2019 was an incredibly special year for me, both personally, and musically. I not only got to see some incredible local shows around the Twin Cities, but I also got to see my favorite bands play in different states, and even all the way across the world. I went to two world class music festivals, SXSW in Austin, TX, and Riot Fest in Chicago. Both of which were unforgettable experiences. I traveled to Los Angeles, CA to see the reunion of one of my favorite bands, and also got to see two amazing shows in Europe I was doing graduate research in Geneva, Switzerland.

That being said, I admit, I am going to be a little selfish right now and include shows that weren’t Twin Cities specific (sorry!).

But before I dive into my carefully contested top five sets of 2019, I want to provide a shout out to some honorable mentions: Hollerado’s final show at the 7th St. Entry, Knocked Loose at the Skyway Theater, Vampire Weekend at The Armory, and White Reaper/The Dirty Nil at The Amsterdam.

Without further ado, let’s get this list started. Here are my top five shows of 2019.

5 – The Menzingers at the Varsity Theater

Before creating this list, I wanted to strive not to repeat artists/bands I included in my 2018 list. However, The Menzingers set at the Varsity Theater October 29th was too good for me not to include again. If you know me and/or observe my Spotify listening habits, you’ll know I have the biggest obsession with The Menzingers. They’re one of those bands I can never get sick of, no matter how many times I spin their tracks over and over. Even if excessively.

This year, The Menzingers released a new album, Hello Exile, that dropped a few weeks before their show at The Varsity. Upon its release, I instantly fell in love with that record. I deeply sunk into it before the show. For me, getting to see those songs performed live for the first time was intoxicating. The Menzingers never fail to put on a great live show, and even mixed it up by performing a beautiful, acoustic rendition of their well-known song, “Casey.” They always seem to have such an amazing time on stage, and the energy and sentiment flowing around the room seems contagious. I’m also incredibly fond of the two bands that opened (Culture Abuse and Tigers Jaw) for The Menzingers at the Varsity, so that night truly was the perfect blend of fun, nostalgia, and euphoria. 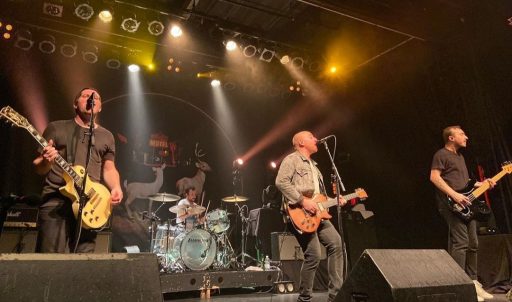 My first experience at Riot Fest in Chicago was one for the books. Three amazing days full of music, beer, and fun in the sun. Just about every band I saw at Riot Fest put on an amazing show, but there’s one band that sticks out in my mind the most — Slayer. Going into Riot Fest, there were so many bands I wanted to see, but Slayer was on my “absolute priority” list. I knew this would be my last opportunity to see one of the most legendary metal bands of all time, as they were gracing Riot Fest on their “farewell tour”. Sure enough, they did not disappoint. Their set was full of brutality, pyrotechnics, headbanging, and plenty of drunken people in the crowd yelling “SLAYERRRR”. Plus, it was fun watching my friends sit through an entire Slayer set while I danced around and screamed along. 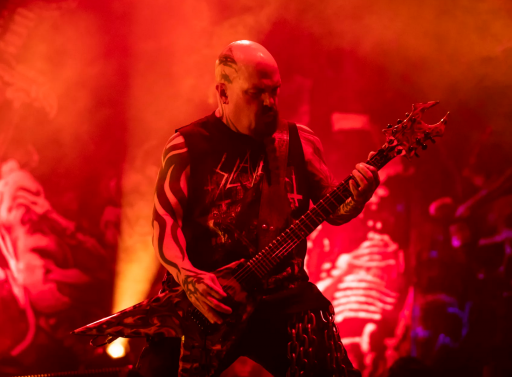 3 – Frank Turner at the Pantages Theater

Now, it’s not everyday you get to see the energetic folk punk rocker in a quiet, seated venue, but this show completely blew me away. Frank Turner with the Sleeping Souls stripped down in a theater had the potential to be either really great, or something that wasn’t everyone’s cup of tea. However, it ended up being quite possibly the best Frank Turner show I have ever seen – and I have seen him seven times.

This show showcased a whole new side of the English singer-songwriter, as he masterfully mesmerized every person in attendance with his beautiful harmonies, humility, and exceptional musicianship. Going into the show, I was worried that the soft, acoustic renditions of his songs wouldn’t hold up to the original ballads in a live setting, but god damn. Does Frank Turner know what he’s doing. I have to admit, some songs were so beautifully touching (looking at you, “The Way I Tend To Be”), I shed a tear quietly in my seat. This show was so heavenly, it’s hard to describe the surreal and blissful journey that Frank took us on that night. 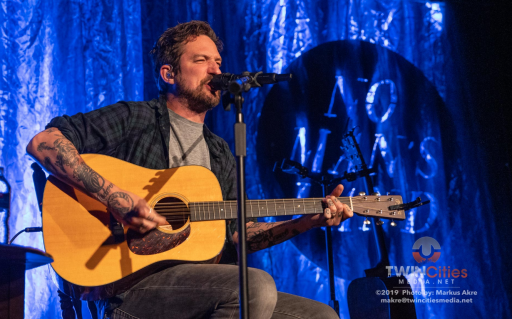 Seeing Metallica in Europe has been a bucket list dream of mine since I was 14 years old. And if you were to tell the kid listening to Metallica in her bedroom night after night, hanging on every riff, studying the discography, and watching all the live shows on YouTube that she would get the opportunity to see her favorite band in Europe on day, well I don’t know if I would have believed you. But this past summer, I got to live out that crazy bucketlist dream in Mannheim, Germany, where I saw Metallica play the last show of their European “Worldwired” Tour. Not only was this show surreal for me because I got to see my favorite band in Europe, but I got to see them on the barricade. Close enough for James Hetfield to spit on me. This show was incredibly special and probably the most fun I have ever had at a show. Being able to see my favorite musicians up close and personal in a completely different country was completely surreal and indescribable. I’ll never forget it. 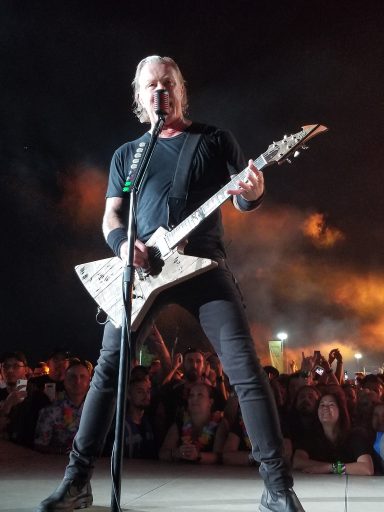 The Ghost Inside are a band I hold very near and dear to my heart. They’ve picked me up, kept me going, and helped me stand on my feet when I didn’t know how to anymore. I’ve seen them a total of seven times, and have traveled all over the continent (including Winnipeg, Canada) to see their shows. On November 19, 2015, the band got into a fatal bus accident near El Paso, TX. As a result of the crash, everyone in the band was faced with life altering injuries and losses – mostly notably drummer Andrew Tkaczyk who lost his right leg. After the accident, the future of the band was completely uncertain. TGI faced a challenging, arduous, and extensive recovery process that would be more than enough to test anyone’s patience, spirit, and physical limits.

This year, almost four years after the accident, the band played their first comeback show at The Shrine in Los Angeles. When this show was announced, I knew I couldn’t miss it. This band has meant so much to me throughout the years, and the opportunity to be at the first show after the accident was beyond special. I waited outside in the toasty California sun for almost 5 hours before doors opened with fellow die-hard fans from all around the world so I could be one of the first at the barricade. The bonds I made with complete strangers that day was amazing. We were all there for the same reason. Supporting and celebrating life. When TGI took the stage, it was absolutely explosive. They played a 19 song set and absolutely crushed it. Seeing my favorite band come back from the brink was unforgettable. There were tears, there was laughter. To me, this show represented strength beyond strength, and I’ll never forget the passion, love, sweat and tears shared between the band and the fans who flocked in from all around the world. As TGI says, “Life’s swinging hard, but I’m swinging harder.” 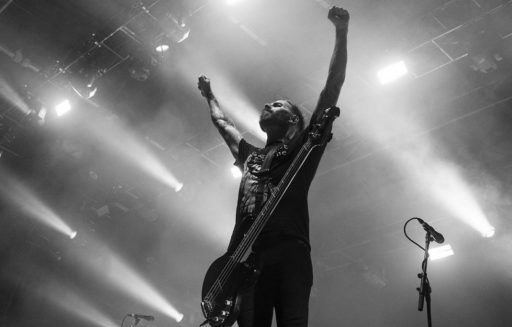 A warm spring day, some alcohol and a packed venue is how many Minnesotans spent their Friday night. New York based duo SOFI TUKKER helped turn strangers into friends if only for one night. Minneapolis […]

The last time I was at the space that is now Music Hall Minneapolis was about seven years ago when the venue went by the name of Mill City Nights.  While it still is the […]

My photographer and I gave each other a glance. We really didn’t need to say anything, the glance said it all– Why the hell are we here? Neither of us knew anything about any of […]