Kind Country released their debut self-titled album Kind Country in the fall of 2013. Formed as a 4 piece string band (Guitar, Guitar, Mandolin, Bass) in 2012, Kind Country soon grew into a full 6 piece bluegrass band adding fiddle and banjo. In 2014 the band began to include drums in their lineup on occasion and now plays almost all of their performances with a drummer. Kind Country also on occasion incorporates Keyboard and Saxophone into their live performances bringing the total number of musicians to 8. In late 2015 the band released their second full-length studio album, Hwy 7, recorded at Neon Brown studios in Golden Valley MN. 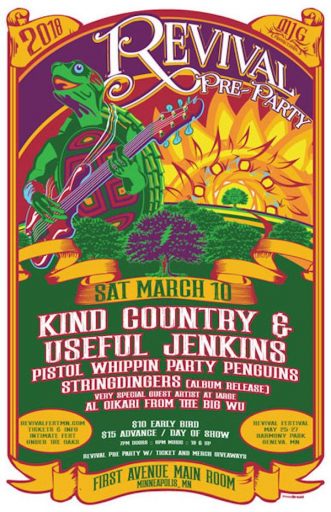 You can catch one of Kind Country’s staple tracks below an still get tickets for the show!