Metallica, one of the biggest metal bands of all time, was the perfect choice to debut the new US Bank Stadium. With the concert announced months ago and tickets selling out fast (and going for a premium through ticket agencies), the benefits to all that were involved were bound to be significant. On Saturday, it was really the Metallica fans who benefitted the most. Instead of getting to see the mighty four horsemen perform a tour-like performance, they got to witness a full-on Metallica-style gig that pulled out all the stops. 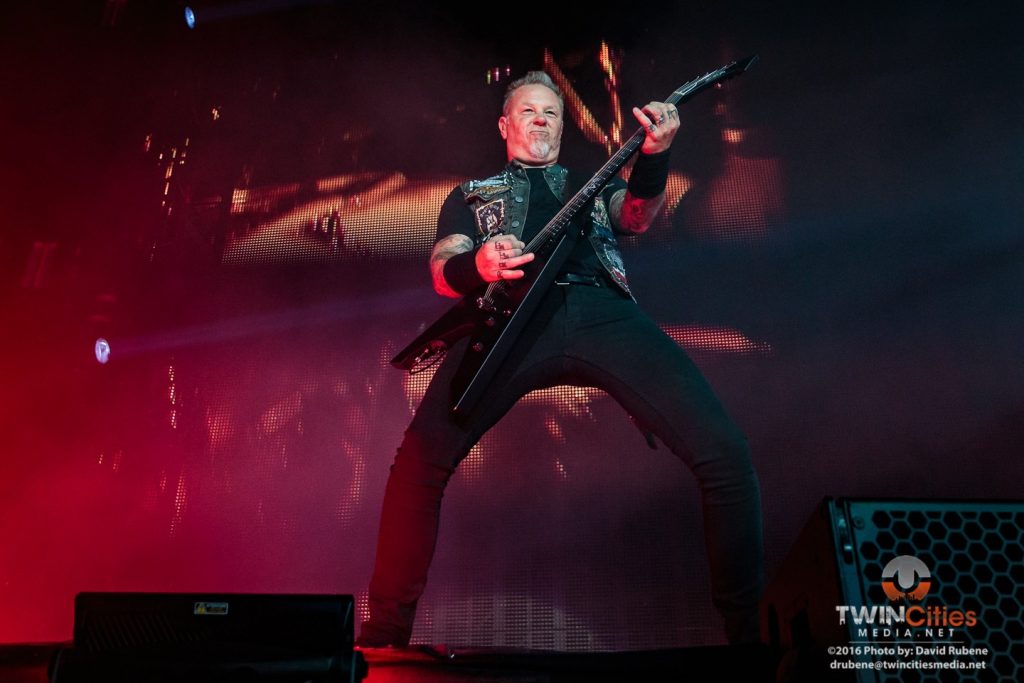 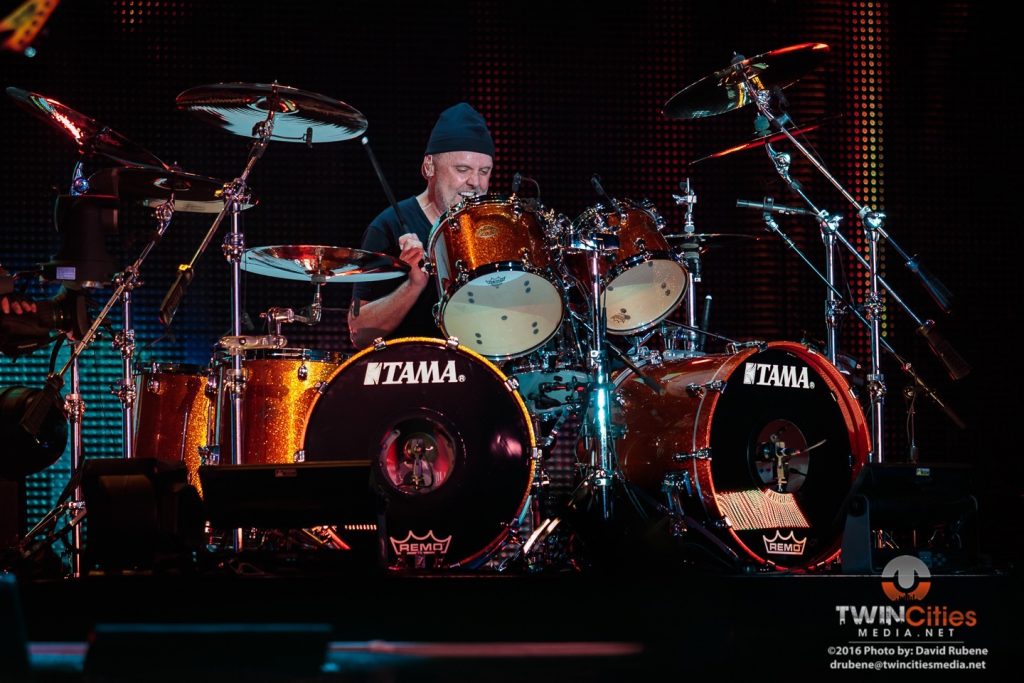 It was clear from the start, however, that Metallica had something to prove on this evening. In true high volume metal form, they hammer through a set that was filled with mostly old favorites. The group came out swinging, connecting strongly early on with Creeping Death and immediately followed with a very dramatic For Whom the Bell Tolls. The adrenaline rush of the song Fuel only extended the high enthusiasm for this much anticipated night. 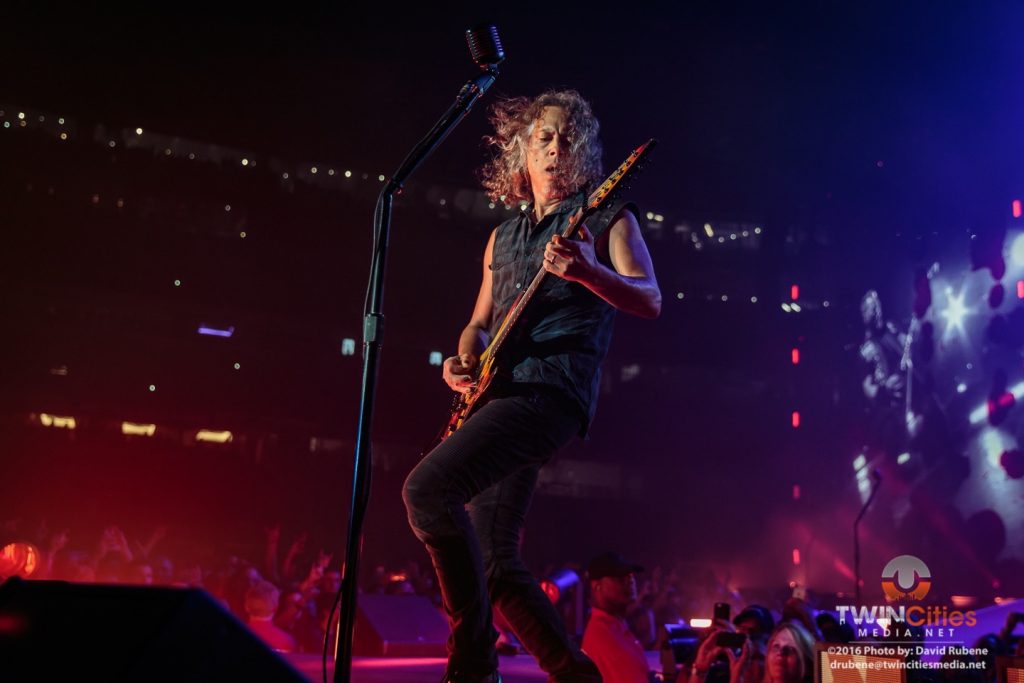 It was great to see that, even after 35+ years in the business and over 100 million albums sold, Metallica can deliver such a powerful performance. All four members were in top form, working a long stage that stretched across most of the one end zone. Behind the players were tall video screens, which magnified the action for all to see. Pyrotechnics flew from the top and sides of the stage and there were beautiful laser light displays. 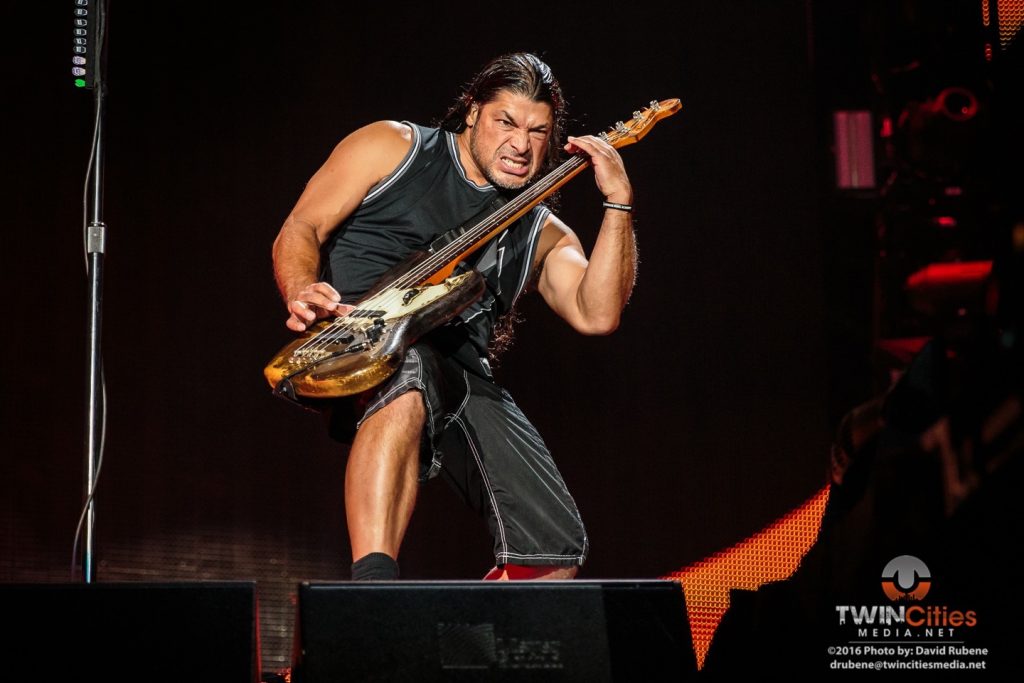 Trujillo was in constant motion for much of the night, plucking at his instrument in ways that reminded me of the late John Entwistle (though highly active on stage). Hetfield sounded strong on the microphone, especially on the stunning version of Leper Messiah while Ulrich was the battery that made the whole thing go. Hammett was extremely impressive, charging Master of Puppets, Battery and other numbers with absolutely terrorizing leads. The band even went back to its debut, 1983’s Kill ‘Em All, and closed the main set with the powerful Seek and Destroy. Metallica finished with a four-song encore, which included Hardwired from their upcoming album Hardwired…To Self-Destruct (releasing November 18th). The encore topped off  with the popular song Enter Sandman.

Sir Sly Is Slick At The Fine Line For A GoShow

My introduction to Sir Sly’s music is probably similar to many other alt radio station listeners. In the summer of 2017 there suddenly was this song that sounded both familiar and very different at the […]

The bell is set to ring one final time for Black Sabbath. The pioneering English heavy metal band has announced that it will embark on its farewell world tour in just a couple of weeks. […]