Megadeth was the key headliner for 93X’s Brotherhood Ball at an extremely packed Myth in Maplewood, MN this past Saturday evening (March 12, 2016).  Anticipation for the event was very high as the event advertising had been going on for months. With the special ‘Brotherhood Beer’ flowing strong, the crowd was ready for the performances to begin. Warming the stage for Megadeth were openers Havok, Children of Bodom, and Suicidal Tendencies. I recall “back in the day” when Suicidal Tendencies and Megadeth toured together to monster reviews. All the opening bands killed it with each putting a personal touch to their set. At the end of Suicidal Tendencies set, singer Michael Muir was standing at the pit wall leaning into the crowd for handshakes and high-fives. 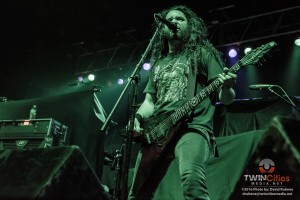 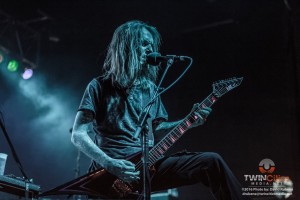 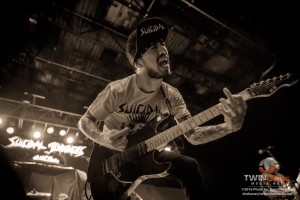 But the focus of the evening quickly changed as Megadeth hit the stage. After a brief build-up intro, the band ripped into Hangar 18. From the first note, Megadeth was on fire. Megadeth played a set that took the fans through all stages of their 30+ years of their career. They hit all the classics like In My Darkest Hour, Wake Up Dead and Peace Sells. One of the highlights of the set was live performance of the new song Poisonous Shadow off the latest album Dystopia. 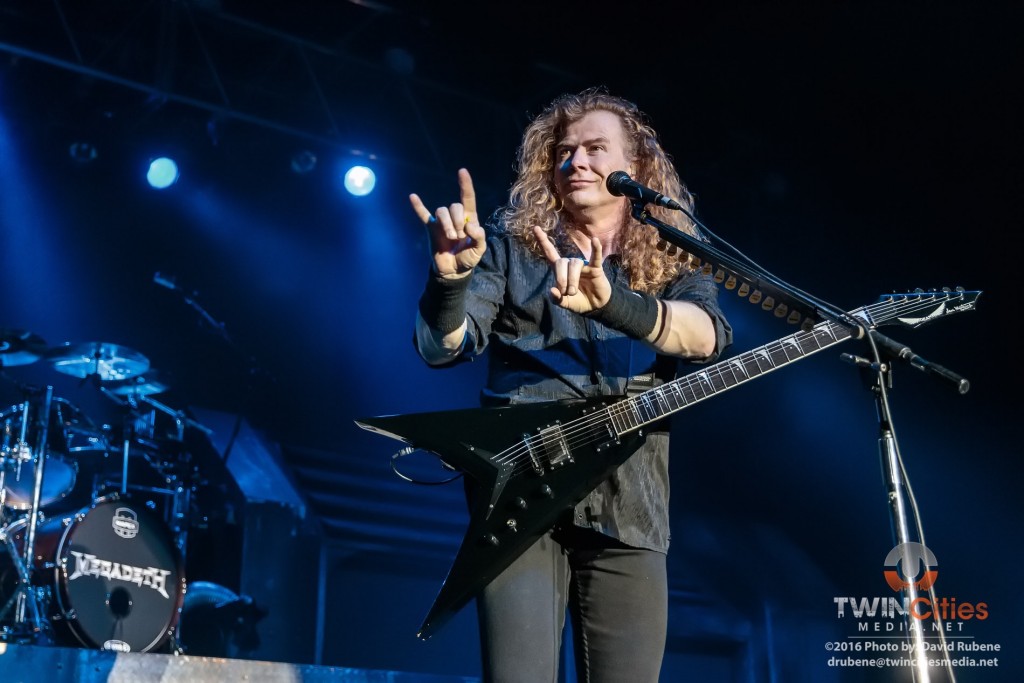 Maybe the new additions to the band are a reason for the heaviness of the new song. On stage they did fit in perfectly. Chris Adler is just a monster on the drum kit. Chris Adler and David Ellefson laid the solid foundation for the two six-string artist. The band’s new guitarist, Kiko Loureiro, was awesome and proved that he is a worthy new member of a band that has always had two strong guitar players. Dave Mustaine gave Kiko enough room to take his place in the spotlight playing a good number of solos. I think that people misunderstand Mustaine when they say Megadeth is only about Mustaine. I think he was never afraid to put another world-class guitarist beside him. Kiko Loureiro is no exception to this history.

The stellar performance ended with a commanding encore of Holy Wars…The Punishment Due. Megadeth has showed no sign of letting up and continues to be a strong driving force that packs venues and plays to the delight of fans new and old.

“Well… here we were thinking we weren’t going to get weird on a Wednesday” said Revere’s Bassist Sean McCarthy as the crowd finally settled down. We were two or three songs into the Ghost of […]

The Armory was Juiced Last Night.

A full house was in order this Saturday night at Minneapolis’s own Armory. Let’s just take in the idea of a packed out Armory, it’s a sight to behold in itself. However tonight Juice WRLD […]

It has been years since I’ve had a chance to see The Gaslight Anthem. There’s something about that band that, no matter what mood I’m in, they have a song to fit it. It’s the […]