Produced by Matt Patrick (Vicky Emerson, John Mark Nelson) and featuring performances by JT Bates and Erik Koskinen, Dreamland further develops the “pop tinged folk, […] somewhat gritty, passionate Americana Roots sound” (Rock N’ Roll View) that caught the attention of many listeners in 2014. Dreamland is a wistful meditation on the tension between what we remember and what we imagine. Hannah’s “fantastically vivid” (Shakefire) lyrics explore the space between where one is and has been, and where one yearns to be. 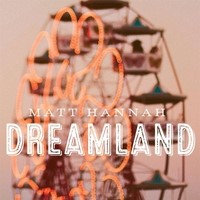