Machine Gun Kelly came to the Myth on Wednesday and all I have to say is holy s**t.

I rolled up to the Myth about 15 minutes before the show was set to start and the line was down the block and then some. I was wondering whether or not they had started letting people in yet, but sure enough, I walked in and the venue was already packed with people still filling in for the next hour. Myth Live was sold out.

The night started shortly after I had gotten in the doors with a DJ by the name of Cam Girl. I’d never heard of her and wasn’t sure what to expect. She delivered nothing out of the ordinary playing top hit rap song after top hit. The crowd was getting rowdy from minute one and I think more people were forcibly removed from the show in the first half hour than I’ve ever seen removed in total.

Before long the LA-based DJ’s set came to an end and the venue fell dark again as they prepped for MGK’s show. Nine O’clock was quickly approaching and the crowd’s patience had already worn thin. MGK chants filled the venue until finally, the Rap Devil took to the stage. 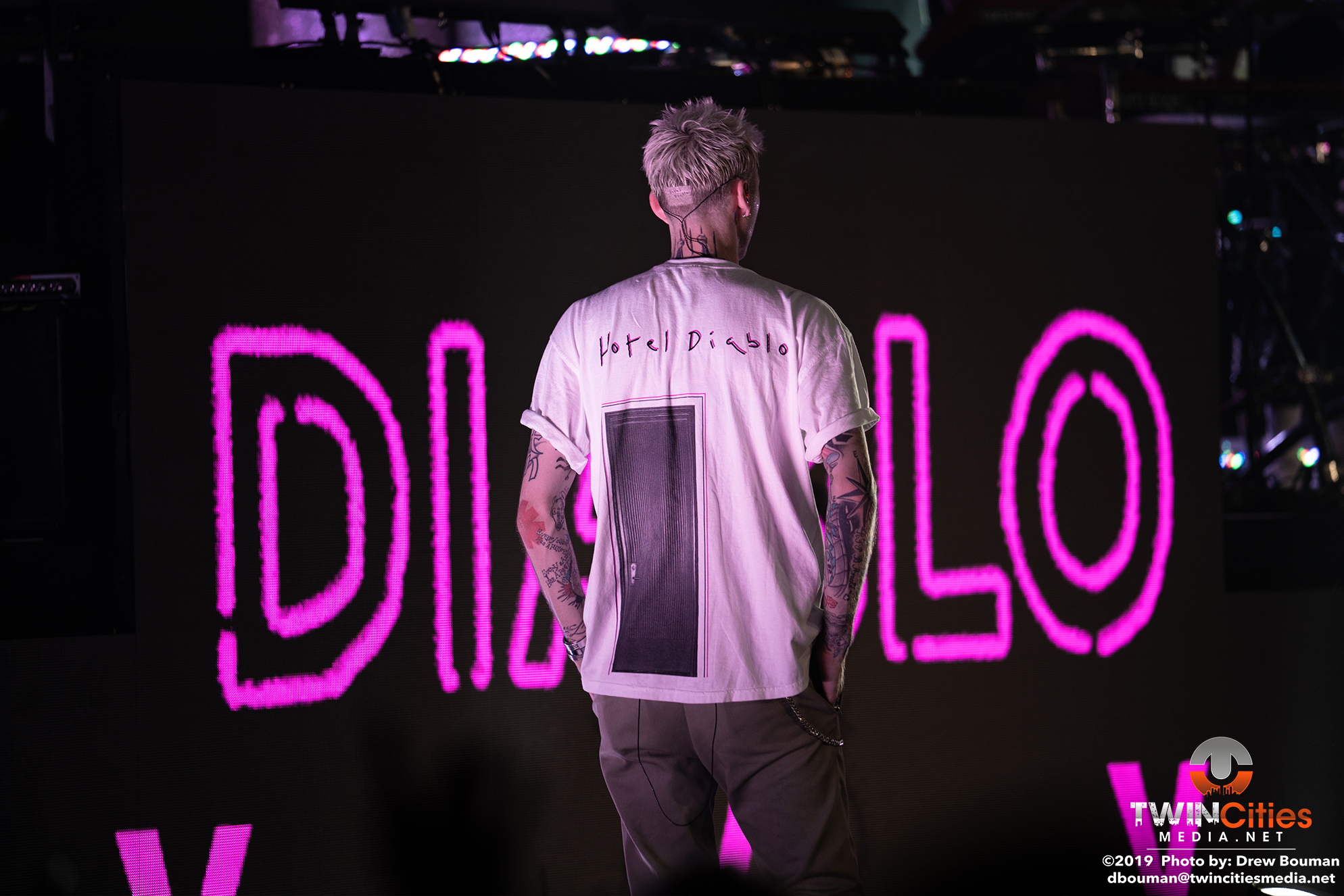 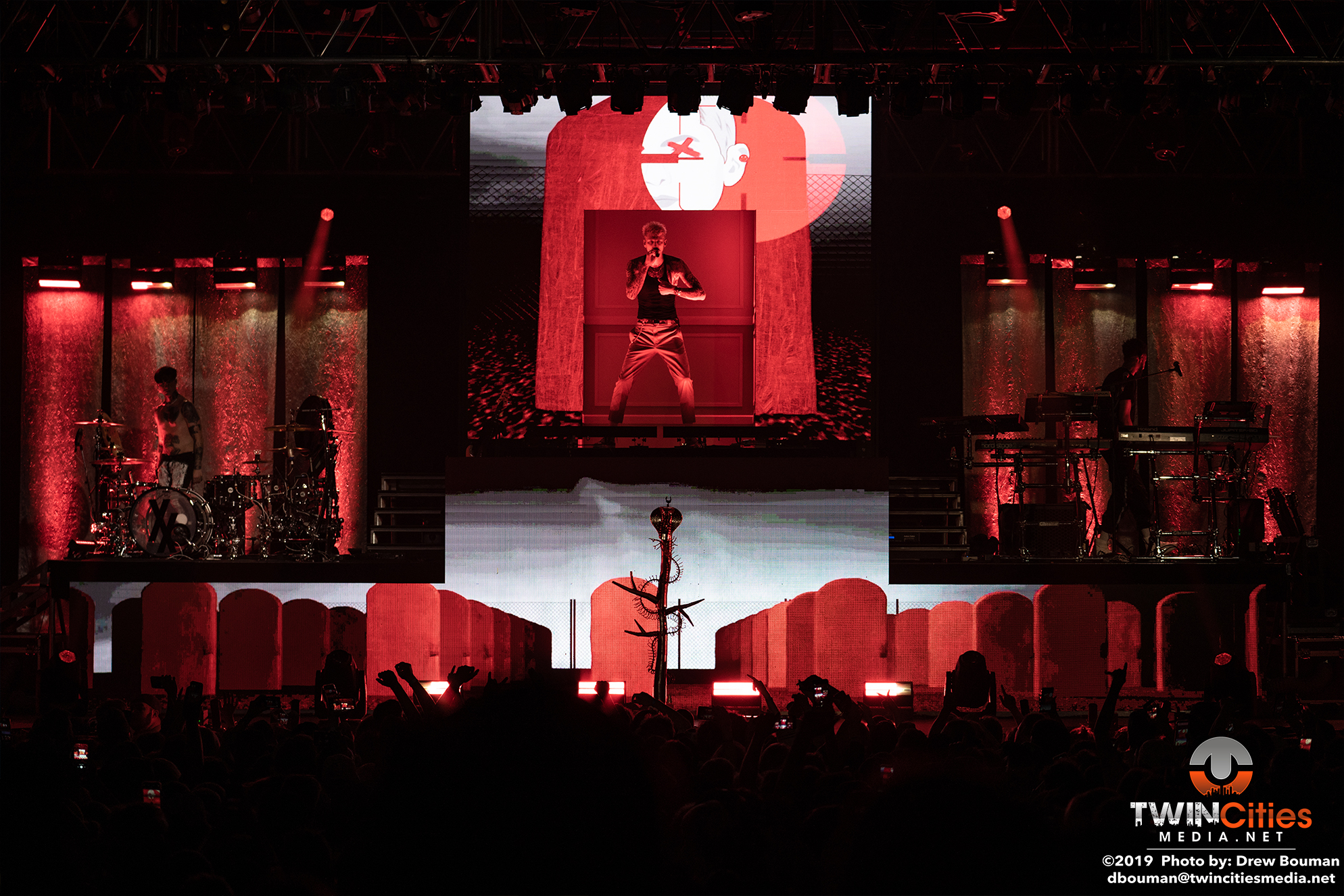 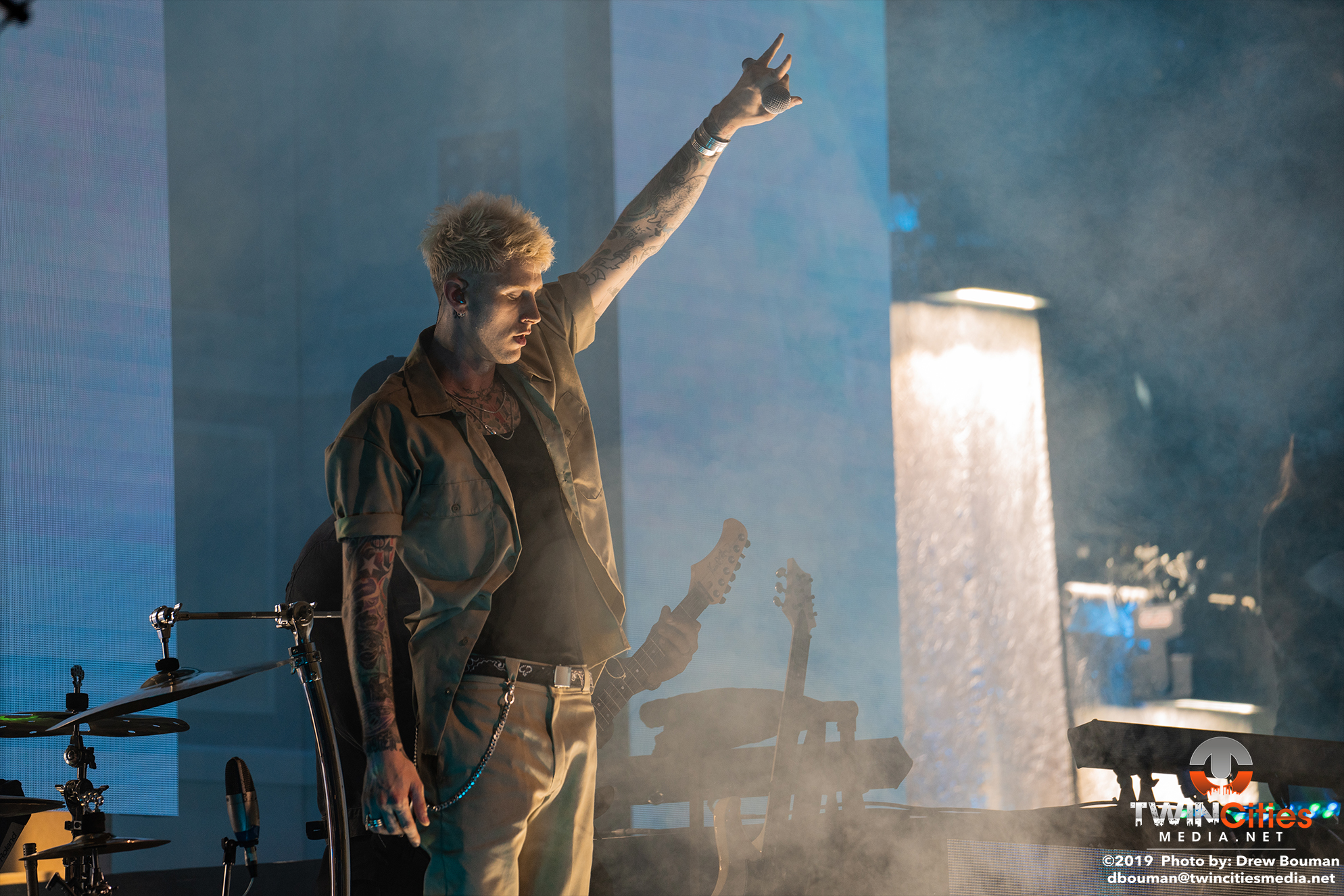 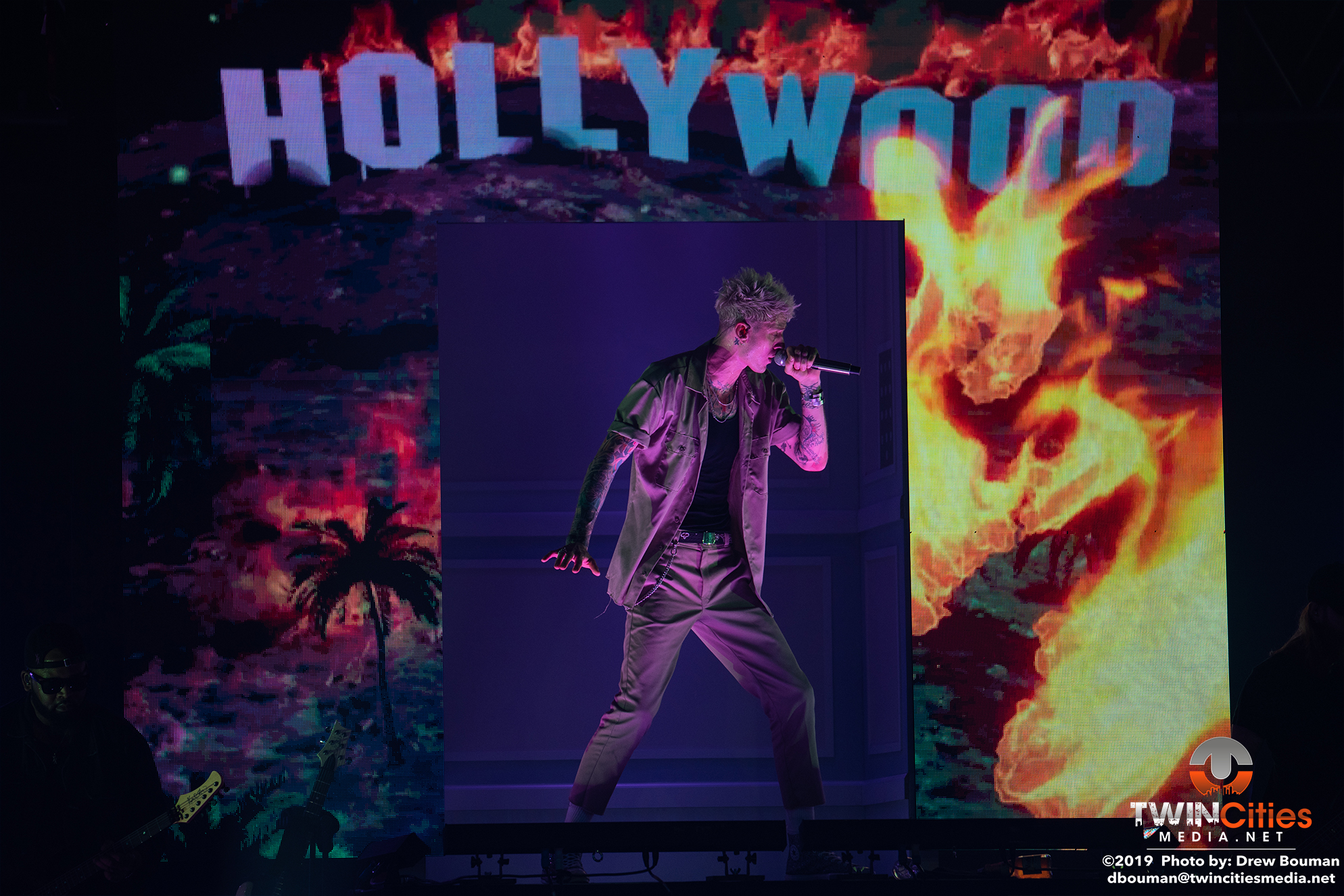 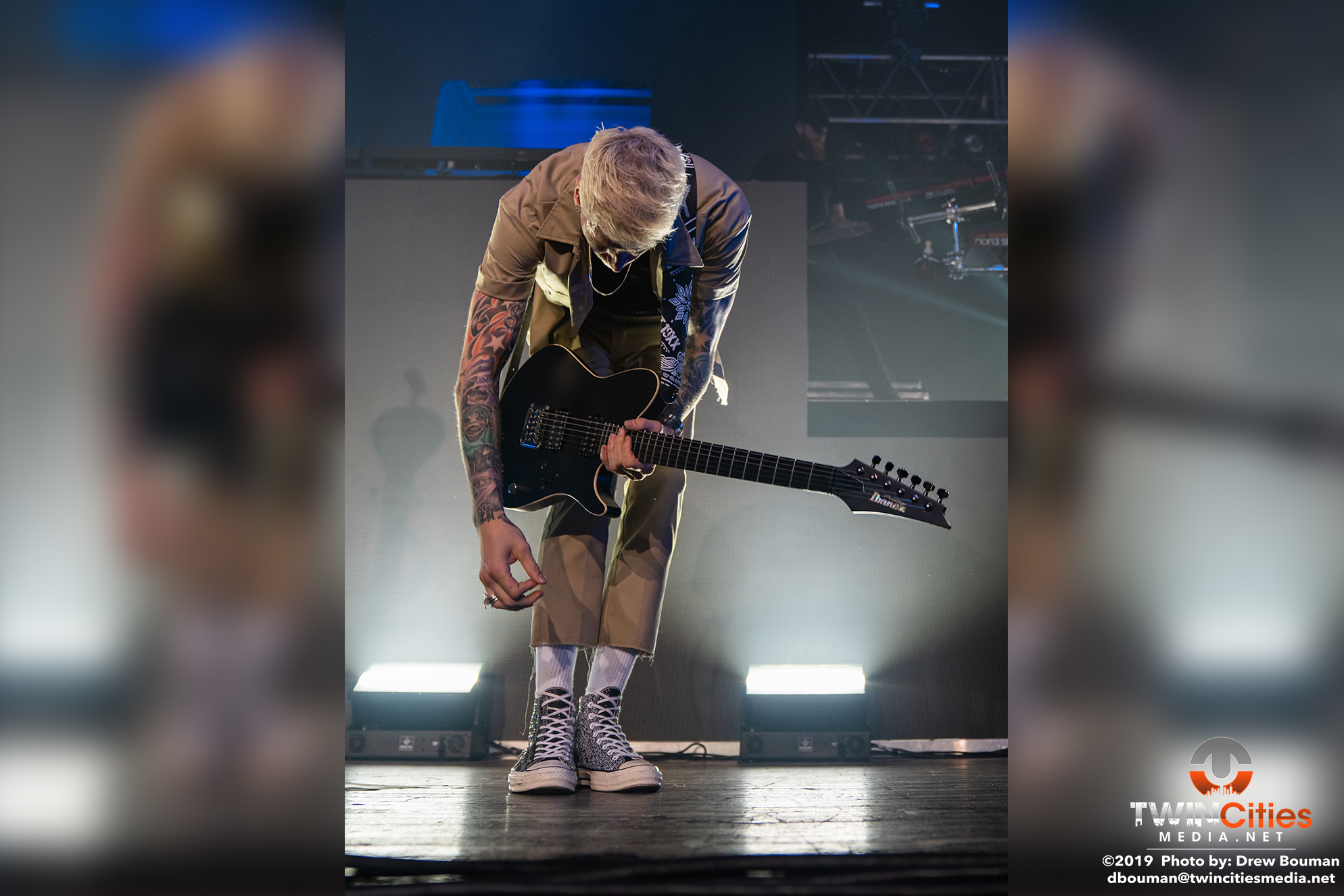 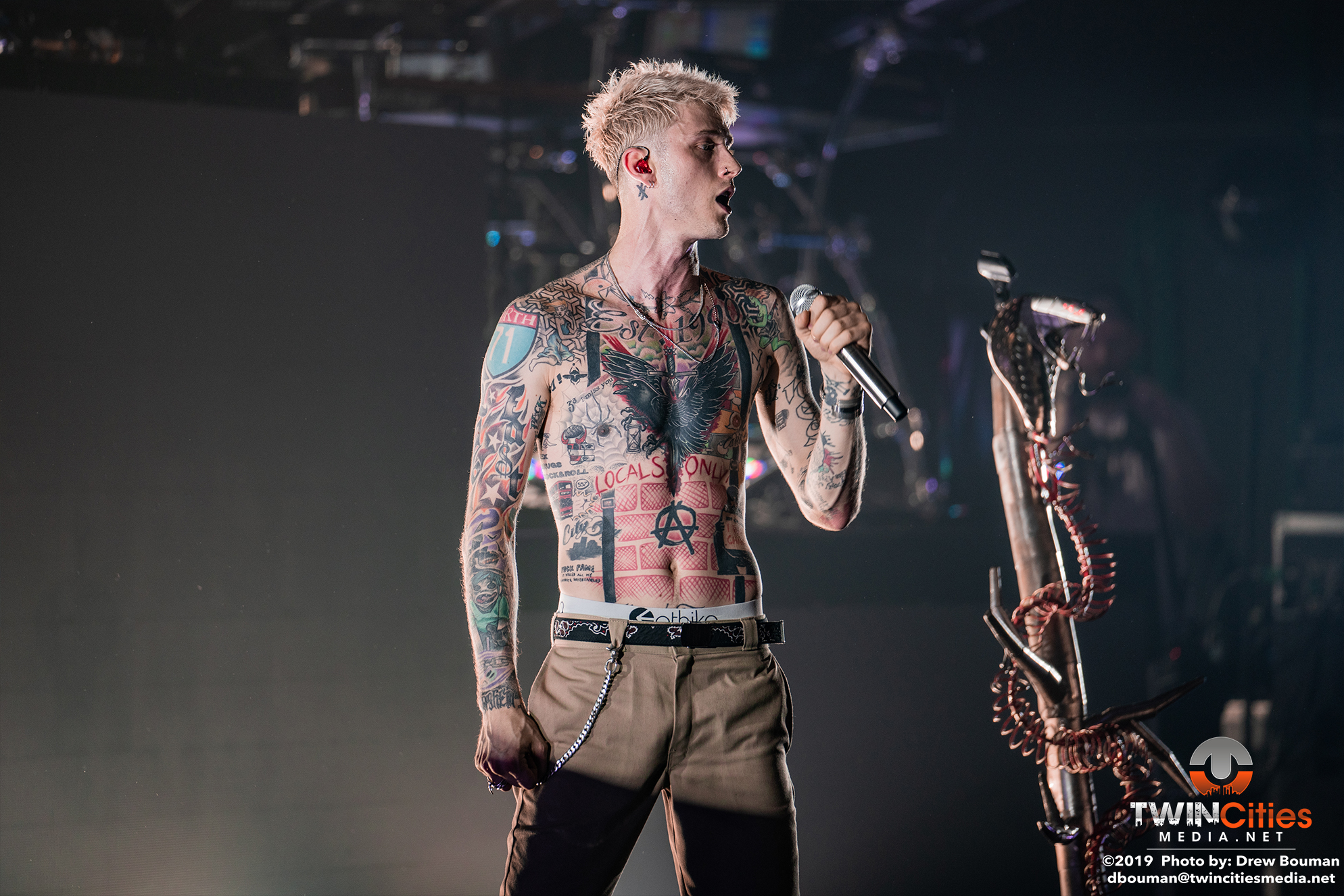 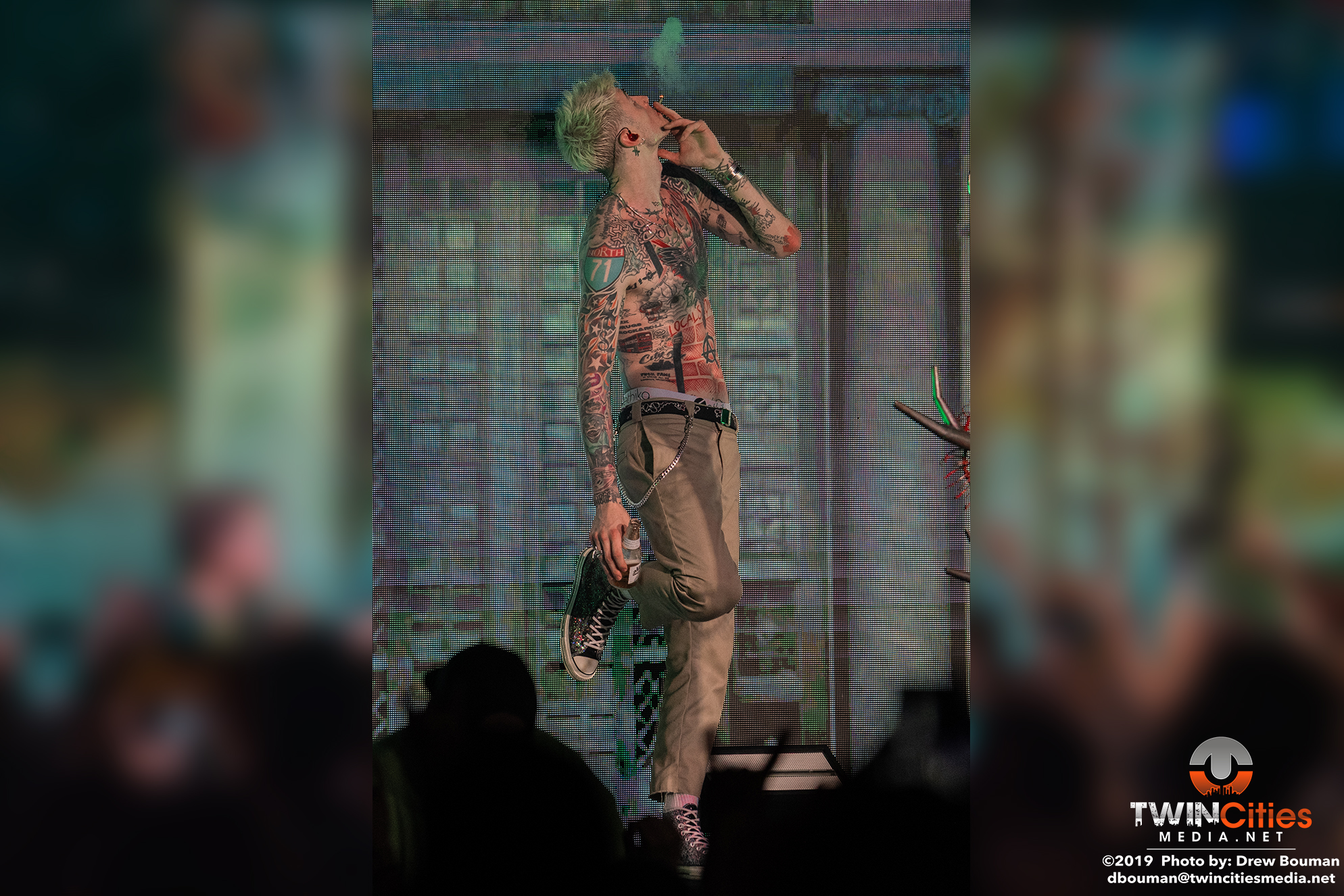 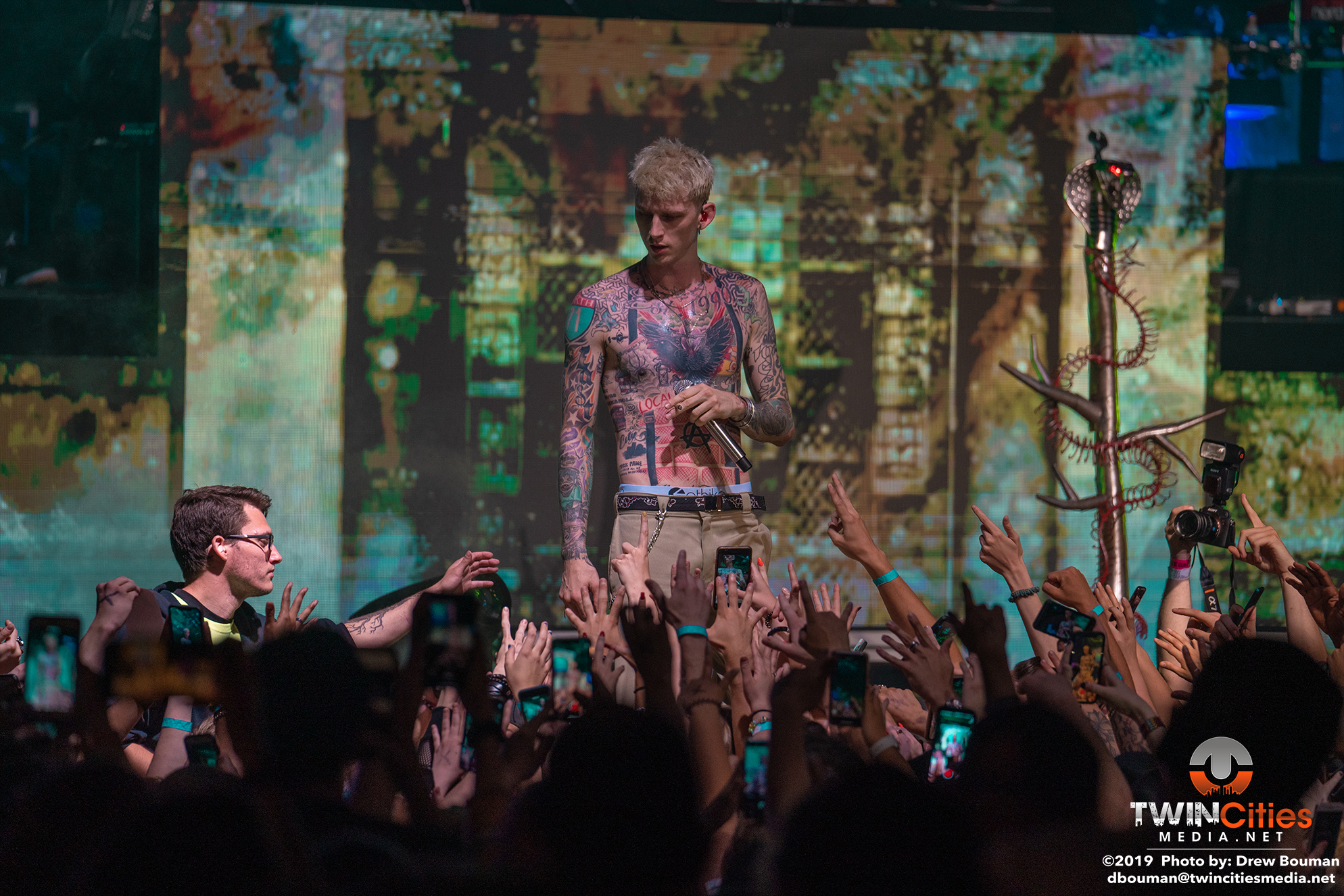 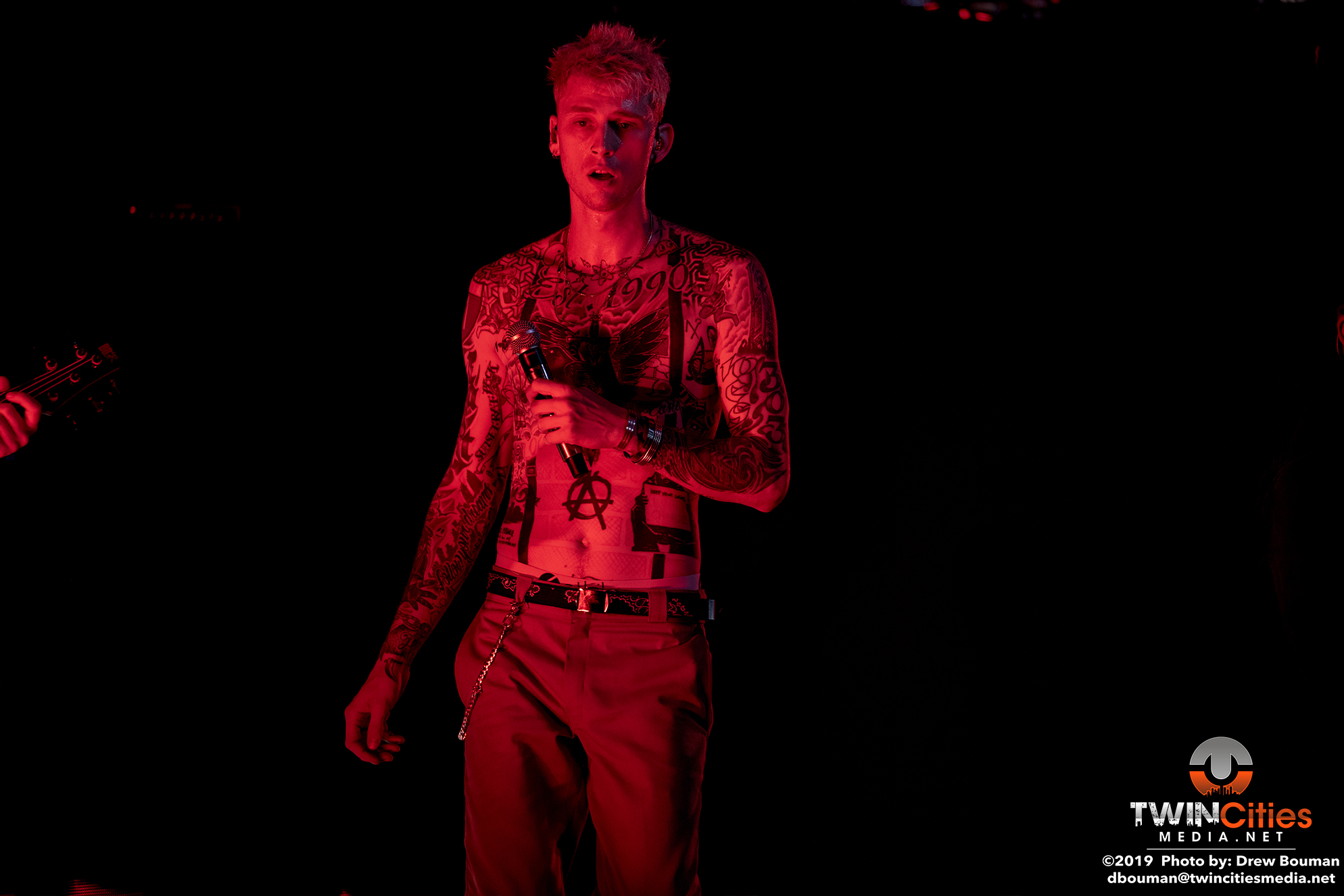 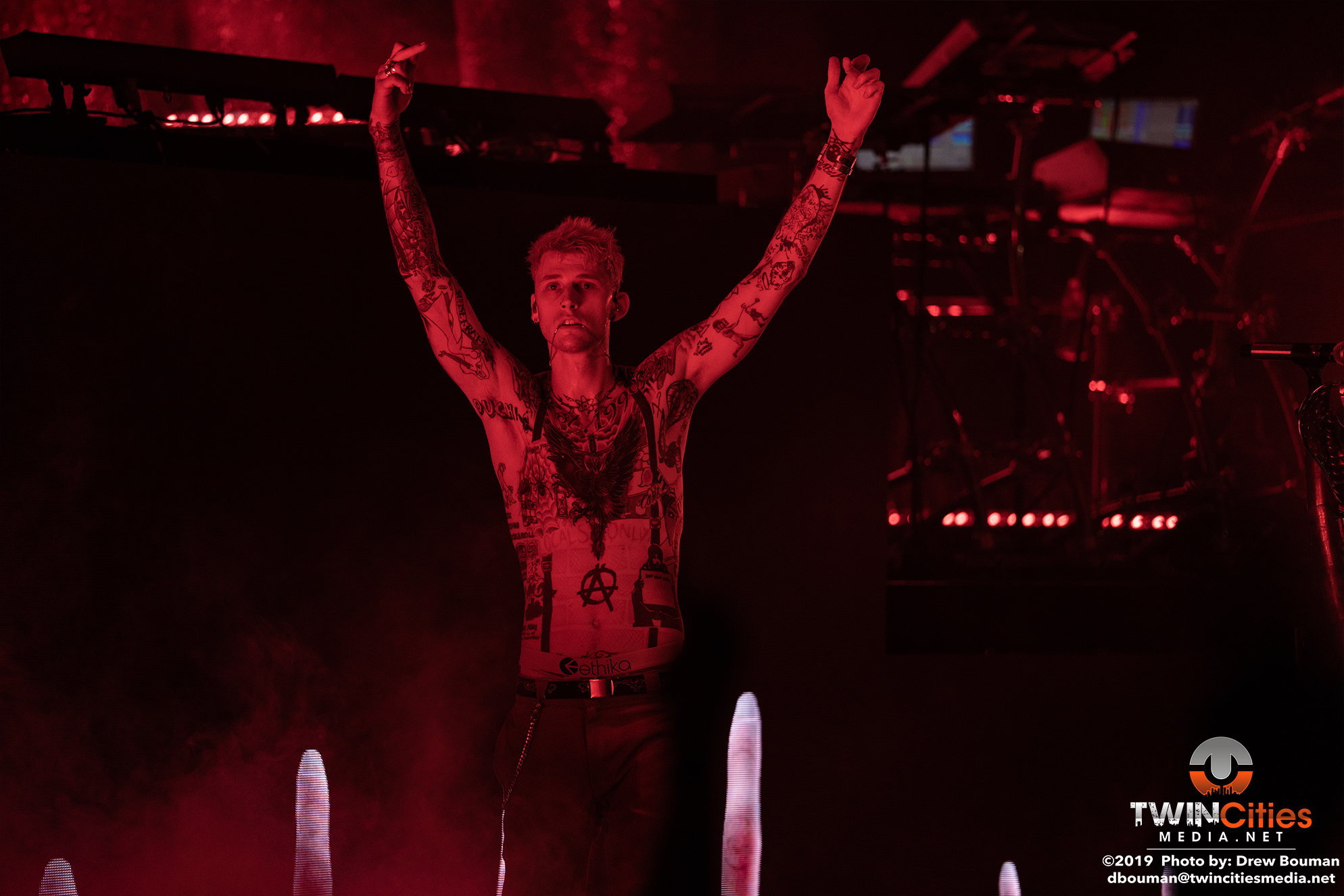 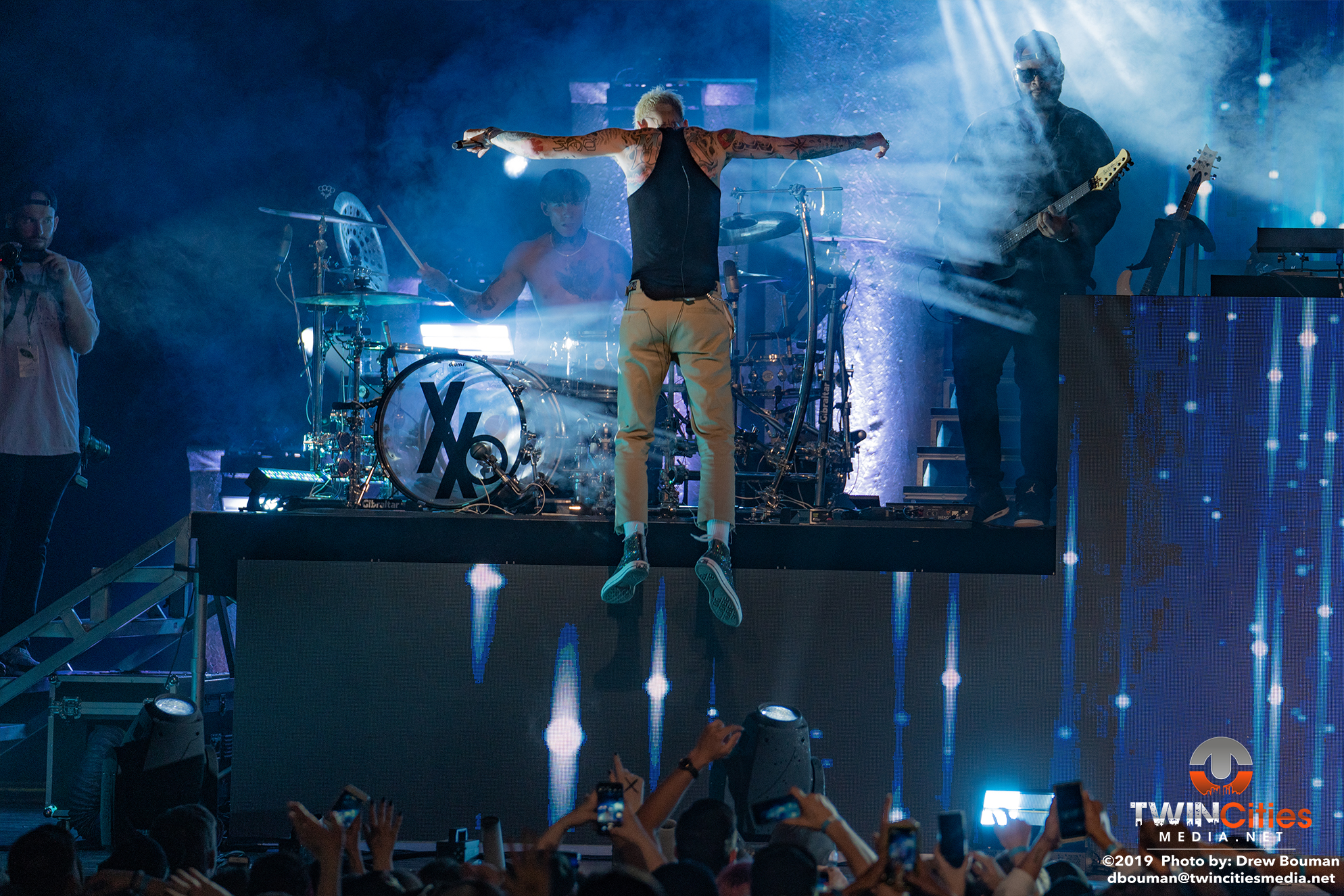 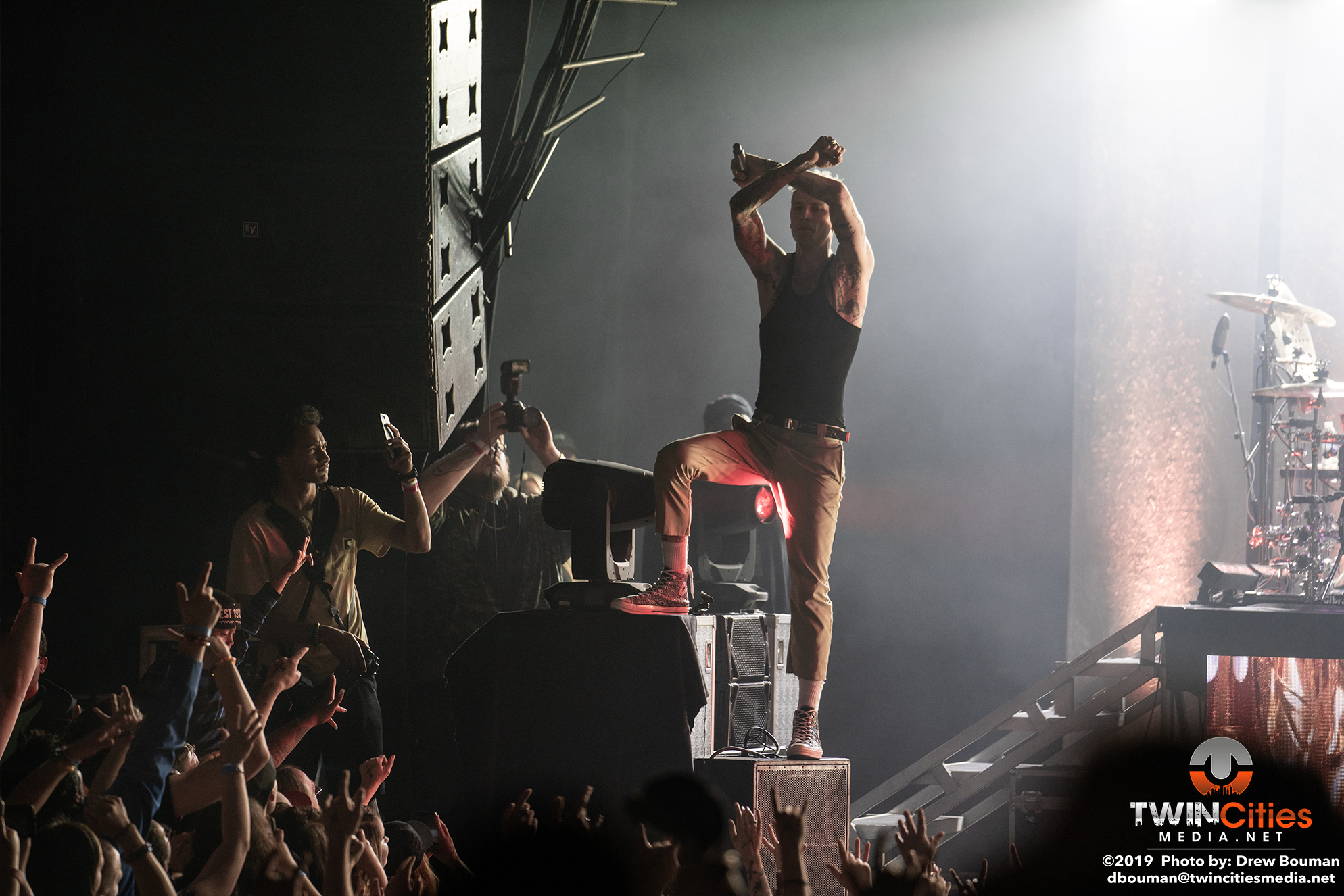 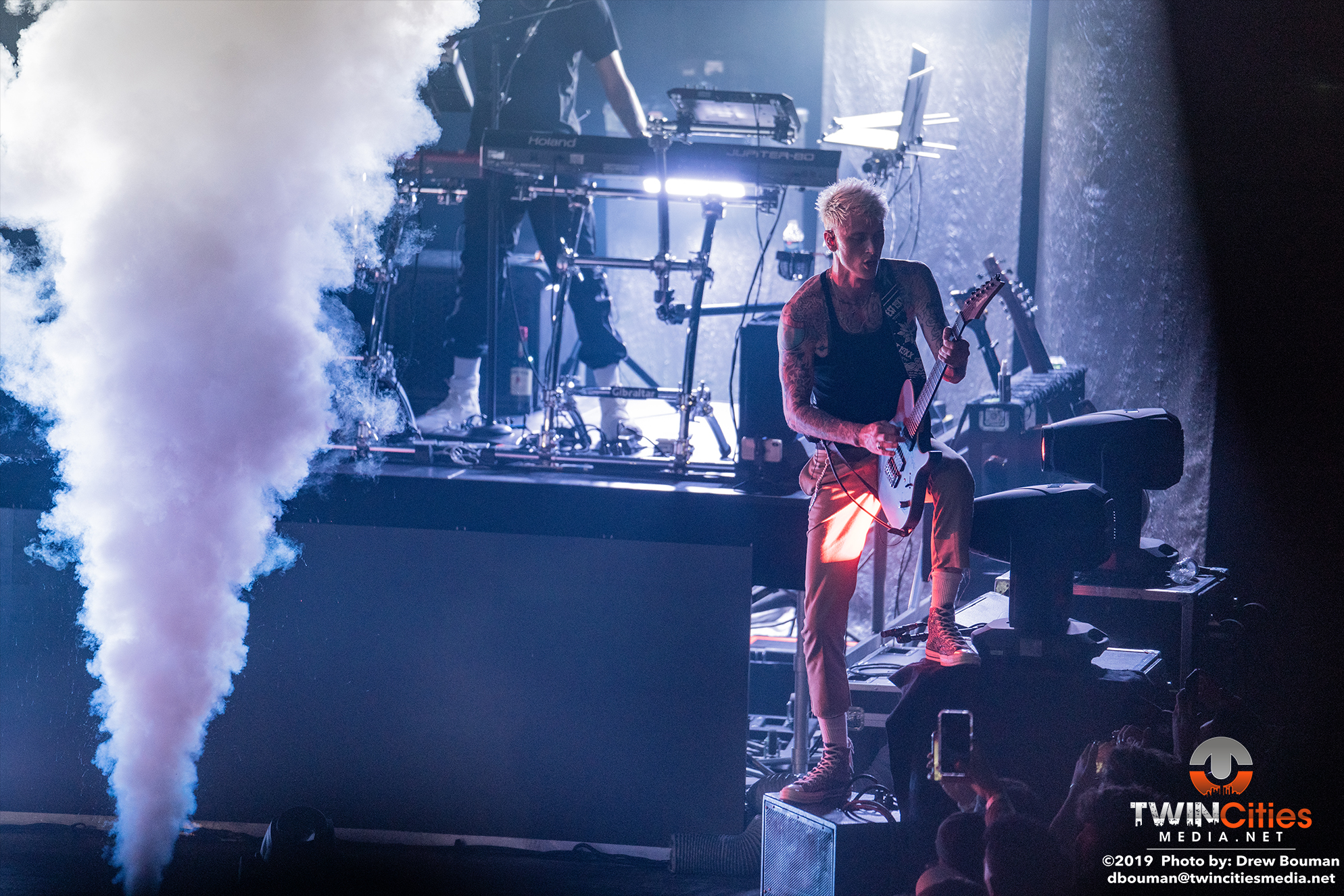 [Show thumbnails]
The show started with a visual of a car driving down a highway to Hotel Diablo, when the car got to the front doors Machine Gun Kelly came out of the massive three-story stage to deafening cheering.

What came next was hours of high energy music along with stunning visuals and a personality that filled the room as the rapper took us on a trip into his mind, a place he called Hotel Diablo.

When I said that all I have to say is holy s**t I was not kidding. From incredible delivery of his verses to shredding a guitar, Machine Gun Kelly really could do it all. And the audience was there for every single minute of it. MGK played high energy hits like Rap Devil, el diablo, and a few songs off his new album that every person in the crowd went absolutely insane for.  At one point we even heard a Shout out the Devil cover.

Every detail was perfect and fit the Rap Devil’s personality to a tee. He came out in a suit and Chuck Taylors that reminded me of classic rock stars like ACDC’s Angus Young adding to his bad boy aesthetic. The rapper used every inch of the stage to his advantage creating a multi-level concert experience giving every song a different feel and look. Live drums and his periodic guitar shredding followed by throwing the guitar high into the air and off stage. The show was high energy, it was reckless, it was great. 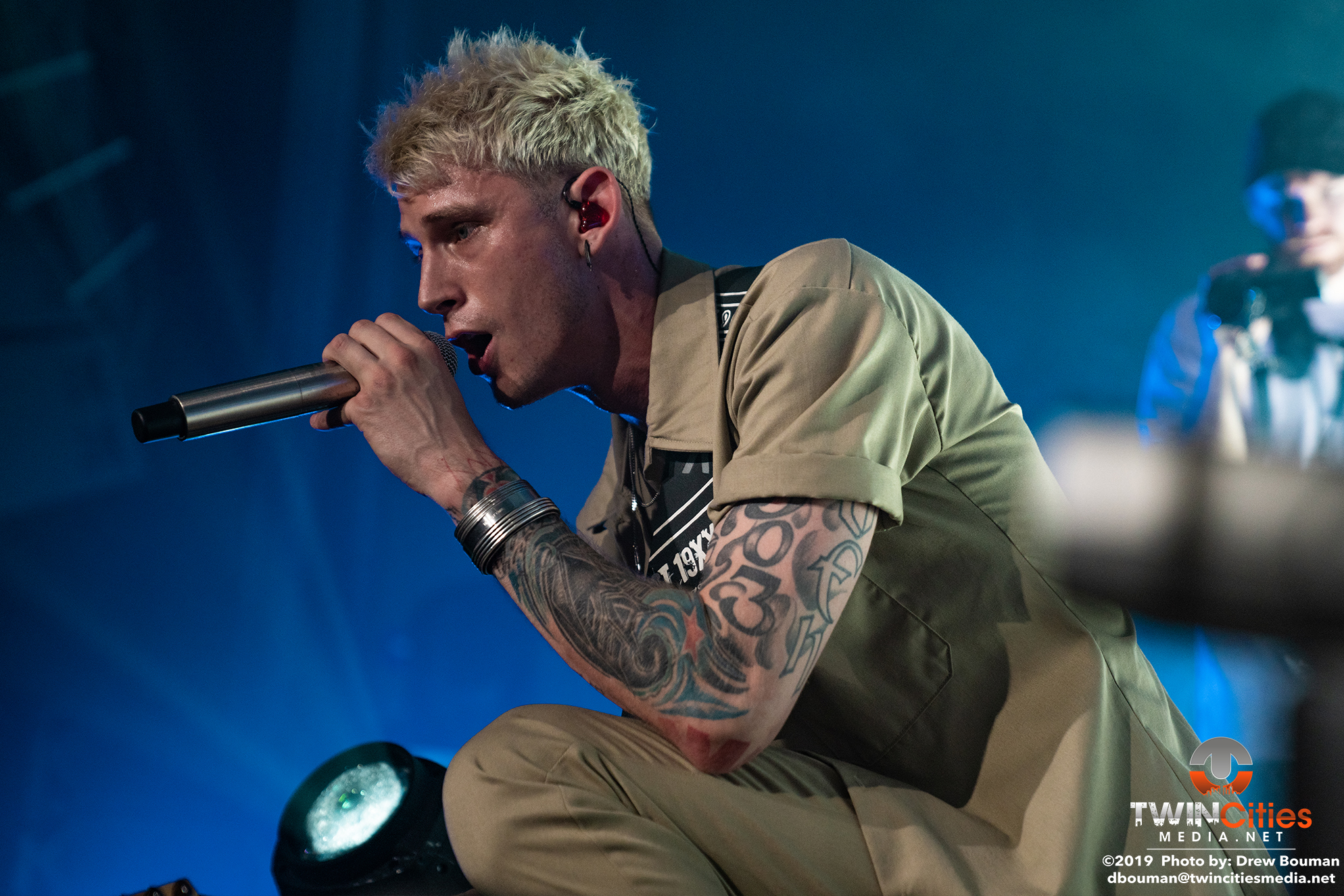 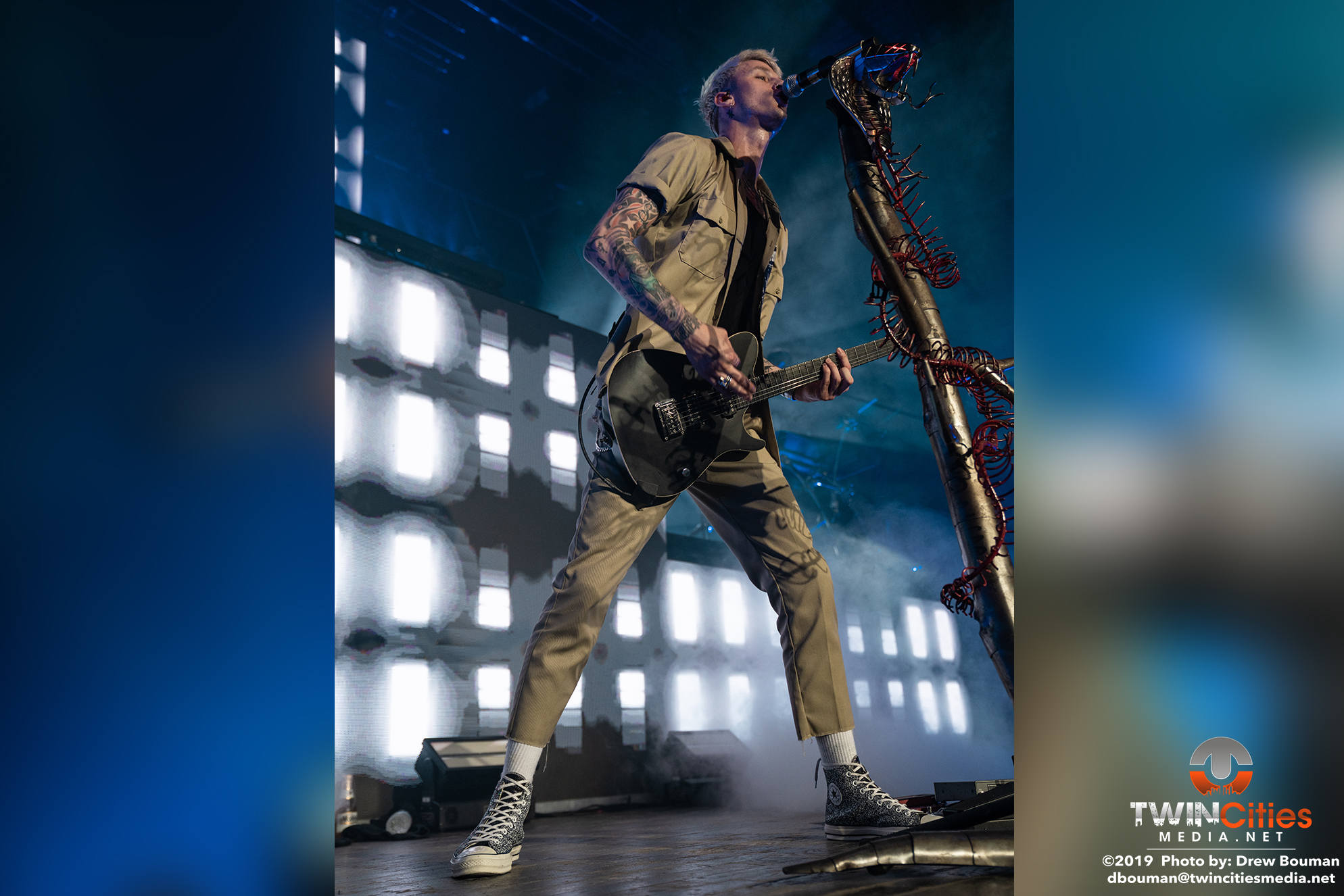 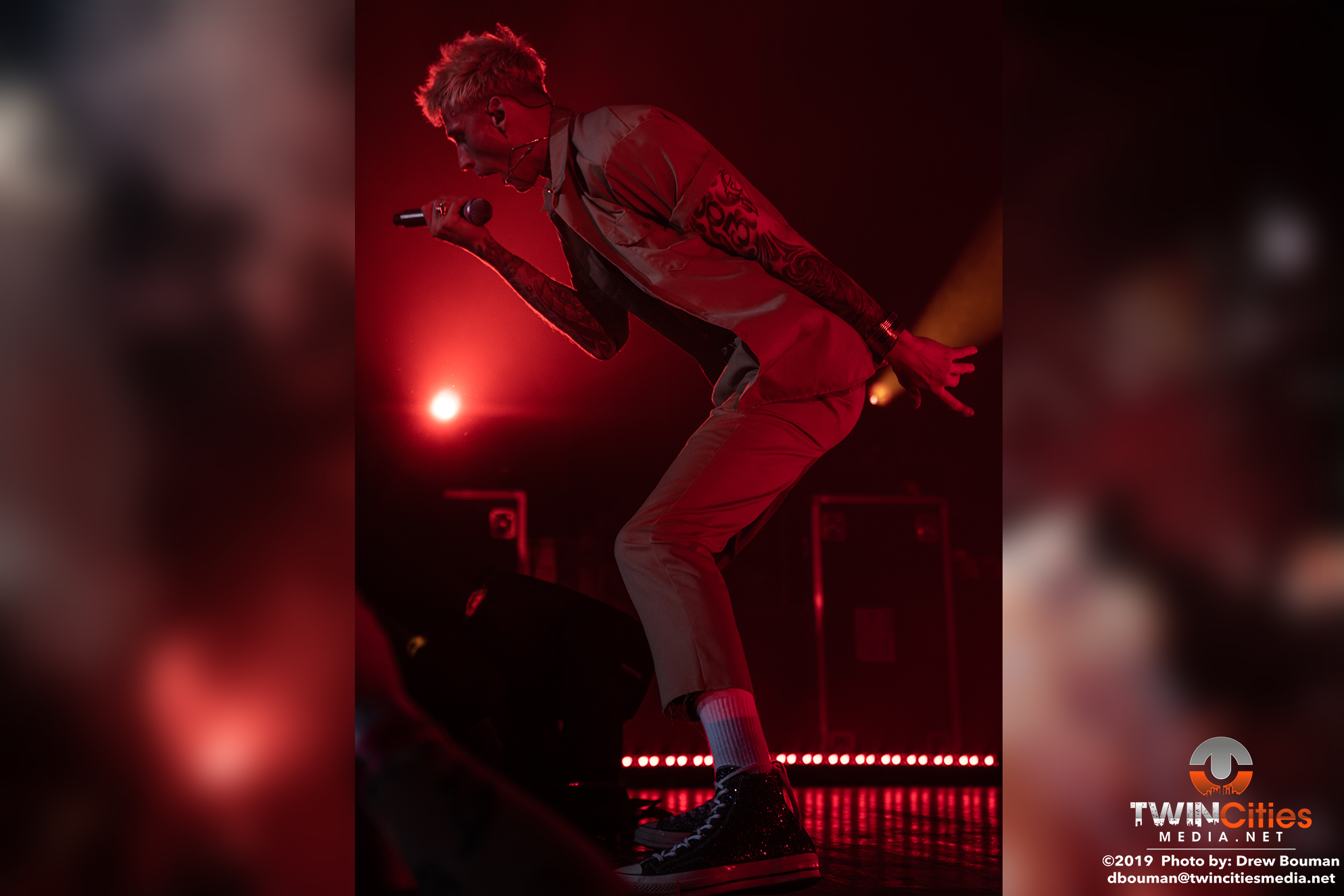 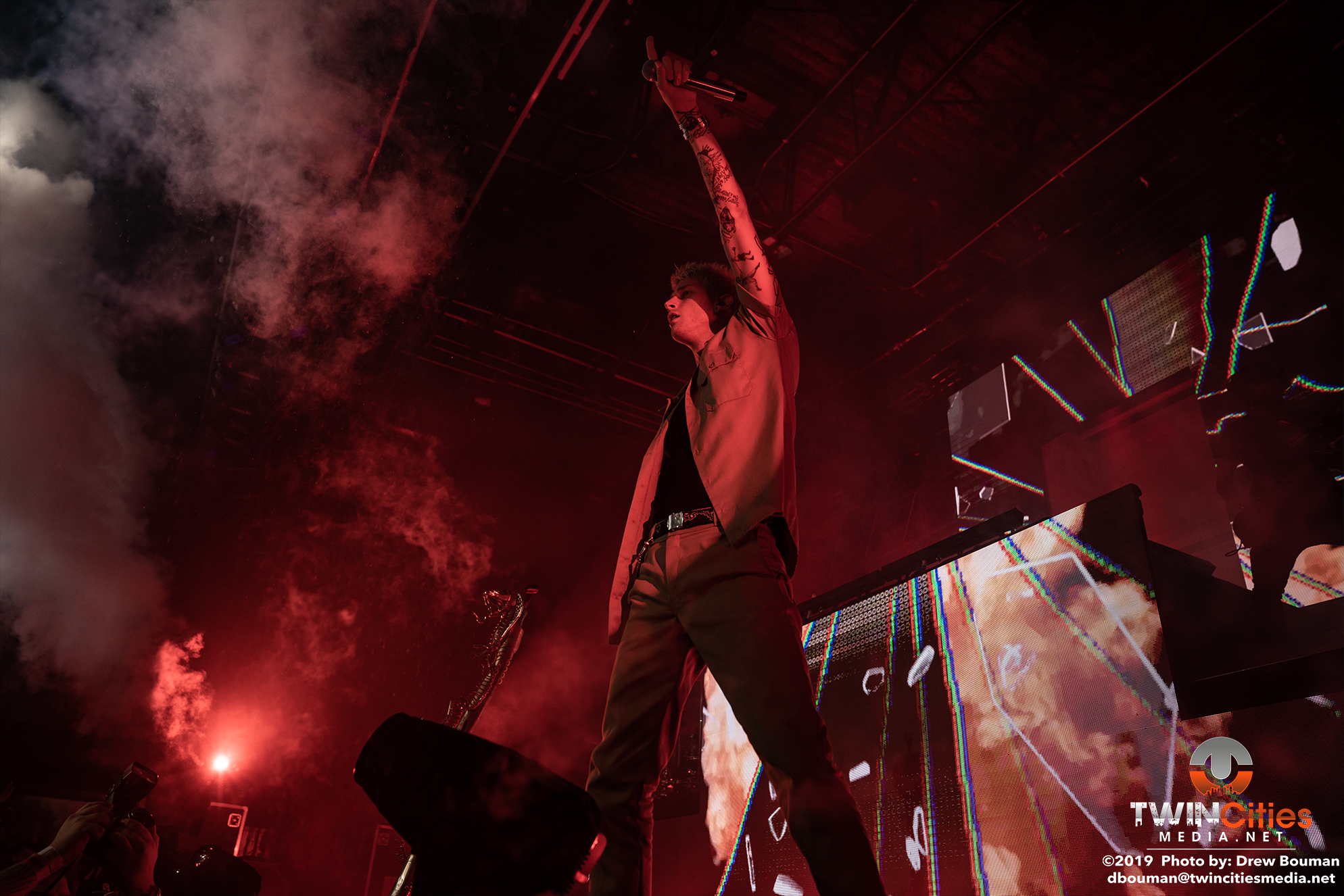 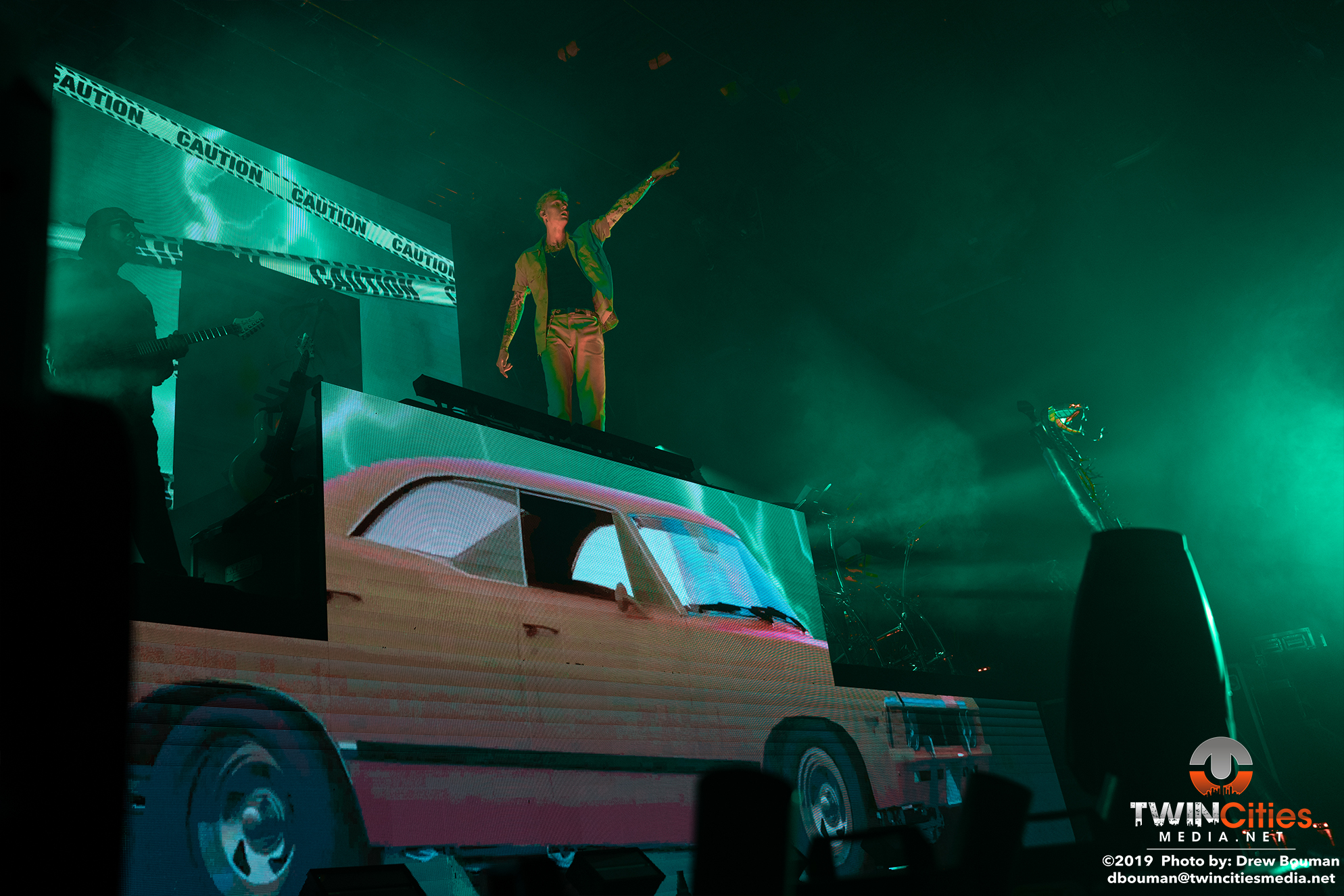 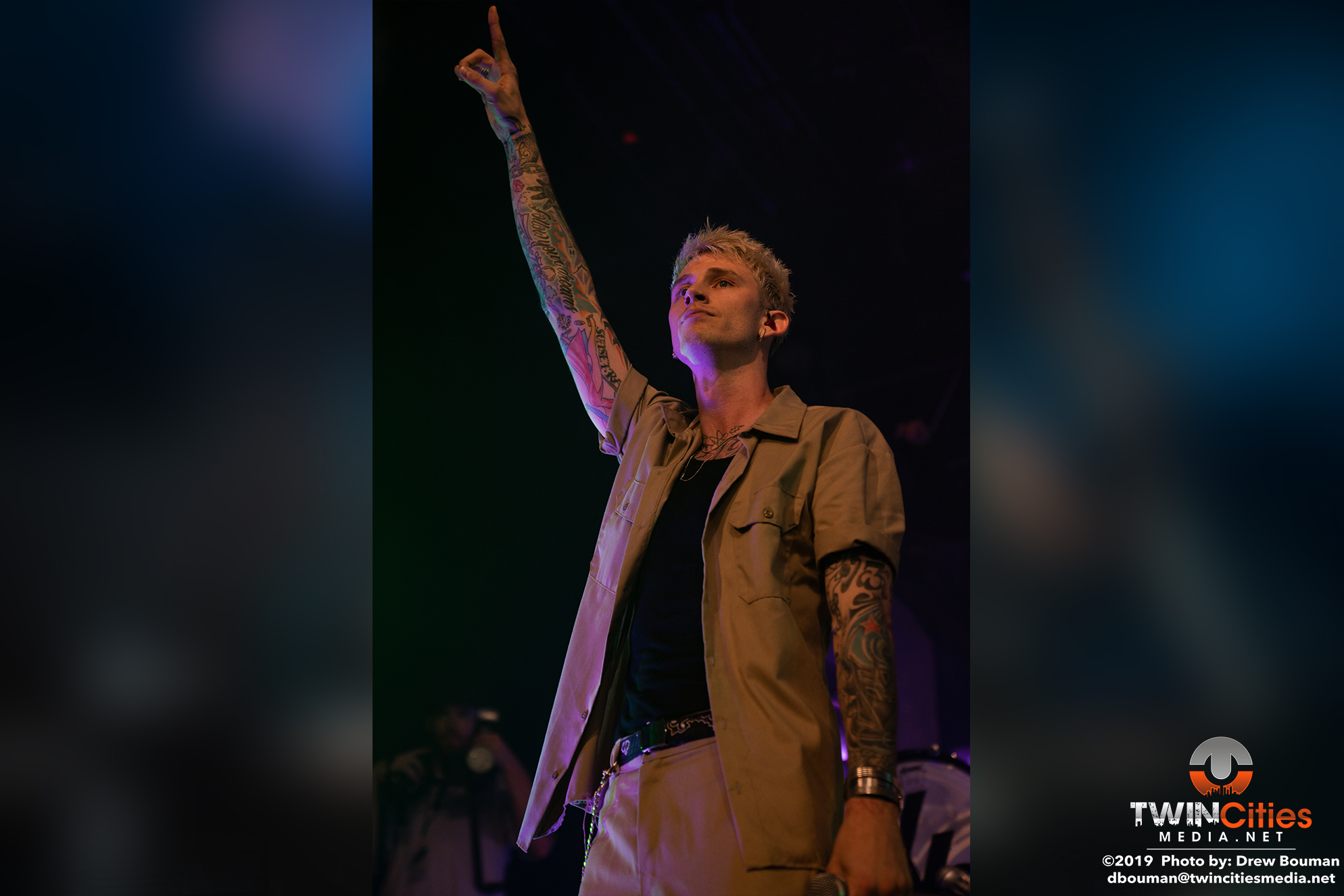 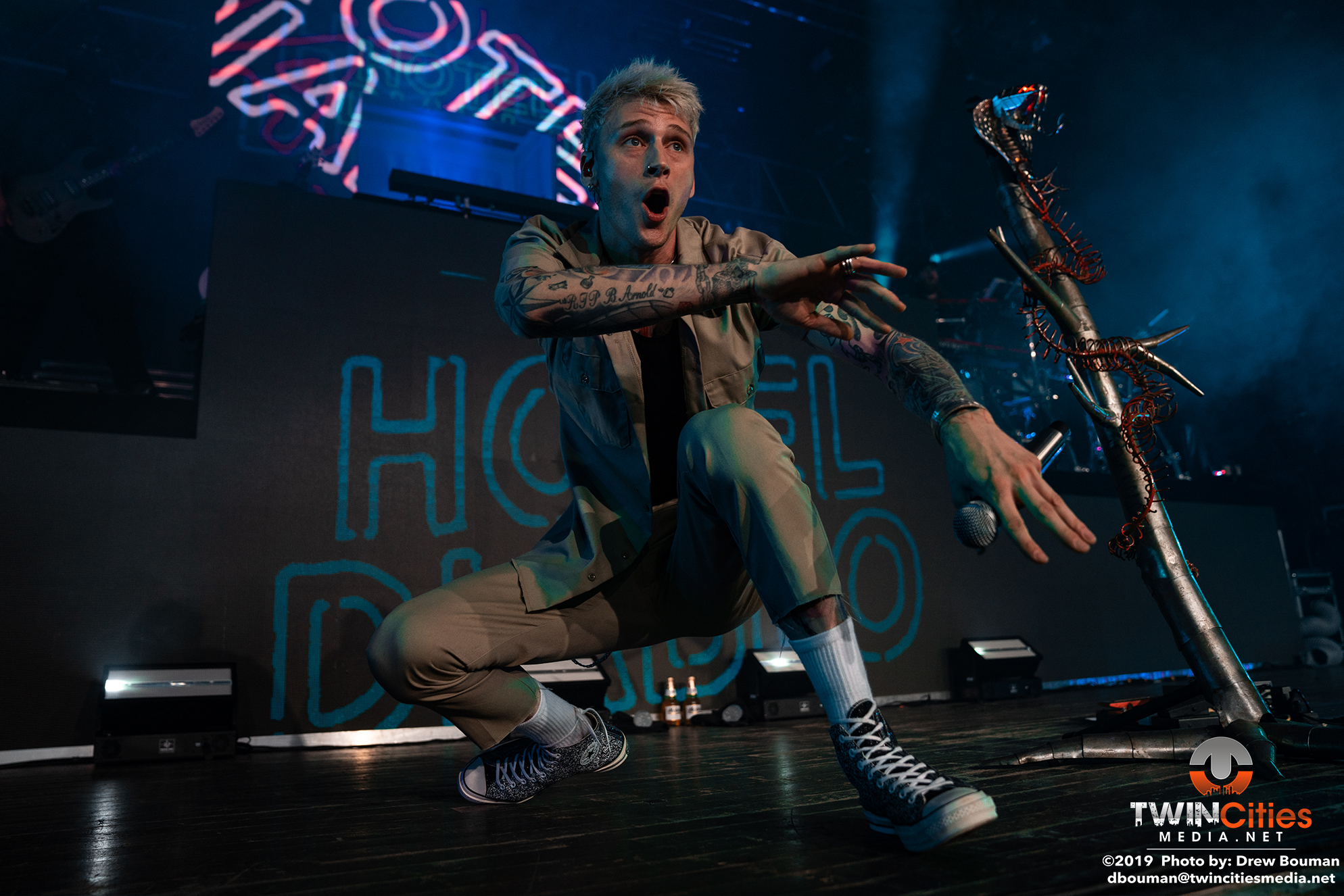 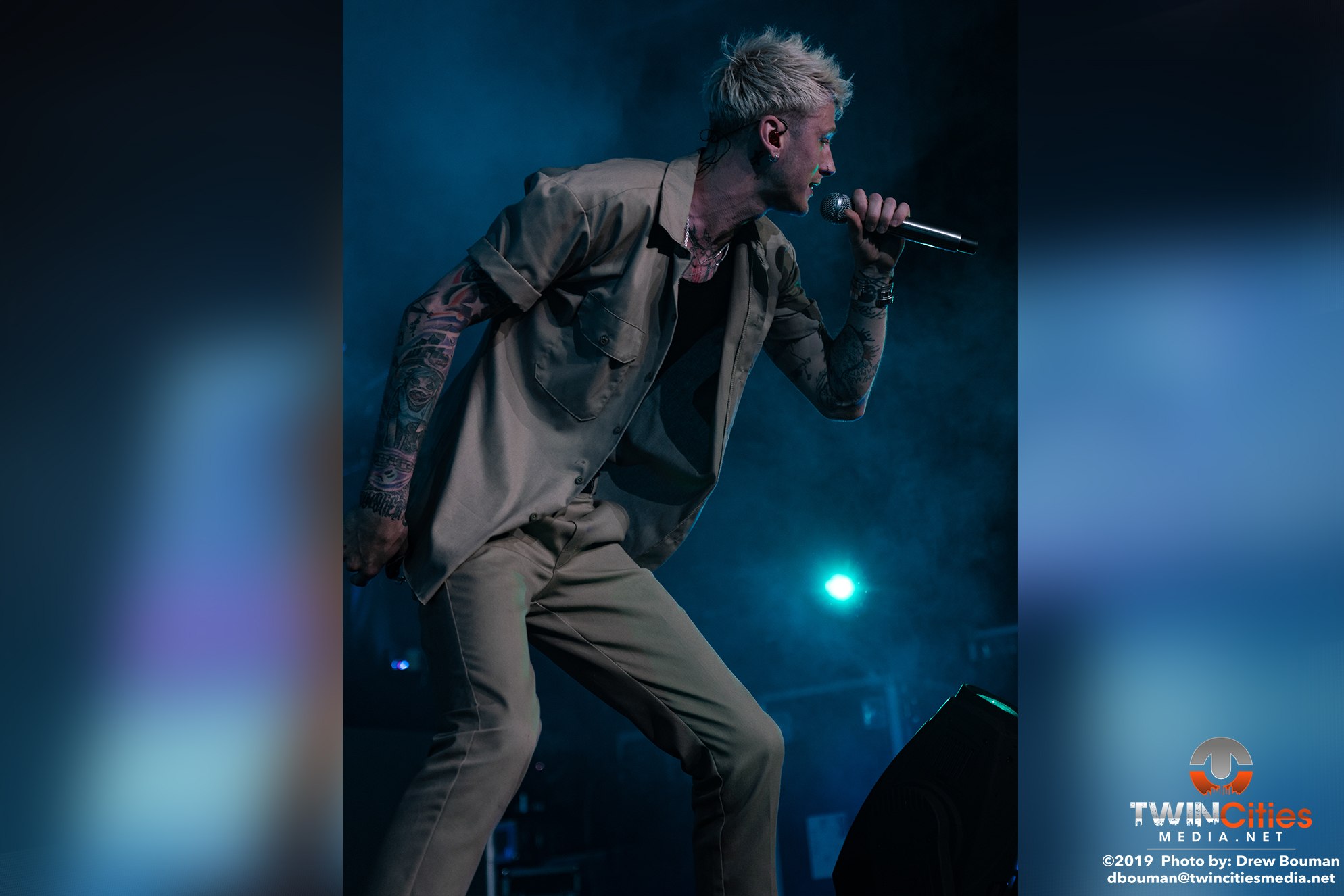 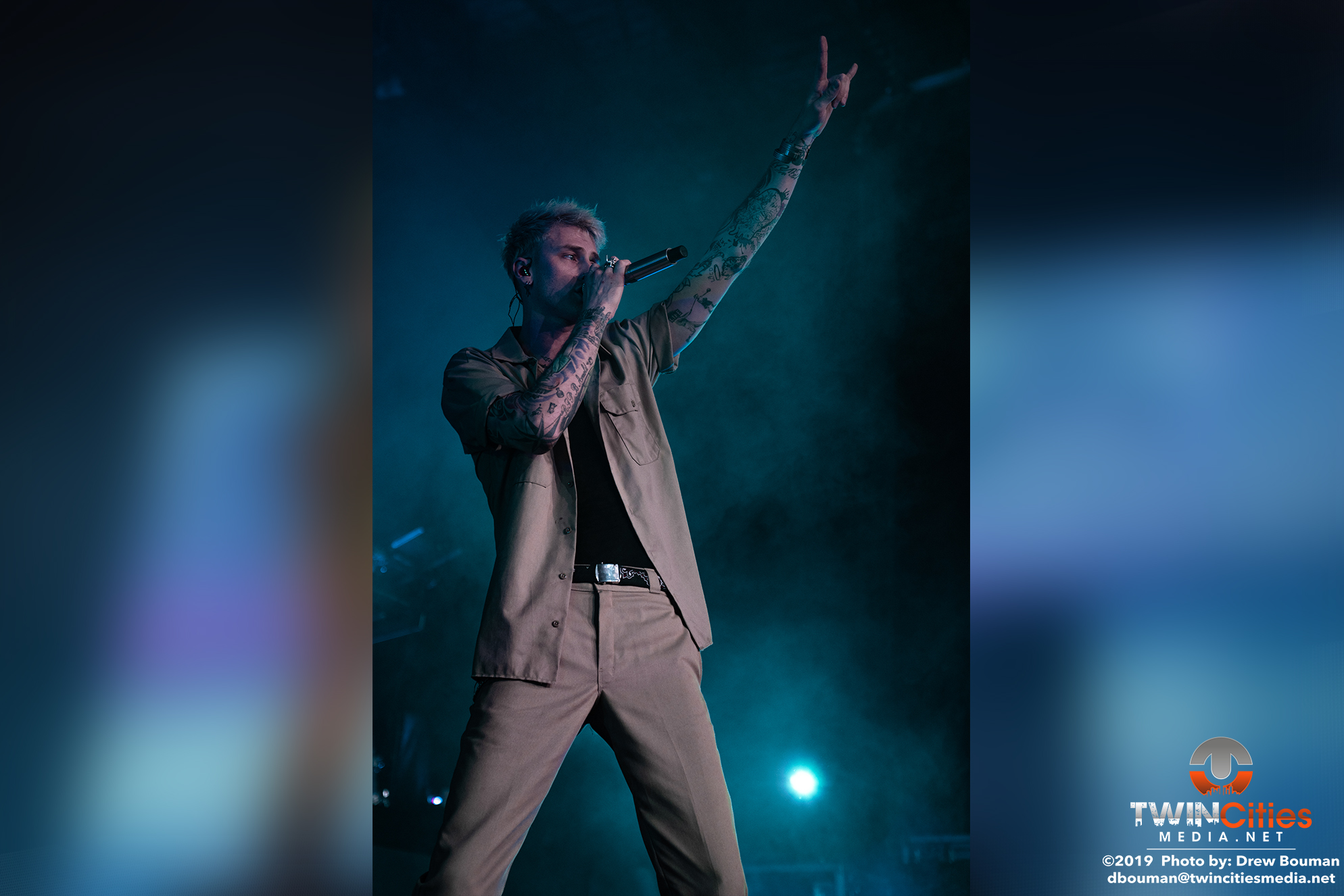 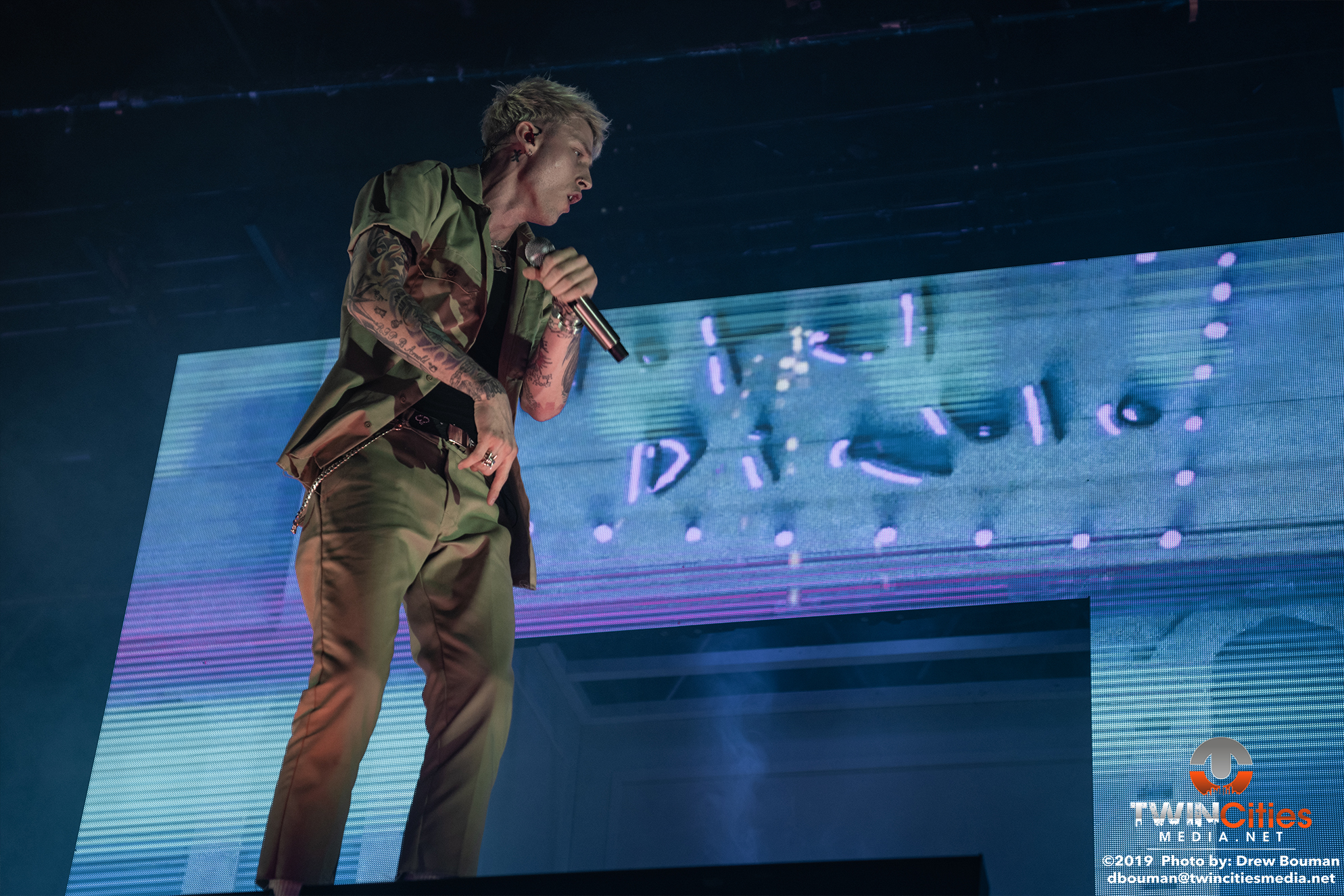 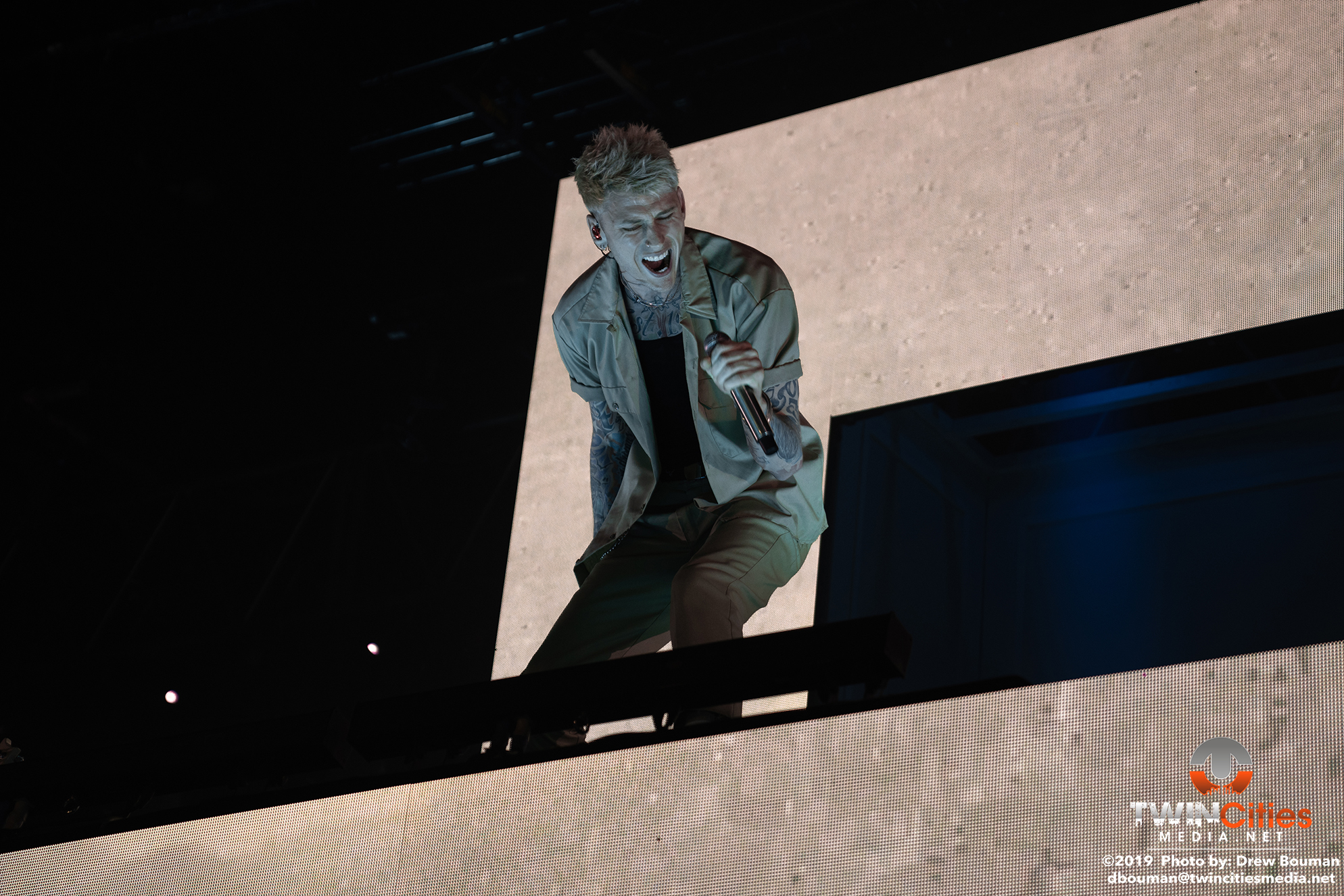 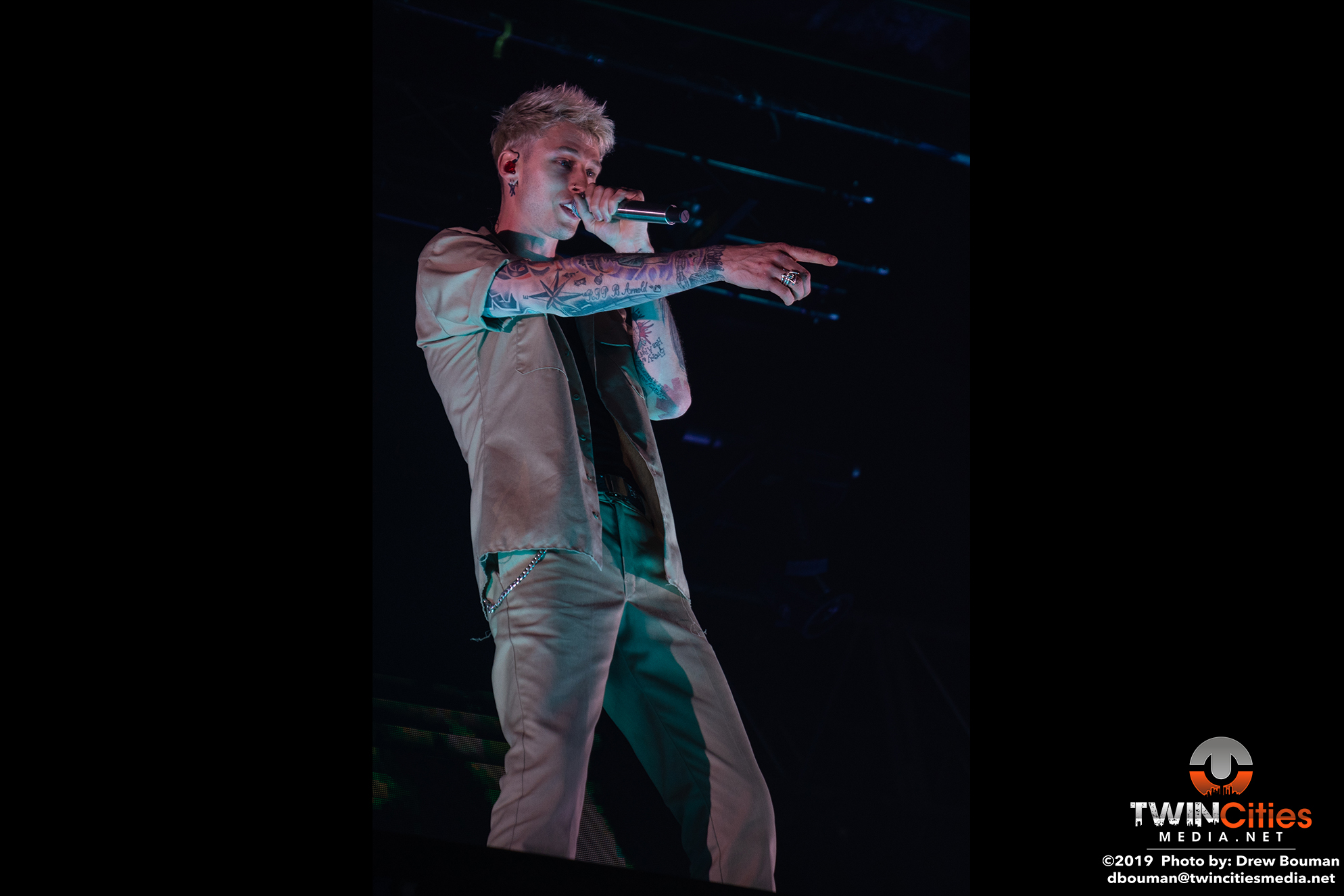 [Show thumbnails]
MGK ended the night on a calmer note playing songs like 27 as audience members lifted their lighters to the sky in a classic concert moment.

I liked MGK before the show and I love him now. This was the concert experience I look for, and they got it right down to every last little detail. MGK has landed himself on my list of top performers and you best believe I will be at his next show.

MGK, if you see this, you better follow through on your promise to come back to Minnesota and “Play the whole damn album” for us.

Metallica tribute band ONE took over First Ave on Friday night and tore through a huge 33 song set. The reaction of the near capacity main room loud and constant with most singing along to […]

Photos by Fred Sobottka I typically find myself spending my New Year’s celebrations on my couch where I typically pass out around 10PM. When you are out until midnight nearly every night due to concerts, […]