Looking for something to do in the Twin Cities this weekend after your Thanksgiving is in the books? Done stuffing your face with turkey and stuffing, then come get your fill of crowd pleasing local music. Popular Minneapolis rockers, The 4onthefloor, have devised a special two-night event termed Stompsgiving, beginning on Black Friday (11/29) at the 7th Street Entry, with special guests, The Shackletons. Doors open at 8pm with the 18+ show beginning at 9pm. The second night moves over to the larger Turf Club on University Avenue, with the very fun Koo Koo Kanga Roo joining The Shackletons for support. The Small Business Saturday show is a 21+ and begins an hour earlier, with doors at 7pm and show at 8pm. Tickets are just $17 for each show and there is also a special two-night package deal for $30 that includes a signed band poster. Get your tickets HERE before they are gone.

Joining together in the name of fun & joy, the 4onthefloor bring their well-oiled, high-octane, rock’n’roll to the world with an immediacy rarely seen on stage in the 21st century. The furious delivery ebbs and flows with sing-a-long anthems and breakdowns to soaring guitar solos and unbridled full-bore rock. Camaraderie is a common theme, and stompers are finding like-minded rock’n’rollers at every show.

Hailing from Minnesota, they take the heavy road route, grooving in the tracks of so many rubber to the road musicians before them. Following in the footsteps of some of the band’s influences, being on the road plays a large role in the writing. The merriment must come from all angles, including the stage for a memorable show and the 4onthefloor BRING IT. Douglas writes about experiences, failures, successes, and not-so-much the what-could-have-beens. Life is for the living and this is the soundtrack to a life well-lived. Keep the fire in your eyes.

The 4onthefloor just released for their fans 22 YouTube videos , comprising their entire The North Remembers album release show, recorded on September 28, 2018 at the Varsity Theater.  Here is one of my favorites, “Faux American”.

The Shackletons are a rock band out of the Twin Cities writing and playing songs rooted in the rich influence of the “Minnesota Sound.” The band consists of Colin Campbell (vocals/guitar), his older brother, Cameron (Bass), and younger brother Evan (Drums/miscellaneous screaming). Living a double life as both a knee-buckling indie rock band as well as a stomp-your-foot-through-the-floor blues band, The Shackletons have been generating buzz throughout the Twin Cities and Midwest Region.

Koo Koo Kanga Roo is a band/comedy duo/workout franchise who are on this planet to make you dance while laughing so hard that milk comes out of your nose. Whether you’re getting sweaty at their live show, listening to their concept albums or dancing along in your classroom, Bryan and Neil just want to make sure you’re having a blast.

Since 2008, Koo Koo Kanga Roo have been touring and putting on shows at elementary school gyms, bars, church basements and even nursing homes. The duo has toured stateside and internationally with the likes of Frank Turner, The Aquabats, MC Lars, Yo Gabba Gabba Live and have been featured on the Vans Warped Tour. 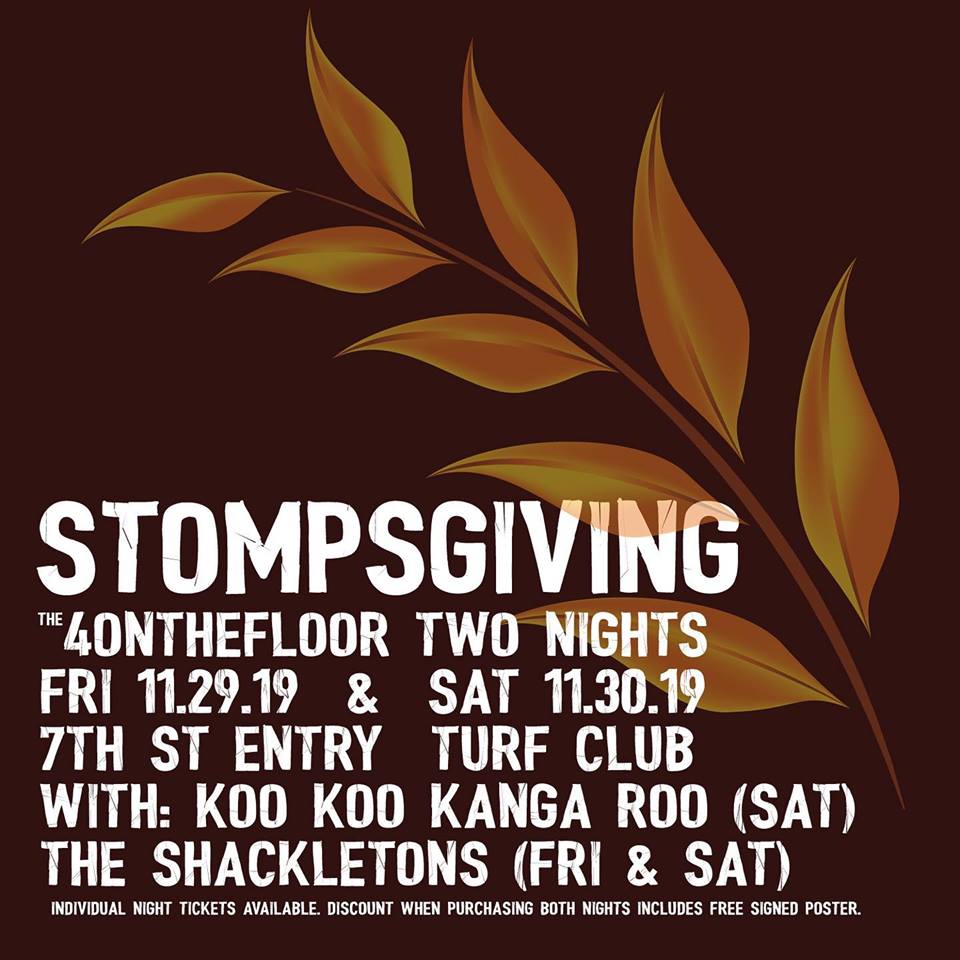 Donnie. If I had to pick one, it would be Donnie. Honestly, New Kids on the Block were before my time. I went into last night’s show not knowing what they sang or what they […]

Another night with another snowstorm looming in our future, the people at last night’s show were clearly trying to get one more party in before we all hunker down for what’s sounding like nearly a […]

One thing you have to admire about French/Danish duo The Dø is that they do not let the size of their audience impact their show. In Europe, they sell out larger venues and play festivals in […]