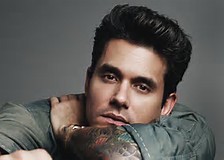 Seven time Grammy award winner John Mayer will play at The Xcel Energy Center next Saturday 4/15.  John is currently touring the U.S. promoting his seventh studio album “The Search For Everything” which was released in early 2017. John has accomplished a lot from his humble beginnings in Fairfield, Connecticut. John has won numerous awards over the years including “Song of the Year”, “Best Male pop Vocal Performance” and “Best Male Rock Performance”.  John will entertain fans with hits like “Daughters”, “Gravity”,”Helpless” ,“Why Georgia”,”Say” and “Clarity”. John is a master storyteller, both musically and lyrically. He grabs his listeners’ hearts and minds with vivid vignettes that zoom into intimate details about love, relationships and other meaningful moments in time. Don’t miss out few tickets are available for this amazing concert.