Anyone can go see a concert. The lights, the sound, all the elements that are part of the experience. But to see a performance that stick with you days later, now that is different experience. One thing was clear at the Fitzgerald Theater on Saturday night, the performance by Joe Satriani was going to be a memorable experience. The energy levels from the start at remained at 200% until the last whammy-bar whistle. I’m 10 years younger than Satriani, but his raw energy made me feel really old. 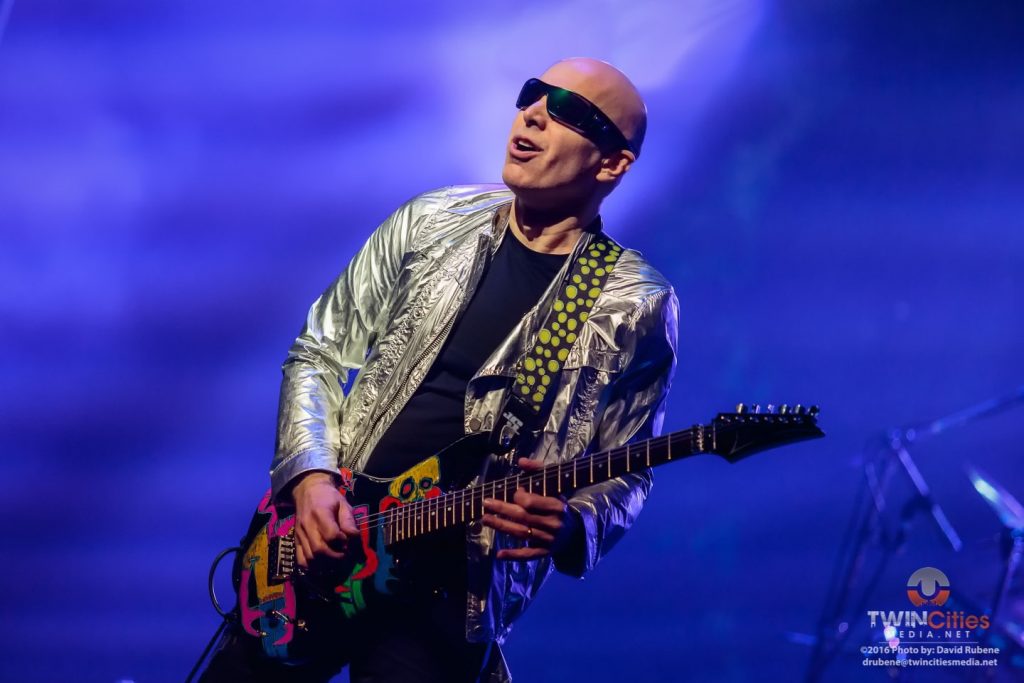 This was the only stop in Minnesota of Satriani’s Surfing To Shockwave Tour promoting an excellent new album, Shockwave Supernova, with a beautiful combination of the legacy of his previous albums. It is a credit to the new album that most of the tracks featured sit well with former glories. And it’s a credit to Satriani that he is never afraid of unleashing a new album with a generous selection of tunes, while other mere mortals would only introduce a handful of new pieces into their tired setlists. 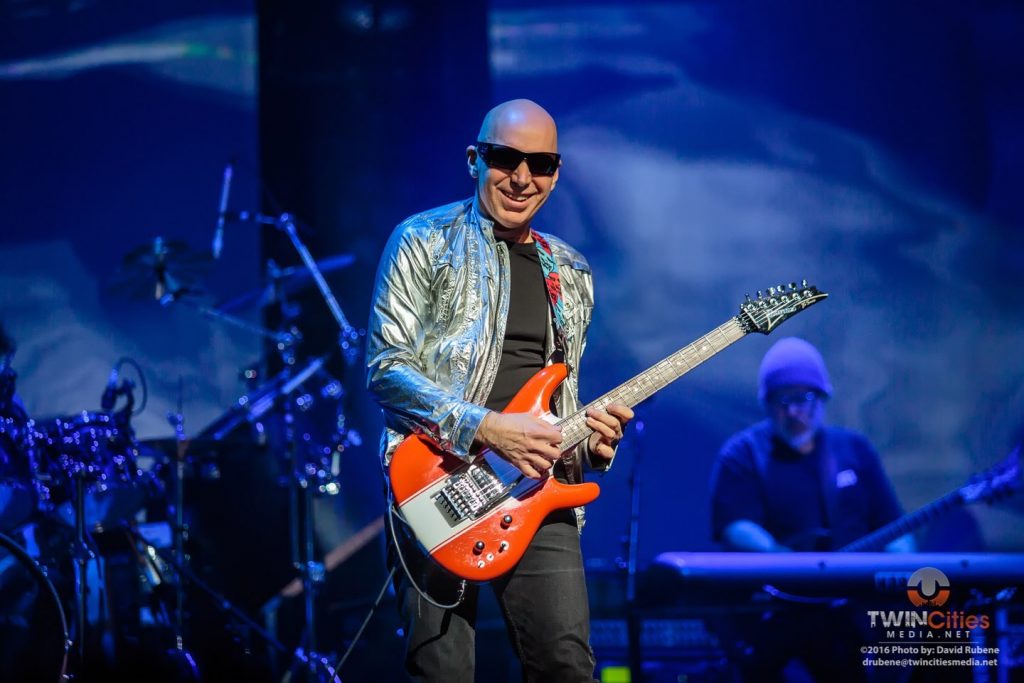 Throughout, he is ably aided and abetted by Marco Minnemann (drums) and Bryan Beller (bass) who lay down a wonderfully crisp backbeat. Mike Keneally is his first lieutenant and, perhaps surprisingly, mostly plays guitar in the live format with the keyboards used sparingly. He is no slouch either, as evidenced on ‘Cataclysmic’ when the two sparred together like Allman Brothers on steroids.
It is truly a guitar onslaught and more use of keys – and higher in the mix – may have provided a little respite and tonal contrast. Perhaps that misses the point because Satriani is one of the very few solo instrumentalists who can sustain a two hour show. 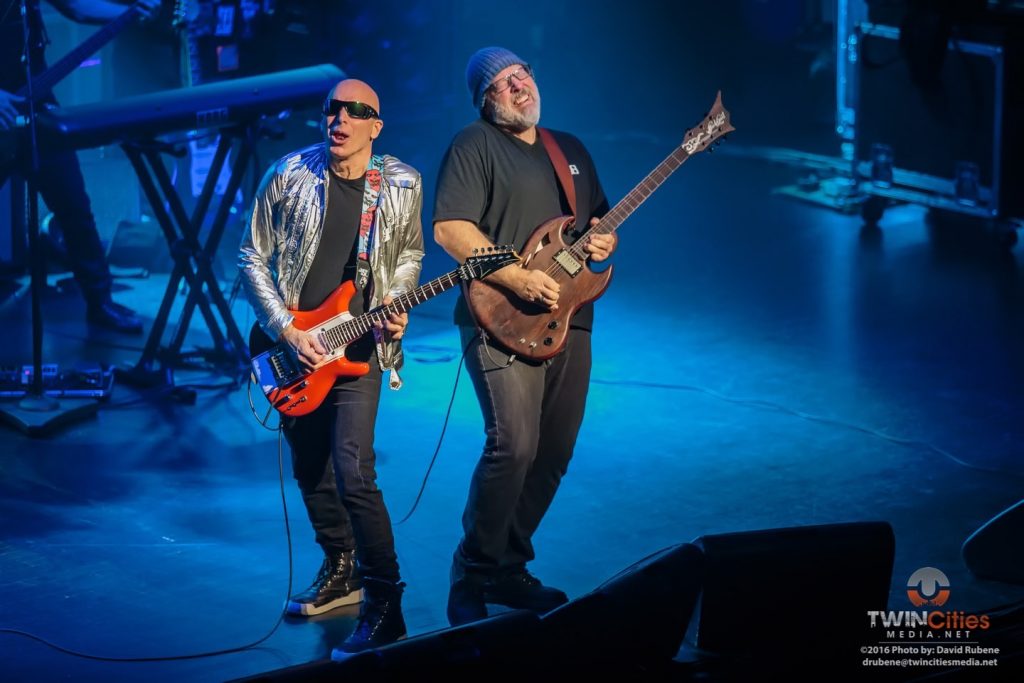 The inclusion of old fan favorites that proved reassuring and the response from the packed house responded loudly.The performance finished with an intense salvo of Satch Boogie and the encores of Big Bad Moon and Surfing With The Alien restating Satriani’s position as guitar hero top dog, thirty years after his recording debut, and not showing any signs of slowing down.

If you’ve never heard of a little Los Angeles rock band called Rival Sons before, I suggest you stop what you’re doing and go get yourself informed. Come back to this article later. Let yourself […]

Metallica Tribute Band ONE Coming to the Cabooze on December 30th

If you’re feeling like me, still reminiscing about the Metallica show at Target Center this past September wishing the band would come back, you’re in luck. Well, sort of. Later this month, highly acclaimed Metallica […]

I’m not going to lie, I wasn’t expecting much from last night’s Sting and Shaggy concert. It seemed like a weird combination and maybe a little bit like a money grab or a way for […]