The cancellation of SXSW had me a little shook yesterday. My friend had mentioned it briefly and voiced concerned that the legendary festival may be cancelled but I kind of shrugged the comment off thinking that there was no way that would happen. Well folks, it happened and I spent majority of my day worrying about the various other festivals I have planned for this year. That mixed with the realization that my schedule is not that of a normal person and adding the attempt at a relationship into the mix is less than easy left me with a hazy day where I was in a funk that I just could not get out of but as soon as I arrived at The Turf Club for the Black Lips show, all of that anxiety and worry was gone. I was at a show, the place where I find comfort and nothing was going to get me down.

Poppy Jean Crawford kicked things off a little later than posted online but the wait was worth it. I was instantly captivated by Poppy and the two other musicians on stage with her. There was something incredibly understated about Poppy. I can’t quite put my finger on it but it may have to do with the fact that she performed with such a sense of passion and love that I was surprised she was opening a show instead of headlining. Her music bridged the gap of indie-pop, garage rock, and an almost dreampop vibe. The blurred lines between genres had the music feeling original and her truly powerful stage presence made this opening act a stand out act from many of the other opening acts I’ve seen at shows lately. Poppy didn’t say much on stage other than pointing out that they had played the Turf Club before but that didn’t stop the audience from politely clapping after every song the trio played. A little sensual, a lot of power, Poppy Jean Crawford is one of those acts that I truly hope the best for. 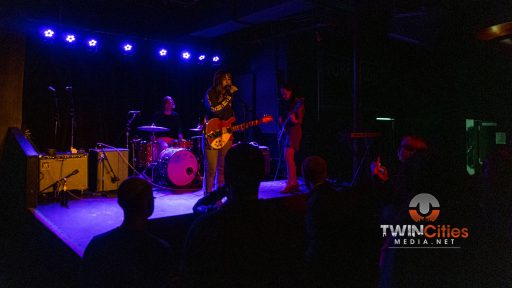 The audience didn’t feel sold out as I watched Poppy Jean Crawford so I made the fatal error of heading to the bar downstairs to grab a drink. I don’t know what I was thinking because as soon as I got back upstairs, my prime spot up near the stage had been swallowed up and I couldn’t get more than half way through the room without surely ruffling some feathers. I love the Turf Club and love to see the place thrive but sold out shows at this venue are one of my least favorite things. The layout of the venue isn’t condusive to a packed crowd and you have to make a decision whether you want to be near the stage or have access to the bar and bathroom. I chose the later but as soon as headliners The Black Lips took the stage, I regretted that decision.

The Black Lips are a garage rock band (although I have a hard time classifying them into any particular genre) from Georgia. They have an almost chaotic sound that spans many genre with a legendary live show that I have always wanted to experience. It wouldn’t be a stretch to say that this band had a high bar to reach as far as their live show was concerned but within the first song I knew they would hit that bar and then some. The rag tag group of musicians took the stage right at 9PM and jumped into a setlist that had to have been at least twenty songs long. Honestly, I lost count because like opener Poppy Jean Crawford, I was absolutely captivated by the musicians on stage. There was always a million things to watch on the stage from the beautiful Zumi Rosow (who also happens to be the namesake for a Gucci bag— no joke) howl on her saxophone to drummer Joe Bradley who, although almost hidden at the back of the stage by the other members and copious amounts of fog, was impossible to miss due to his larger than life hair, there was always something to watch and I’m sure I missed a million things.

I’ve been listening to The Black Lips for years but I’d be lying if I said I ever really got into them. I was the only one who apparently hadn’t really gotten into them in the sold out crowd on Friday night. The rest of the audience was singing and bopping along to every song as if it were their favorite track from the band. This energy added a level to the already energetic and great concert that left me wishing I had gotten more into this band. Their seemingly carefree spirits come through loud and clear in the music and words they sing and I wanted so badly to join in with the family-reunion type sing-a-long that was going on around me. Although that wasn’t an option, just being able to experience this moment as a bystander was amazing and is the reason The Black Lips are now on my “must not miss the next time they come to town” list.

My life revolves around concerts (have you caught onto that yet?) and I’d be lying if I said I wasn’t worried about the future of shows what with the cancellations of both SXSW and the Ultra Music Festival. I worry that there will be a point where shows like Friday night’s are put on hold due to everything going on so I’m not letting a single show pass me by and if my upcoming shows are anything like The Black Lips’ performance, it’ll be super easy to not let a single show pass me by. 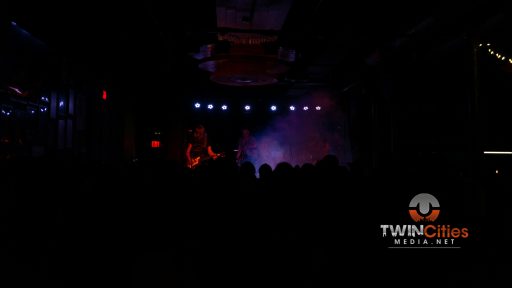 I don’t usually make the trek out to a show in Minneapolis unless it’s at The Varsity for two reasons: first, it’s the closest venue to me and second, I know exactly what to expect […]

Ska music has always been a love of mine but I don’t seem to catch it live as much as I would like. I’m not sure if it’s because it’s a bit of dying genre […]

Jain Took Us Around The World At The Fine Line

I got to see 2 amazing and quite different women performers and all it took was 3 city blocks, 2 countries, oh and being in two places at once 🙂  Well, not quite I started […]