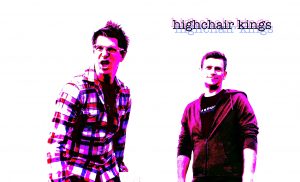 Highchair Kings will support the release of “Deep” with a fall tour which will kick off with a release party Saturday, September 24, at Icehouse in Minneapolis. The show will also serve as a sendoff for the band who will be touring with the Australian-based group Enola Fall. The fall tour will be capped off on December 1 by a Lincoln Hall performance in Chicago where they will be opening for We Are Scientists.

“Deep,” the sophomore EP release from Minneapolis-based band Highchair Kings unifies the distinctive 90s sound from The Lyndales’ founder Trevor Lettman with punk rock guitarist Rob Wales, formerly of Fek, to extend the band’s sound while digging deeper into the heart of Lettman’s songwriting. The six-song EP will be released worldwide on September 24, 2016, with the first single “Orlando” available September 2. 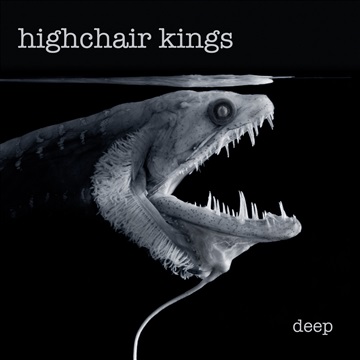 Taking no time off – “Deep” is being released only three months after the band’s initial self-titled EP. In complete contrast to their debut which took nearly five years to release, Highchair Kings worked on a tight schedule with engineer Tony Williamette and long distance with executive producer José Ayerve of the bands Spouse and A Severe Joy. Not only did Ayerve lend his guidance to the project, he ended up playing bass on the track “Wasted” – recording his part from his home in Ecuador. Tickets are available. Doors 10:30 music 11:00pm

Jeremy Messersmith Pulls All The Right Strings At The Icehouse

In those quiet winter months when Minnesotans suffer from cabin fever, some musicians brave icy roads and head out on tour. jeremy messersmith takes the “work smarter” approach and set up a 4 night  residency […]

The Finnish Extreme Death Metal group Children Of Bodom was playing at the Skyway Theater Wednesday night and the crowd loved the performance. The band played songs from their 20 years of tunes including a […]