Friday Night was special for several reasons. First Avenue reopened after completion of their ceiling repairs. They opened with a powerhouse of local talent. And in a week where there has been tons of discussion about women’s’ equality in the music industry the lineup centered on female artists. What stood out to me was the camaraderie the performers shared. In some of the pictures of Mina’s set you can see GRRRL PRTY watching the performance in background. The green room had a constant coming and going and supportive high fives, hugs and bro-hugs (the ones with the shoulder slapping) were abound. Equality may not have been on the show’s agenda but it was present in it’s best form.

BdotCroc – GALLERY
North Minneapolis’ Brynne Crockett also known as BdotCroc delivered a short powerful set. She has an upcoming show at the Icehouse on September 9. 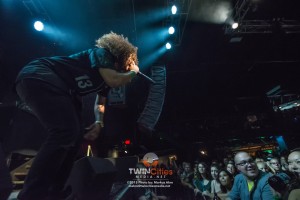 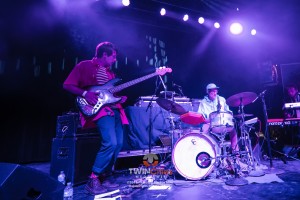 Aby Wolf – GALLERY
Aby has left her vocal imprint on countless Twin Cities bands and songs. She has been described as “Dessa’s secret weapon of harmony”. Before headed out on a Central European Tour in September she left us with a smooth, almost jazzy performance. 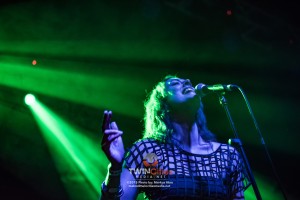 Mina Moore – GALLERY
After years as a backup and composer Mina recently embarked on her solo career. Her set was soulful and Mina showed good stage presence. Caroline Smith joined her on stage for a couple of songs. 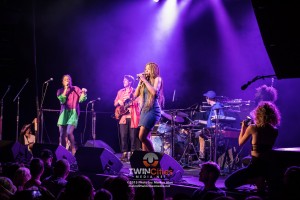 GRRRL PRTY – Gallery after the Set List:
This was my first time seeing Lizzo, Sophia Eris, Shannon Blowtorch and Manchita perform live. I was not prepared for the level of energy and sheer fun the quartet brings to the stage. Abandoning the traditional concept of a group they consider themselves a collective of artists. All members are busy with their own projects so when the stars align and GRRRL Party gets together special things happen. Their stage show was raw and smooth at the same time. Rotating the lead through songs it was a collaborative effort without trying to outshine one another. If someone is counting, the victory for merchandising goes to Lizzo, whose “Lizzo made me do it” shirts were all over First Avenue.

All said, I left First Ave once more impressed with the level of talent we have in the Twin Cities. I am also happy to report that despite GRRRL PRTY’s best efforts to bring down the house, First Avenue’s renovations and ceilings withstood their assault.

Overkill and Nile Pack the House at The Cabooze

Photos by David Rubene   Legendary thrash metal band Overkill made a stop in Minneapolis on Saturday night. This band has definitely stood the test of time and it was easy to tell that the […]

Maggie Rogers Captivates And Impresses At The Armory

You know when you’ve been talking about something and then get online to find ads for said thing or something similar? That’s what happened to me this morning. As I walked out of the Pitbull […]

After making music for more than 30 years together, Colorado rockers Big Head Todd and the Monsters brought some new tunes to the Palace Theatre in St. Paul on Saturday night.  The band is out […]