It’s time to put the kids to bed early! New Orleans extreme metal gods, Goatwhore, will be taking over The Triple Rock Social Club on Sunday, June 25th. With an extreme show that matches their extreme sound, this show is sure to change set your Sunday apart from your friend’s. With seven albums out in the past 17 years, Goatwhore has proved that not only are they a force to be reckoned with, they are a staple in the metal scene across the world. With the release of their newest album, “Vengeful Ascension“, Goatwhore made it clear that they are not going anywhere. Having been a long time fan of this band but never being able to catch them, to say I’m excited to catch them in such an intimate venue would be an understatement. 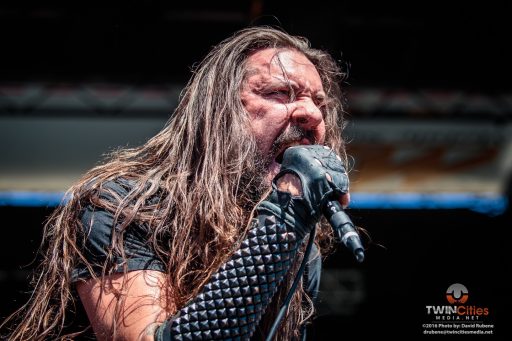 Sunday night’s show will be opened by Anciients, Echoes of the Fallen (a favorite local group of mine), and Phlegethon.

Tickets are still available through local bands or here but they are moving fast so don’t snooze on this Sunday show!

Slayer brought their 2016 Repentless Tour to a SOLD OUT Myth on Friday night. With Carcass and Testament opening the show, the night was assured to be a supreme attack of hardcore, in your face Metal … […]

Hayley Kiyoko Brings All The “Feelings” To The Varsity

Last night was a show I was looking forward to since ticket became available back in April. I knew it was going to sell out and quickly. With that in mind I bought three tickets […]