There’s no better way to start your week than with a good old-fashioned death metal show. Sure, it was a Sunday night and the headliner didn’t go on until midnight leading to a super slow moving morning for me today, but it was all worth it.

Unfortunately, due to some issues with the guest list for my photographer and I, we missed opening act Phlegethon. Thankfully, these guys are a local band so I will hopefully get to see them again soon. I did get to hear some of their set and what I heard was intriguing. My apologies to Phlegethon!

The other local band to open up the show, and the first band I was able to catch, was Echoes of the Fallen. I instantly recognized two of the members as members of Seared- a defunct local band that I used to work with. I was not only excited to see what these kids had been up to, but also excited to see this local band that had been buzzing for quite some time. Within the first song, I realized what the hype was about. These guys were clean and heavy. When you add Alex Grogos, the animated singer, into the mix, you get a truly dynamic show that is hard to turn away from. The members were clearly having fun on stage as I caught many smiles and laughs between them but, at the same time, they seemed to take their music seriously and offered the packed house with a truly impressive set.

Following Echoes of the Fallen was the first of the two touring acts, Anciients. Let me just get this out there before going any further- these guys had the nicest hair I had ever seen. They are definitely in the running for my end of the year award for “Band That Has The Best Hair”. Okay, now that I’ve gotten that out of the way, let me try and explain to you how quickly I fell in love with this band and why. Hailing from Canada, these guys took the stage with a hidden sense of power. Throughout the set, they didn’t really say much other than your typical, “Thank you for checking us out.” but they really didn’t have to say much of anything. Their music truly said it all.

The riffs weren’t as fast as heard previously in the night and sure, the vocals weren’t as intense as what was to come but that only helped these guys stand out during a night of truly amazing music. I wouldn’t classify these guys as death metal or grindcore or anything too extreme. They are seriously just a super great metal band. The thing that I loved the most about these guys was that even though everything in the metal scene seems to be how many notes can you play and how fast, these guys had made their note placement an art. There was no sense of them being rushed or playing anything that seemed above their head but at the same time, the music definitely didn’t come off as simple. There seemed to be a layer of complexity to this band that is often missed in this genre of music and to see a band who can effortlessly pull this off was definitely refreshing.

Finishing up the night was New Orleans extreme metal band Goatwhore. Having been a fan of these guys for many years yet never having the chance to see them live until last night, it was definitely one of the shows that I was a bit overly excited for. Sure, I get excited for every single show I go to but some are more just shows to go to so I don’t get stir crazy or shows that I’m just curious about. This one was one I knew I had to go to and I knew I would have a great time at. 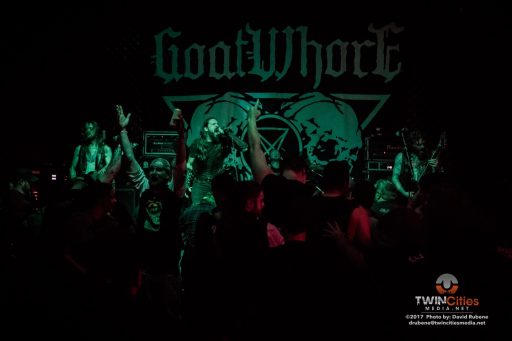 You could feel the anticipation in the air as intro music blared through the speakers. The crowd started pushing and shoving a bit before the band even took the stage. When the band members finally made their way onto the stage right at midnight, the crowd erupted into a sweaty mess and I instantly knew that this set was going to be everything I could have ever wanted from Goatwhore. 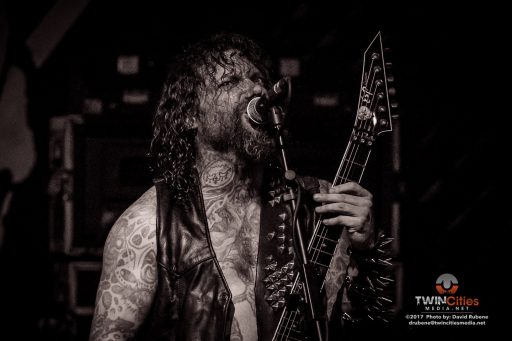 Ben, the singer, instantly stole the spotlight from the other members of the band. That’s not to say that you completely forgot that there were other people on that stage besides Ben, but more that he effortlessly demanded your attention with his personality and charisma. With seven albums out, Ben’s voice never fails to impress me. It has a sense of power and comes off as a bit sinister at times but it still has this undeniable talent behind it. Whether he’s growling the lowest of lows or screeching the highest of highs, this guys’ voice never seems to falter and, when mixed with the true musicianship of the other band members, you are left with the way metal music should be. 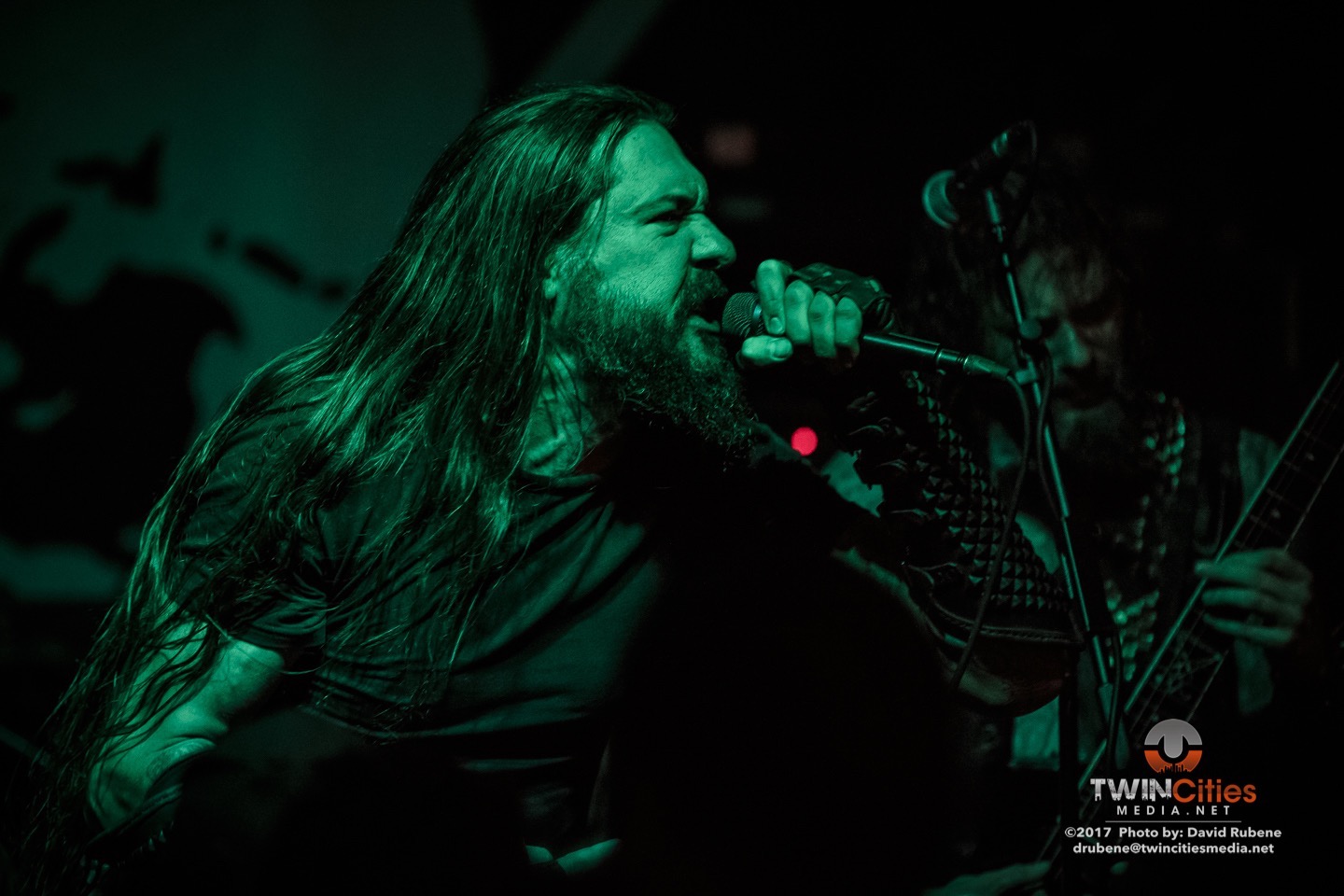 The whole band was a force of power last night. The music sounded just like the recordings that I have been obsessing over for years but the energy that came off of the stage and was in the crowd completely changed the dynamic of the band. Goatwhore’s set is a perfect example of how a live show and a good crowd can change everything about the band. The musicians seemed to be feeding off the giant pit that had erupted in the crowd and it made for a complete experience instead of just a concert.

Last night was one of the most intense and chaotic Sunday night shows that I’ve been to in awhile and, even though this morning was definitely slow going, it was the perfect start to my week. Sometimes all you need is a little death metal to get you going!

Jimmy Eat World is Making a Stop at Skyway Theatre

Jimmy Eat World will be playing at The Skyway Theatre on Saturday, December 3rd and I for one am really excited for the show.  Like a lot of people, I was drawn in after the […]

On April 3, snow pelted the Twin Cities for the second day in a row, the roads became ice the side walks became ankle deep. However, this didn’t stop the true Minnesotans from coming to […]

When I was a little bitty baby, my parents would blast CCR for me. They’re a band that is so deeply engraved into my psyche and I’m sure so many others. When I was offered […]