Mill City Nights hosted a Country Music triple-header on Saturday Night featuring Eric Paslay, Drew Baldridge, and Shalo Lee. Drew took the stage by force and definitely did not disappoint the fans. Drew is an intriguing combination of Luke Bryan mixed with the country simplicity of Easton Corbin. His energy was through the roof, singing everything from his upbeat original song “BYOB” to a 90’s pop medley consisting of “Baby Got Back” all while continuing to shake it, country style. His stage presence commended the fans’ attention and everyone was buzzing about him afterwards. Drew was a true fan favorite for the evening. He really displayed a really nice connection with the fans while on stage and photo opportunities after the show. 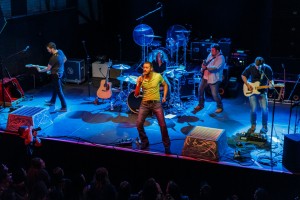 The Suzie Tour to Kick Off at 7th Street Entry

Looking to spice up your week? Why not spend your Wednesday evening with Minneapolis’ very own Suzie down at 7th Street Entry. Next week Suzie (aka Mark Ritsema & company) kicks off their tour with […]

Godsmack and Volbeat Unleash The Fury at a Sold Out Armory

If you’re anything like me, you need a heavy show here and there to get you by. Heavy music to me is a must have. My lifeline. Almost like a fix I need in order […]