On cool Fall Wednesday evening, the synthesis of southern rock, soul, blues, rock, punk, and country from Memphis, Lucero, performed to a capacity crowd at First Avenue. Lucero was started in 1998 by founder and bassist, John C. Stubblefield, but the element of time has refined the band nicely. First Avenue’s Mainroom was a perfect venue for such an eclectic band with its acoustics and its deep iconic roots in downtown Minneapolis. 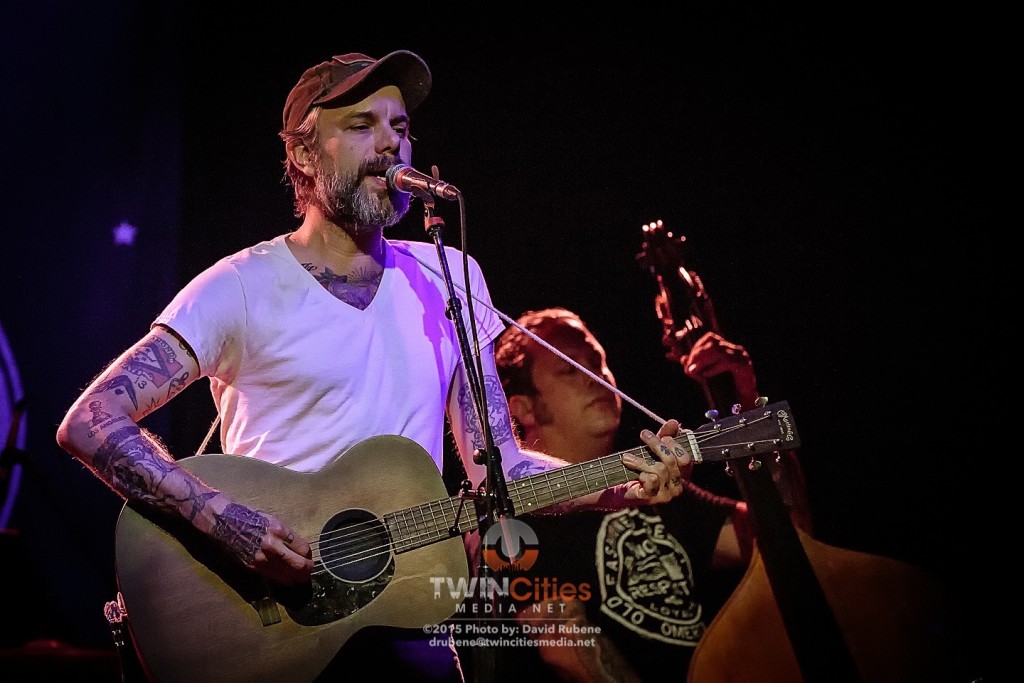 The audience was a mixture of late teens all the way to baby boomers, all of whom were jumping, singing along, raising their drinks, and having a ball. Drinks were abundant, but on stage the drink flow seemed to be kept at bay. Lucero is notorious for their drinking as well as energetic, perfectly orchestrated performances. The entire evening was all Lucero, which included a double set (acoustic and electric) that took the crowd through a journey of their albums.

In their nearly 3 hour performance, Lucero smoothly navigated through off some of their biggest hits like “Baby Don’t You Want Me”, “Hello Sadness”, “They Called Her Killer”, “Chain Link Fence ”, “Raising Hell”, and “Tears Don’t Matter Much,” among many others.  As lead singer Ben Nichols engaged the fans, the Minneapolis and Memphis exuberation could be felt from the crowd and band alike.

I went to last night’s show because I was intrigued. With shows being a bit slower than usual, I’ve found myself going to anything that I think may be interesting and, with a band name […]

Alessia Cara recently released her six-song EP, This Summer, that was written about experiences she had over the summer while touring with Shawn Mendes. It was only last November when she released her 15-song album […]

Shows have been a bit few and far between lately but with an upcoming flight to California, I knew I needed something to calm my nerves. My flight may not be until tomorrow morning but […]