Day 1.  Some days just wear you flat out.  The plan was to head down to Austin, TX for the granddaddy of them all early in the morning.  With Spring Break traffic a potential challenge at MSP airport, I figured walking in before 5:30 am for a 7 am flight would suffice.  Barely.   We dashed onto our plane just as the doors were closing; the gate agent muttering at our backs as we headed down the jetway.

Being a SXSW rookie, we had no idea what to expect.  So get to the hotel, figure out the lay of the land and walk downtown.  Check in at the Convention Center, grab a schedule and make a plan.  Plan?  That’s not really possible.  This place is enormous.  It’s the world coming together for music, films, technology and every new idea under the sun.

So my plan for the next 6 days is to simply record what we get up to.  Report what we thought was cool.  Do our best to connect with the Minnesota artists and music folks here representing us.  And eat.  And see as many shows as possible.  Catch some key-note addresses.  Maybe catch a movie premier or two.  Then try to sleep it off and get back to reality.

Well, it’s warm.  That’s a plus.  Blustery and overcast but a fine day to be out and about.  Wednesday calls for heavy rain before clearing again.  So let’s enjoy it while we can.

We wandered the streets, checking venues.  Extended stops in the Convention Center exhibit hall and the Sony technology center.  The former brings in innovators from around the globe showing their wares and trying to drum up business.  The latter, pure fun and games.  What a weird, weird world when you can walk from one booth showing their Firefly rocket engines, to robots cooking your breakfast, to CIA recruiting! 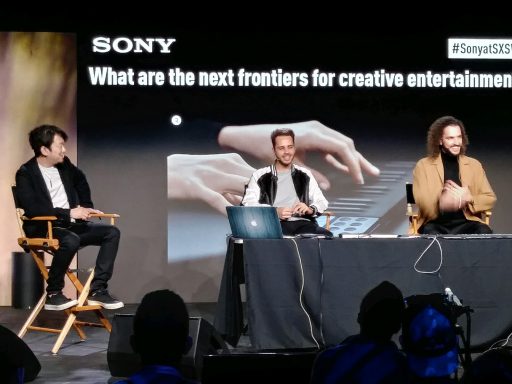 My traveling companion shook his head and explained how he expected to hear Texas accents all around him.  Instead, half of what you hear is from around the world.  More Australians than Texans.  Truly a worldwide event.

What to eat?  Plenty of choices.  Restaurants every couple feed and food trucks everywhere.  If Tex Mex is your bag, this is the place.  We opt for Gus’ Fried Chicken.  It’s a Memphis tradition but back in January we skipped it while down at the International Blues Challenge.  Short wait and then that classic, crispy bird with a bite.  Appropriately served on a paper plate with beans, slaw and greens.  Sufficient fuel to go catch some music.

Music is everywhere.  But it’s not as easy as you think.  If it’s a band in demand, somebody you already know, you can bet everybody else is also trying to get in.  These are nearly impossible.  The good news, however, is that if you can determine a style you like and the band was good enough to make it into the showcase, it will probably be worth your while.  Finding a new band to get excited about is as good as it gets.

Favorite band on Tuesday was at Latitude which is featuring UK artists.  Lucia, a Glasgow based quartet, bombed the club with their over the top, grungy brand of power pop.  My feet were shot and the day was more than beyond done.  But the shot of adrenaline from these four made it all worthwhile.  Hopefully, they’ll find their way to the Upper Midwest.  They’d blow the walls out of The Entry. 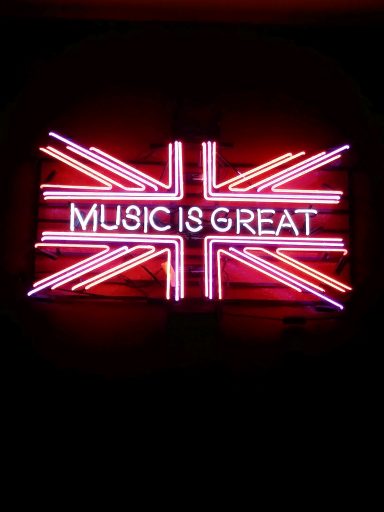 After starting off with an agressive plan in 2009 to release 4 albums in their first year Minnsota group Rogue Valley has slowed things down a bit. They took their time to craft their new […]

In the world of guitar playing, there are those whose names become synonymous with the glory days of rock.  Hendrix with his Band of Gypsies, Clapton with Derek and Dominos or Pink Floyd’s David Gilmour.  […]

Run The Jewels Stomped thru The Myth

Yesterday was Valentine’s day. As majority of my friends seemed to be having fancy dinners or getting engaged, I scarfed down a frozen pizza and headed out the door to go to a concert because, […]