BYANK at the Turf Club – TICKETS 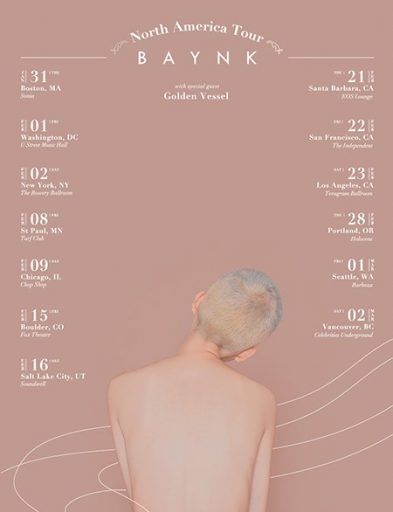 The softer than usual, layered electronic arrangements of BAYNK is the afterthought of singer/songwriter, producer and multi-instrumentalist Jock Nowell-Usticke who broke out in 2016 accidentally when a blogger from Hillydilly stumbled across the one song “Sundae” he uploaded before having all his music equipment stolen whilst backpacking around Europe.

Laptop stolen and unaware of the initial song’s success, the New Zealander later found himself on several festival line-ups around the country, most notably Laneway. His 2016 single “What You Need” featuring NÏKA earned him early critical praise hitting #1 on Hype Machine and support from major tastemaker YouTube channels such as Majestic Casual and Chill Nation. Both this and his follow up single “Poolside” were picked up by multiple New Zealand Radio DJ’s as well as tripleJ and SiriusXM internationally.

After a 26-date North American support run with Matoma and three sold-out debut headline shows in New Zealand, BAYNK joined Australian producer Hayden James on his fall U.S. tour as special guest last November before returning to NZ to perform Laneway once more. Summer 2018 saw BAYNK set out on a debut U.S. headline tour, selling out all four shows in NYC, Los Angeles, Washington DC and Denver. Prior to this was a *sold out* spring 2018 tour with Kasbo, which traversed 10 cities across N. America

Weedeater at the Fine Line – TICKETS 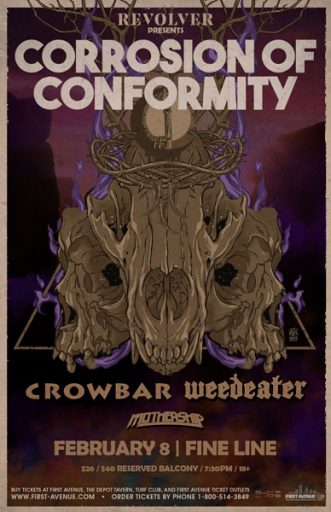 Legendary sludge outfit WEEDEATER (“Dixie” Dave Collins – Bass, Vocals; Dave Sheperd – Guitar, Vocals) is writing new material for their first Season of Mist recording, slated for a release in 2014. Following the release of their 2001 debut …And Justice For Y’All, the North Carolina-based band immediately established themselves as a force in the U.S. tour circuit and quickly gained notoriety in the American metal scene.

In the time since, the band have released three critically-acclaimed albums: Sixteen Tons (2002), God Luck And Good Speed (2007), and Jason… The Dragon (2011), and toured around the world with the likes of DOWN, SAINT VITUS, HIGH ON FIRE, and THE MELVINS, HANK III, EARTH, SUNN O))) and more. The band has played prestigious festivals such as Maryland Deathfest, Hopscotch Festival, Stoned From The Underground, Asymmetry Festival, Roadburn Festival, Hellfest, and many more. Regarding the signing, WEEDEATER said, “When we heard we would be working with Season of Mist we almost wrecked our pants. Can’t wait for y’all to check out this 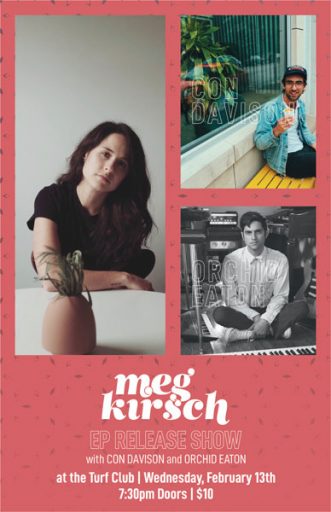 After nearly a decade of composing lyrics to Kenny G cassette tapes, Meg finally picked up a guitar and googled how to play. She’s been stitching words to her very own melodies ever since. She still really loves Kenny G.

There’s a great deal of honesty in Meg’s songs, which is entirely palpable when she plays. Regardless of venue, the room immediately softens when Meg starts singing.

Her debut EP “Street Cat”, due February 2019 is the product of process. Meg’s folk songwriting sensitivities come alive supported by indie rock instrumentation, fortified by synth and drum machines. She’s currently losing her mind in anticipation for this release and is pumped for you to hear it! 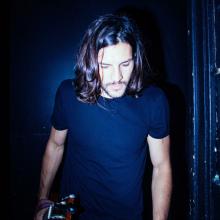 With his own brand of lyric-driven indie rock, singer, songwriter and multi-instrumentalist Craig Stickland is an artist with a lot of stories to tell. Born in Vancouver, Craig moved to Toronto at the age of 3. It wouldn’t be until 10 years later that his interest in music first appeared. “Music’s been a part of my life since I can remember,” says Craig. “Before I ever picked up a guitar, I sang in high school cover bands. I was 16 when I started writing my own stuff.”

In 2007, along with Erik Alcock, Craig formed the band We Are The Take, recording their would-be debut album with Grammy-award winning producer David Bottrill (Tool, Silverchair, Muse). The band eventually split some time later, allowing Craig to shift his focus to his own material. “I started writing my own stuff again, focusing on what I wanted to sound like,” says Craig. “I learned how to write from Erik. He’s an amazing songwriter and he taught me everything I know about writing: Be extremely self-critical and never settle.”

Much of Craig’s lyrics are inspired by stories about human behaviour, each song revealing the ways in which love, sadness & power are all interconnected. His stints as a Toronto bartender, actor and model have all influenced his musical journey in their own ways, contributing to his understanding of people and his ability to capture it in words. “I want to get my music out to as many people as possible,” says Craig. “It’s very new. I feel like I could reach a lot of people. I just want to find way to get it out there. I feel like a lot of people will relate to my music, to these feelings and emotions that I write about. Each song I write is different and I want people to make their own interpretations. That’s the great thing about music.” 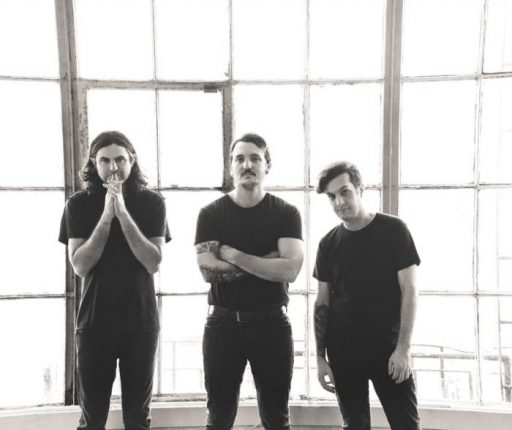 On their debut LP “Mirror”, Balms chose to submerge their airy, dream rock sound into the depths of the soul, embarking on an internal excavation of the darkest area that exists within us all – the Shadow Self. Through years of sonic exploration, conjuring melodies from meditative, repetitive improvisation, the band manifests songs that break through the standard rock format and reach for a more profound level of musical communication. The result is a journey of self-discovery – 11 songs that each offer a place of sanctuary and healing.

Recorded by Jack Shirley (Deafheaven, King Woman, Bosse-De-Nage) to create the environment – the raw, live-to-tape experience of the music – and mixed with precision by Justin Gerrish (Brand New, Vampire Weekend, The Strokes), “Mirror” is a nightmarish yet cathartic space for the listener to confront and forgive their own darkness, and out of this experience, to grow.