Shaed at the Entry – TICKETS 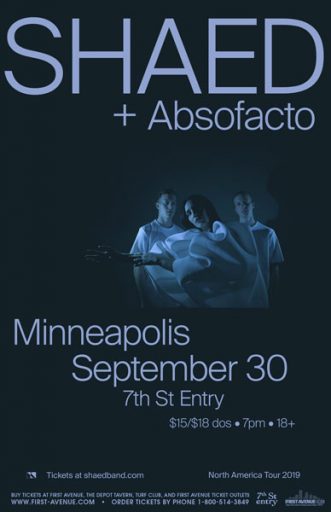 Their breakout hit “Trampoline” led to many festival appearances over the summer. Check for last minute tickets, cause this one’s sold out and then some!

flor / joan at the Amsterdam – TICKETS

With their nuanced songwriting and inventive sensibilities, flor use their songs to explore feelings of longing and heartache, anxiety and self-doubt. On their debut album come out, you’re hiding, singer/guitarist Zach Grace, bassist Dylan Bauld, guitarist McKinley Kitts, and drummer Kyle Hill alternately magnify and brighten those feelings by dreaming up an intensely cinematic take on synth-driven alt-pop.

The band released their new album “Ley Lines” on September 6

joan have been around for less than two years but have already become media darlings, garnering acclaim from the likes of Noisey, Clash, NME and Billboard. They were even named one of the standout acts of last year’s Great Escape Festival by the Telegraph and The Independent. They’ve gained a ton of traction on radio in Europe and have just signed with SNAFU Records (Carl Falk’s label out of Universal Music Sweden) for Europe. 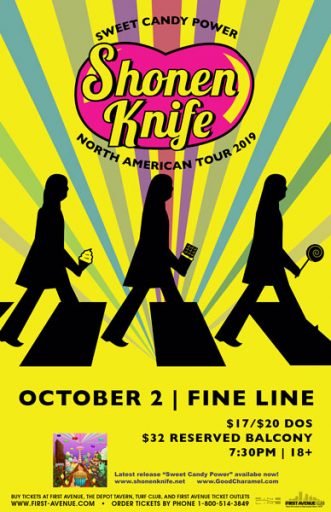 Since their pure DIY beginnings in 1981, Osaka, Japan’s Shonen Knife have been building a faithful following of music enthusiasts and the alternative rock elite. Their relentless journey secured the band’s place as one of the pioneer ambassadors of Japanese rock music and culture on the international stage. The band features original members (and sisters) Naoko on Vocals and Guitar, Atsuko on Bass and Vocals and introduces their newest member, Risa, on Drums and Vocals.

Kitten Forever and Black Widows will bring some local flair to the evening. 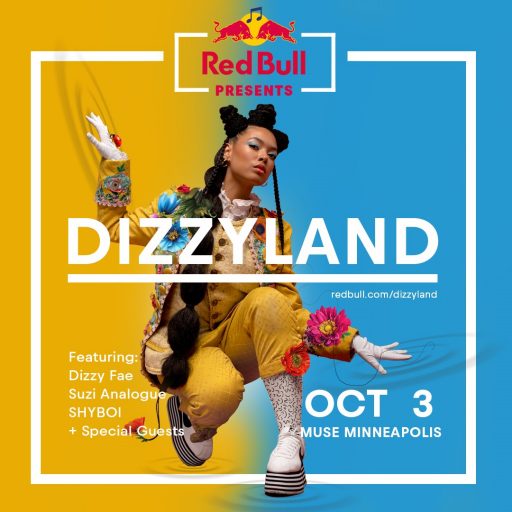 On October 3rd Minneapolis will turn Muse Event Center into a space open to all to celebrate its diverse underground music scene, which is continuing to rise to national attention. Over the past few years, the city’s music and dance scenes have evolved, becoming a breeding ground for emerging queer and POC talent to collaborate and flourish. One of the central players in this movement is multi-disciplinary artist Dizzy Fae, who has come together with Red Bull to coproduce Dizzyland. The show’s lineup consists of Dizzy herself, Suzi Analogue, and SHYBOI with additional artists to be announced soon.

Dizzy Fae began her career as a classically trained dancer before transitioning into the contemporary dance realm. From there she combined movement and song with her 2018 breakout mixtape, Free Form Mixtape, and has continued to carve out her own genre-bending lane since. Suzi Analogue is a prolific producer, singer, and founder of Never Normal Records who has toured the world with Sylvan Esso and Princess Nokia. Jamaican born, New York based SHYBOI is a DJ and artist with three Boiler Room sets, a performance at MoMA PS1, and a sold-out show at the Guggenheim under her belt. SHYBOI is an integral member of DISCWOMAN, a New York based platform, collective, and talent agency amplifying and booking the voices of underground electronic artists.

Plague Vendor at the Amsterdam – TICKETS 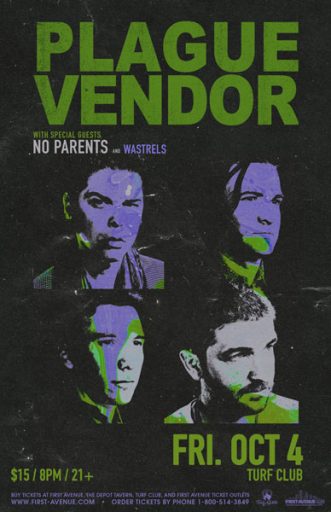 When Plague Vendor were about make their new album By Night, singer Brandon Blaine didn’t exactly know what he wanted it to sound like, but he did know what he wanted it to look like. “A house that’s falling apart but lit up like crazy,” he says now, six months after finishing a record that captures that exact feeling of ruin and regeneration, of charisma and catastrophe and of slashing at the night with nothing but pure electricity. Where 2016’s BLOODSWEAT ended with a to-be-continued moment and Blaine shouting “Romance!” into the silence, By Night ends with a second of feedback and noise. 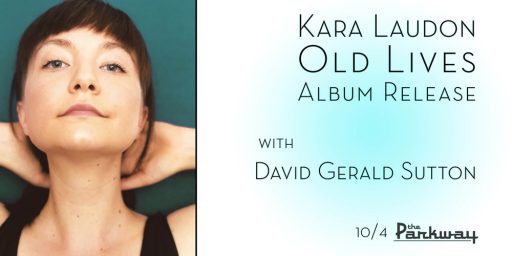 Kara Laudon is a singer songwriter based in Minneapolis. Her intricate indie-pop numbers hide their power and trying themes inside surprising melodies and lush production. Her recent release, Old Lives, is a coming to terms with an unrecognizable younger self, while never foregoing song for message. Laudon’s gentle and effortless delivery manages to magnify her gut-wrenching former truths. On setting out to remember who she’s been, Kara Laudon has found herself in Old Lives.

Gaelynn Lea at the Ordway – TICKETS 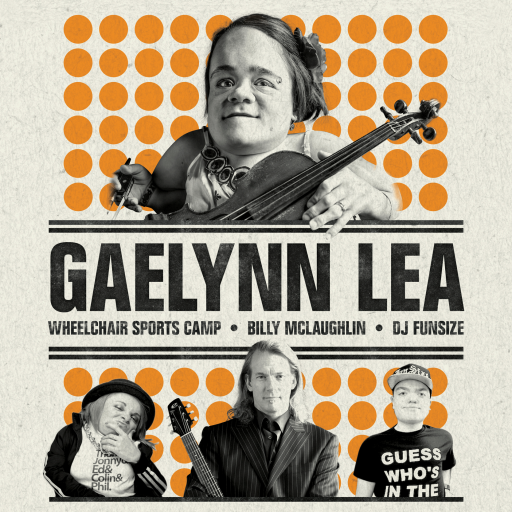 Join Gaelynn Lea and her full band for an evening of music that defies genres and labels. Gaelynn will be hosting her first-ever showcase at The Ordway, and has invited a radical group of talented artists to join her onstage. From hip-hop to acoustic guitar and everything in between, the audience will be taken on a musical joyride that is sure to include artist collaboration, heartfelt lyrics, political insight, and lots of laughs.

A limited number of discounted tickets are available for low-income patrons who are unable to afford the full ticket price. Please enter promo code GAELYNN at checkout if you wish to purchase these discounted tickets. 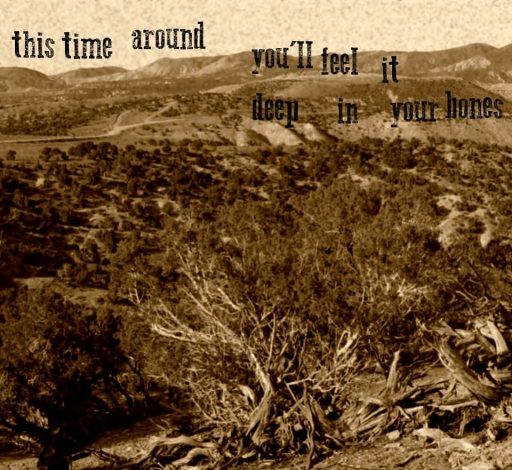 Minneapolis alt-country rock band, Sigcell, returns with Pile of Ghosts, an EP far removed from their deeply introspective debut record, The Poet. Comparatively, Pile of Ghosts, is as sparse as The Poet was lush. Trading layers of electronics for acoustic guitars, rich vocal harmonies and a hint of old west aesthetic, Pile of Ghosts evokes characters reckoning with a future they’re not ready for. Sigcell has been around in one form or another since 2001 with several different band members joining, leaving and returning over the years. Their first record, The Poet, was released in 2005. Since that time, the band has floated in and out of the public eye and stage with band members spending time pursuing other projects. In 2015, original founding members, Peter Wannemacher (Vocals/Guitar) and Andrew Munsch (Guitar) were joined by Sam Keenan (Bass) and Ben Stein (Drums).

A Primitive Evolution with PIG and Cyanotic at Mortimers – EVENT INFO 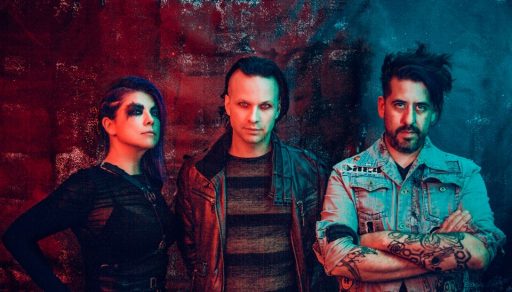 Out of the primordial soup comes A Primitive Evolution. (A.P.E.) Given the gift of sentience, they are here to create a constantly evolving soundtrack to our world using their brand of Dark Alternative Rock. They are now undergoing their next mutation with the release of their latest album Becoming. Recorded at their self-built Desolation Studios in Toronto, ON the album features collaborations with writer/producer Ian D’Sa (Billy Talent) and Audio Engineer Kenny Luong (Metric). The band has partnered with Metropolis Records to unleash Becoming unto the world. Known to be raw and visceral with soul and beauty A Primitive Evolution is best consumed live and/or at extremely loud volumes.

Papa Roach have sold 20 million records worldwide and garnered over 2 billion in streaming to date. Who Do You Trust? marks a paradigm career shift for the 26-year-old band. Singles “Who Do You Trust?” and “Elevate” have steadily remained in the Top 10 at Active Rock Radio, marking 14 Top 5 hits and six #1 hit singles in their career on three different radio formats (Active Rock, Alternative and Top 40), showcasing the band’s ability to consistently write hit songs, including their new single, “Come Around.”

The music video features footage from their recent August 11 Who Do You Trust? headlining show in New York, NY, featuring longtime fan Mark Moreno, who has followed the band through thick and thin since 2000, making the show his 57th Papa Roach concert. Jacoby presented him with a gift — a platinum Papa Roach plaque in honor of Elizabeth – and thanked him for his support by giving him two golden Papa Roach “Por Vida” (“For Life”) passes, good for tickets to any Papa Roach show, anywhere in the world, for free, for life.