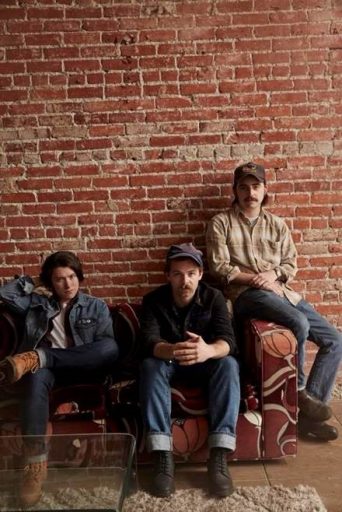 Lifelong friends and deep-north natives, Michigan Rattlers play heavy-hearted folk-rock with an aching dose of Midwestern nice. Graham Young (guitar), Adam Reed (upright bass), and Christian Wilder (piano) began writing music and performing together in their Northern Michigan high school. “Petoskey is a small place. Beautiful, but secluded. It’s hard to start a musical career in a place where there are more deer than people.”

Still, they regularly played every bar, cafe, and stage in town, developing a musical chemistry informed by the likes of AC/DC, Creedence Clearwater Revival, Bob Seger, and more. After a few years apart, Reed and Young settled down in Los Angeles, recorded a short demo, and began playing locally. The demo found its way into the hands of super-producer Johnny K (Plain White T’s, 3 Doors Down), and they cut the bulk of their first EP at NRG Studios in just one day. “My favorite music is recorded that way,” continues Reed. “You get in a room, plug in, and cut songs live. The energy of the recording comes directly from the physical performance, and it puts the listener into that specific time and place.” 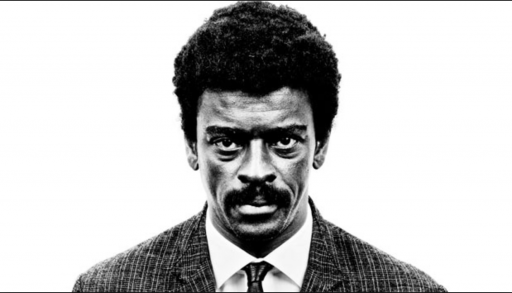 Seu Jorge (nickname given by friend and drummer Marcelo Yuka) achieved his first professional achievement as a musician in 1998: member of the band Farofa Carioca, released the album Moro in Brazil in Portugal, Japan and Brazil. In 2001 he released the first solo album Samba Esporte Fino, produced by Mário Caldato and Seu Jorge, mixed and mastered in Los Angeles. The following year he composed with Ed Motta the song “Has space in the Van” and also realized the project of samba of high party called Caatinga of Swing, with presentations in a nightclub in the zone south of Rio and Skol Rio.

During the carnival of 2006 he recorded a documentary for the BBC of London, whose theme was his life, aired on the South Bank Show program, and then shown in Brazil, the United States and Europe. In April, she opened the shows of the singer, Cesaria Évora, in New York, Boston and Washington, and in May Seu Jorge received Gilles Petterson and CNN in his house for the recording of a program broadcast all over the world.

At the end of 2006 he focused on the recording and production of América Brasil – O Disco, under which he toured for two consecutive years on national and international soil. In January 2009, he recorded America Brasil The DVD. In July 2010 he released the album Seu Jorge & Almaz by the American label Now Again.

In 2011 he released the album Músicas para Churrasco Vol. 1, and on November 20 of the same year, on the national day of the black conscience, he recorded the DVD with public success. The launch came 1 year later, on the same date. Seu Jorge defines himself as a popular singer and composer, who likes many musical genres, but whose foundation is samba: Samba is our truth, our particularity, our gold medal, our bulwark, our Brazilian standard. 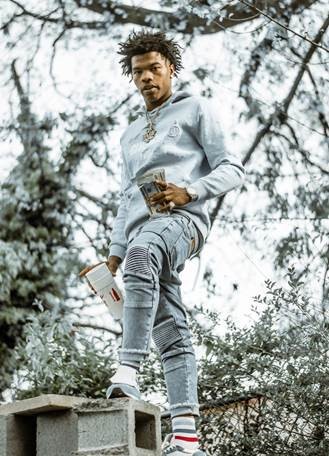 Lil Baby is coming to town!  Catch him in Minneapolis playing The Varsity on 8.24.  Joining him on tour is YK Osiris, City Girls, Kollision, B LA B, and 24 Heavy.

The 23-year-old Quality Control Atlanta rapper embarks on his debut solo tour.  He has only been rapping for over a year and has already achieved more than many artists: A top 10 record with “Yes Indeed” -it vaulted to number 6 on Billboard’s Hot 100-, obtaining over 1.6 billion accumulated streams,  selling 71,000 units with his debut album “Harder Than Ever” and collaborating with the likes of Drake, Quavo, Offset, Cuban Doll, Lil Yachty, Lil Uzi Vert, MoneyBagg Yo, Young Thug and more. Not to mention “Harder Than Ever” debuted at No.3 on Billboard’s Top 200 chart.

Lil Baby surged onto the scene with his hit “My Dawg” which was featured on QC’s Quality Control: Control The Streets Volume 1 compilation.  The record gained over 55 million views on YouTube. More recently his hit “Yes Indeed” featuring Drake really propelled him to mainstream spotlight which has a whopping 294 million streams.  The Atlanta southside rapper is an orator using music as a vessel to share stories from the streets. Lil Baby also made his late night debut on Jimmy Kimmel.