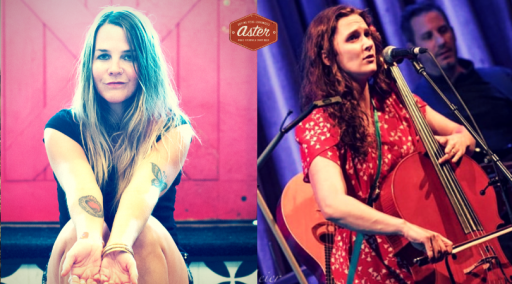 Mary Bue is an indie musician based in Minneapolis. A prolific songwriter with 7 albums under her belt, Mary’s music touches upon archetypal themes of the human condition: love, loss, triumph, dreams, and the natural world. A longtime student of yoga and psychology since her early teens, Mary weaves sacred subject matter into her songs with inquiries into the spirit, the seeking of deeper levels of consciousness, and deep concern for the environment all mixed into her sometimes crass, real-world hue.

For the early half of 2017 Mary was an Artist in Residence at the Wurlitzer Foundation in Taos, NM – spending time creating in solitude, along the Rio Grande river gorge and Sangre de Cristo mountains. She released her 7th project The Majesty of Beasts in May 2017 which landed on 2017’s Best of Minnesota Music lists for the Minneapolis Star Tribune and #3 in the City Pages. Mary’s long-time support of PAVSA (Program for Aid to Victims of Sexual Assault) as well as the release of this EP was also recognized in November, honoring Mary with 2017 Community Ally of the Year.

Julia Floberg is a cellist and singer-songwriter from Minneapolis, MN. She started playing music when she was five, and went on to receive formal classical training on cello. She started composing and songwriting in her early 20s and has released two albums, Aporia (2018, solo) and Two Roads to Nowhere (2019, full band). Julia is the founder and arranger for the Delphia Cello Quartet, the cellist for Mestifonia, and a member of Lady Spruce.

Cayucas at the Turf Club – TICKETS 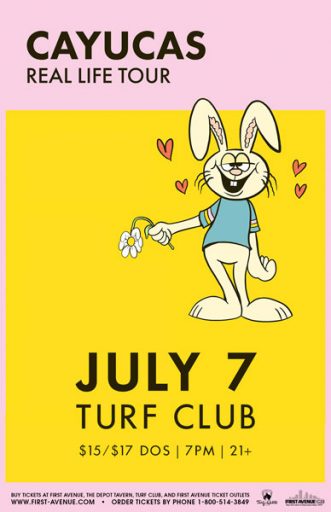 Cayucas, the Los Angeles-based band known for their sunny, melodic surf rock and buoyant, rhythmic jams, know the value of a fresh start. After riding the wave that a pair of albums and half a decade in the indie rock spotlight brings, the group—the work of twin brothers Zach and Ben Yudin—found themselves facing an uncertain future after losing key parts of their infrastructure. Seizing upon the opportunity to make a change, they responded by injecting a new vibe into their bread and butter sound, resulting in no less than the album of their career.

Having burst upon the scene in 2012 with their debut, Bigfoot, Cayucas quickly earned all the spoils for which a celebrated indie upstart could hope. Following two and a half years of heavy touring, they released their second album, Dancing at the Blue Lagoon, in 2015, a slightly moodier but no less infectious affair. It represented a creative step forward for the band, and while its level of praise never quite equaled the fever pitch for their debut, fans enjoyed the Yudin’s growth as songwriters and the record’s emotional depth. As they took time to begin preparations for the next record, they were also faced with the task of finding a new record label and representation. Undeterred, the brothers embraced the opportunity to reset.

“Maybe we’re optimistic, but it felt good to get a fresh start,” Zach says. “We were able to view things in a positive light. We were lucky, in a sense; we were starting from scratch and had nothing to lose. And when you’re coming from a place like that, that’s when things can creatively become much more interesting.”

Opening for 311 and Dirty Heads 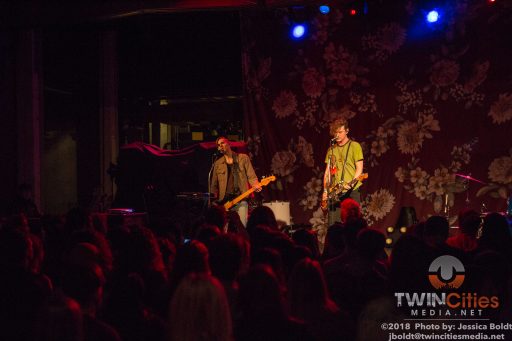 Comprised of Nick Wold, Jacob Wick, and Nelson, the sentiments of triumph and tragedy seem to be a constant in DREAMERS’ history, and LAUNCH FLY LAND is no exception. Even from before the band’s inception, frontman Nick Wold’s dream of rock stardom was seemingly impossible as he found and developed his voice while living out of his dingy practice space in Brooklyn. Later that year, DREAMERS’ first single “Wolves (You’ve Got Me)” was in rotation on SiriusXM’s Alt Nation, a nearly unprecedented milestone for a new act. Filled with grungey guitars layered over psychedelic aesthetics

On the heels of success, the band relocated to Los Angeles in 2015 and soon landed a coveted opening slot on Stone Temple Pilots’ U.S. tour. Later that year they put out their debut LP This Album Does Not Exist which featured breakthrough songs like “Sweet Disaster.” Two years later, after extensive writing and touring, the band put out two EPs, LAUNCH and FLY. These releases were intended to be part of a three-part EP series, but they ended up writing so many songs for the final installment of the trilogy that it organically morphed into their second full-length, LAUNCH FLY LAND.