Mod Sun at the Varsity – TICKETS 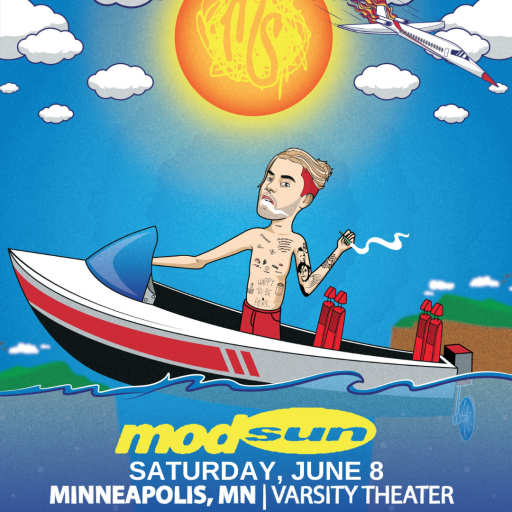 Bloomington Minnesotas most well known export, Mod Sun the happiest hippy in the game will be returning to his home state for what is sure to be another memorable event. He will bring his energy to the Twin Cities just in time to round out his recent mini tour that was announced in conjunction with the release of his latest effort “I Remember Way Too Much.” The tours a small run with a pair of Midwest dates and a handful in Florida, culminating at the Varsity Theater where the hometown crowd just can’t be beat.

An artist with a portfolio based in post hardcore his rhythm is infectious. With his very own style of hip hop, affectionately called ‘hippy hop’, Mod Sun has carved his own lane within the music industry sculpting out a place for him and anyone who’s ever given his music a listen to be happy. With the release of a handful EPs and albums Mod Sun has shown it’s cool to be positive and that pessimism is overrated. Its a homecoming of sorts and anyone whos a fan of music is sure to enjoy the show.

Dennis Lloyd at the Amsterdam – TICKETS 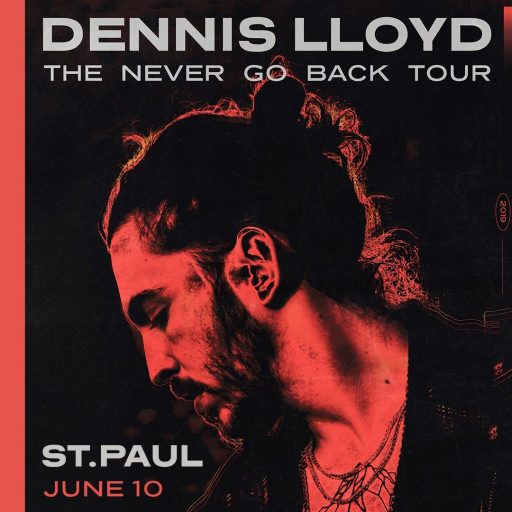 With dreams of international influence, Nir coined his moniker Dennis Lloyd in an effort to connect with a diverse audience, choosing the name after countless internet Google searches to find the most accessible combination.

“I wanted a name that would translate around the world,” says Dennis. “It’s always been an aspiration of mine to be an international artist. No artist from Israel has really ever broken out.”

And having released his first single in 2015, just three years later Dennis Lloyd has done just that. His breakout hit “Nevermind” is a global phenomenon having amassed over 750 million streams across all DSPs, is platinum in seven countries and reached #3 on the alternative radio charts in the US.

The success grew organically from the song’s almost mysterious versatility. From its melody to lyrical composition, it crosses all genres and employs a sense of emotional complexity in the midst of relatable simplicity.

He learned to play the trumpet at age 8 and the classical guitar at age 13. While on a family trip to the US in his early teens, Dennis recalls buying his first microphone that he quickly put to use writing and recording original music from his bedroom.

Mattiel at the Entry – TICKETS 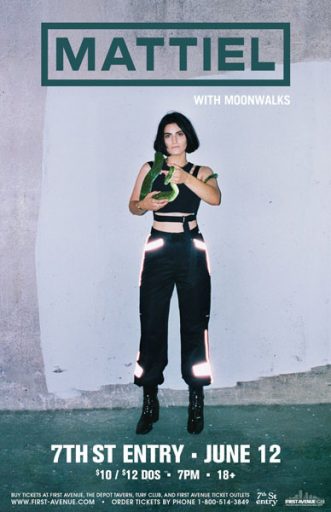 Watching her onstage, that brown bob of hers whirling like a cyclone as she unleashes her brash and husky riot of a rock voice, it’s hard to imagine Mattiel Brown was ever anything but a natural-born performer, a tried-and-true self-empowered presence. “Honestly though I never even believed I could do this all,” Mattiel, one of rock’s most thrilling young talents, says. Still, dig deep and she’ll admit to those times when she’d let herself dream: of one day stepping onstage, gripping that microphone and showcasing her skills. Then, she imagined, could at last let it all go, unleash that deep-seeded passion of hers for melody and rhythm and intricate storytelling and channel her pent-up ferocity into something real and palpable and powerful.

“But,” adds the soft-spoken singer, whose youth was shaped by an eclectic range of Music – from folk to punk and rock to hip-hop – and who for years only sang for her mother in private, “I remember thinking all along, ‘Yah, I would love to do that but it’s out of my wheelhouse, right?’” Mattiel pauses and smiles as if to say she now knows she was capable of becoming a masterful rock frontwoman all along. “I guess I just really had to break out of my skin.” 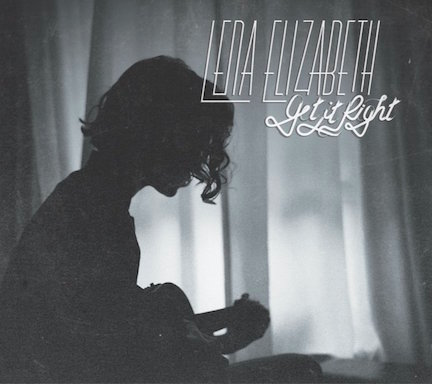 Lena Elizabeth is a singer/songwriter based in Minneapolis, Minnesota, writing songs influenced by folk storytelling with a voice rooted in the blues. The youngest in a household full of musicians, she succeeds in blending old and new influences to create a Pop/Roots sound that is approachable across generations. She will be celebrating the release of her new music video of her song “Nobody Wants You” off her album “Get It Right”.

San Cisco at the Cedar – TICKETS 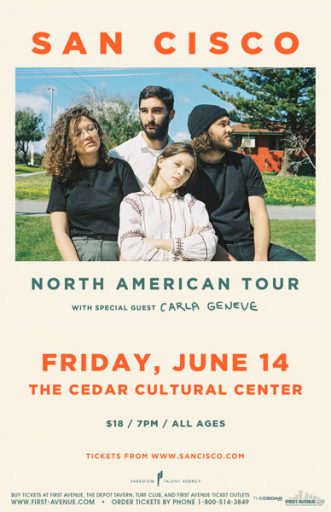 San Cisco are a four-piece indie pop group hailing from Fremantle, Western Australia. Initially whipped up in the wake of high school graduation, the foursome soon found themselves unwittingly defining hipster culture with the video for their breakout hit “Awkward.”

Fast forward to 2015 where San Cisco delivered their sophomore album Gracetown which debuted at #2 on the ARIA charts showcasing a new sound for the band — a more worldly approach to life; exploring the tyranny of love, displacement, homesickness, heartache and heartbreak, via disco, funk, soul and hip-hop undertones. The group released their third album The Water in 2017 and embarked on an extensive world tour — playing 21 shows in 46 days across America, Europe and Australia.

2018 saw the band play their biggest tour to date in some of Australia’s most iconic venues as well as the release of new single ‘When I Dream’ coming in at #48 on Triple J’s Hottest 100 — the latter’s video of which was filmed in Joshua Tree, California. The single served as the first taste of their upcoming record, due for release soon.

Gramma’s Boyfriend and Catbath at the Hook and Ladder – TICKETS 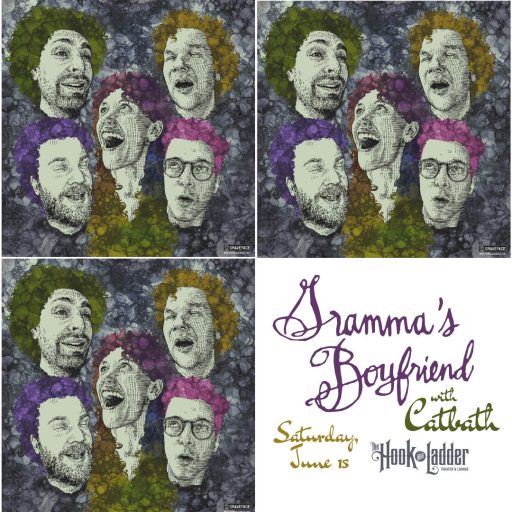 Catbath, a four-piece St. Paul rock outfit, is known for their energetic live shows and eclectic sound which draws from disparate genres and eras – from sixties garage pop to grunge to metal – with a common thread of undeniable melodies and irresistible pop hooks. Catbath’s purring harmonies, roaring screams and hissing fuzzy feedback, are as fresh and bracing to the ears as a rough cat’s tongue to the cheek. They will shred you like the furniture!

Marah In The Mainsail at the Entry – TICKETS 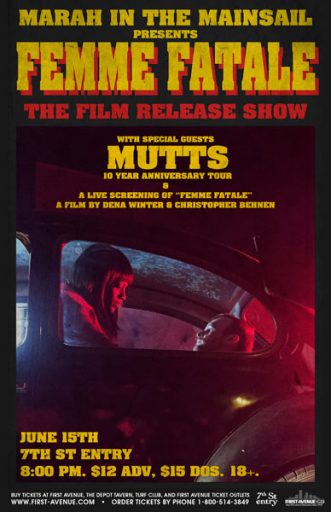 Cinematic is the word most often used to describe Minneapolis based Marah in the Mainsail. The sound is dark and mysterious at it’s core. With layers upon layers of dynamic turns, from the hopeful highs of “Fox hole” to the guttural darkness of “the Great Beyond’. Between Durry’s true grit voice, and Mercedes tender subtlety, you’ll find a vast array of narrative and stylistic possibilities.

With imposing and wild jungle drums, soaring brass horns, growling bass, and shimmering spaghetti western guitars, all blanketed under a sinister vintage organ. This band has all of the tools it needs to paint an epic picture, “We set out to create something new. Something outside the industry standard. Something hard to define, but easy understand. We strive to bring the in depth experience of the cinema and literature to the modern music scene. Please join us in this grand experiment of the arts.”

Since debuting their full length album Thaumatrope in 2015, the band has gained considerable notoriety in the Midwest, and continues to grow their exceptionally loyal fanbase across the country. They later signed with Minneapolis local Last Triumph Records, and released Thaumatrope on 12” vinyl. Poised to launch into the rest of the US and beyond with their brand new album Bone Crown, Marah in the Mainsail continues to stand out from the pack, and bring their unique blend of musical influences to the alternative music scene.

Circles around the Sun at the Turf Club – TICKETS 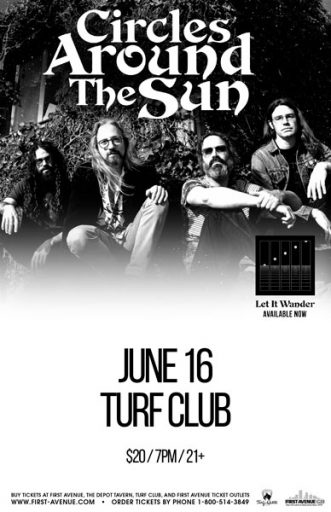 Let It Wander is the second album from Circles Around the Sun, but the quartet agrees that in many ways it feels more like their first. By now, the band’s unconventional origin story is well known. Three years ago, guitarist Neal Casal formed the band with keyboardist Adam MacDougall (his bandmate in the Chris Robinson Brotherhood), bassist Dan Horne and drummer Mark Levy to record some Grateful Dead-influenced instrumentals to be played during the set breaks at the Dead’s “Fare Thee Well” concerts. “That was supposed to be the end of it,” Casal says.

Instead, there was an album, Interludes for the Dead, followed by several acclaimed live performances. The response was so positive, and the band was having so much fun making music together, that they agreed to keep it going, MacDougall says. “The chemistry the four of us had was instant and undeniable. It felt like we’d barely scratched the surface of what we could do, which is why we wanted to get back in the studio.” It took nearly three years, but Circles Around the Sun – usually shortened to CATS – finally returned to Castaway 7 Studios in Ventura, California earlier this year. After the long wait, they made the most of their two weeks together, recording and mixing seven new instrumentals, enough to make Let It Wander a double album.

The players and the studio were the same, but Horne says the band’s approach to the music was completely different. “We were chasing a particular sound the first time around, so the process was slightly more structured. For this record, that map was gone, and we were on our own.” Embracing their newfound freedom, CATS responded with seven focused performances filled with imaginative musical turns. Horne and Levy form a veritable groove machine that knows intuitively when to tighten up and when to stretch out. They expand and collapse the rhythmic pocket around Casal and MacDougall, who pass melodies back and forth in an elaborate game of musical tag as they take turns adding color and shade from a seemingly endless kaleidoscope of cosmic sounds. 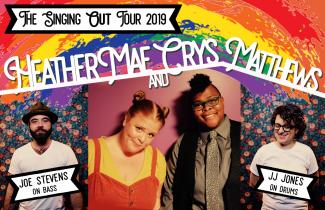 Ask anyone about the new generation of social justice music-makers and they’ll mention either Heather Mae or Crys Matthews. Mae, a powerhouse performer and earthshaking vocalist, has turned her personal struggle with mental health and body image into an empowering message of self-love, a universal light force that shines for every audience member. Matthews is a powerful lyricist whose songs of compassionate dissent reflect her lived experience as what she lightheartedly calls “the poster-child for intersectionality”. These two singer-songwriters have joined forces with JJ Jones (Girlyman) and Joe Stevens (Coyote Grace) for The Singing OUT Tour.