Luthi at the Entry – TICKETS 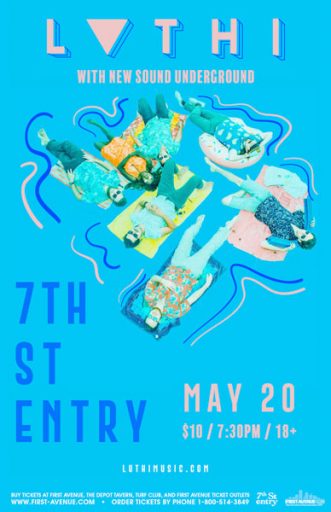 LUTHI routinely brings the party, and it’s a big one. “Boogie Circus” is the most colorful description of their sound so far. “We like the term Cumberland Funk too,” says frontman Christian Luthi, an homage to the river that flows through their Nashville home and a sound that blends the city’s often under-appreciated musical history. What’s very evident in talking with (what they call) “The LUTHI Crew” is the shared passion for helping others let loose.

And let loose they will. Traveling in a pack that can be likened to big bands of days gone by, LUTHI has honed in on the one thing that all of them can agree on; “keeping it weird”. Drawing from influences that include soul and R&B acts from the 1960s, psychedelic funk and groove from the ’70s, and New Wave rock and roll from the ’80s. LUTHI then turns the ingredients into their own stew of modern dance music, with lyrics and melodies that only continue to open themselves up to listeners with each new spin. 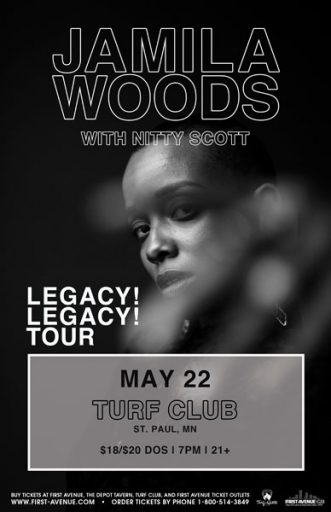 In the clip of an older Eartha Kitt that everyone kicks around the internet, her cheekbones are still as pronounced as many would remember them from her glory days on Broadway, and her eyes are still piercing and inviting. She sips from a metal cup. The wind blows the flowers behind her until those flowers crane their stems toward her face, and the petals tilt upward, forcing out a smile. A dog barks in the background. In the best part of the clip, Kitt throws her head back and feigns a large, sky-rattling laugh upon being asked by her interviewer whether or not she’d compromise parts of herself if a man came into her life. When the laugh dies down, Kitt insists on the same, rhetorical statement. “Compromise!?!?” she flings. “For what?”

She repeats “For what?” until it grows more fierce, more unanswerable. Until it holds the very answer itself.

On the hook to the song “Eartha,” Jamila Woods sings “I don’t want to compromise / can we make it through the night” and as an album, Legacy! Legacy! stakes itself on the uncompromising nature of its creator, and the histories honored within its many layers. There is a lot of talk about black people in America and lineage, and who will tell the stories of our ancestors and their ancestors and the ones before them.

But there is significantly less talk about the actions taken to uphold that lineage in a country obsessed with forgetting. There are hands who built the corners of ourselves we love most, and it is good to shout something sweet at those hands from time to time. Woods, a Chicago-born poet, organizer, and consistent glory merchant, seeks to honor black people first, always. And so, Legacy! Legacy! A song for Zora! Zora, who gave so much to a culture before she died alone and longing. A song for Octavia and her huge and savage conscience! A song for Miles! One for Jean-Michel and one for my man Jimmy Baldwin! 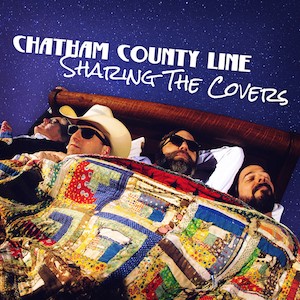 Supporting Steve Martin and Martin Short. Chatham County Line will be at the Mayo Chivic Center in Rochester.

The Raleigh, NC-based quartet’s eighth studio album pays homage to some of their musical influences with covers of classic songs by Wilco, Tom Petty, John Lennon, The Rolling Stones, The Louvin Brothers, Beck and more.

Leading up to the release, The Bluegrass Situation premiered the video for “I Got You,” while Brooklyn Vegan premiered “I Think I’m In Love, which Rolling Stone picked as one of 10 Best Country and Americana Songs to Hear Now. Taking the familiar and adding a touch of bluegrass, the band creates an inventive collection underscored by the twang that immediately marks the songs with their signature stamp.

Marianas Trench at the Varsity – TICKETS 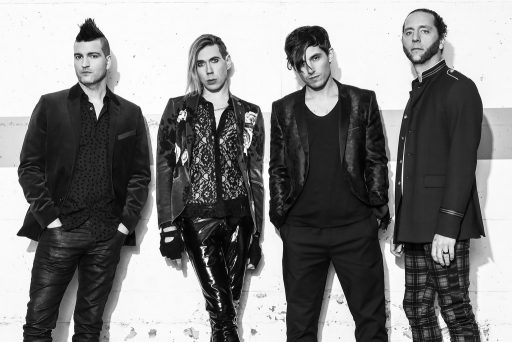 Increasingly people are saying that the album is dead. With Phantoms (604 Records) Marianas Trench prove that the reports of its death are greatly exaggerated. “I think we’re going to see more artists just releasing singles,” says Marianas Trench’s Josh Ramsay, “but that doesn’t inspire me.”

What does inspire Ramsay is creating a self-contained universe for the band’s songs to exist in. On Phantoms, a house possessed by the spirit of lingering loss whose inhabitant is driven to madness by the ghost of a former love. The band drills down into the consequences of that loss deeply on lead single, ‘I Knew You When’ – a track that showcases Ramsay’s staggering vocal range and the band’s ample musical chops in equal measure.

Like past records, Phantoms finds the Vancouver-based four-piece pushing their musical boundaries relentlessly. From the jaw-dropping a cappella opener, ‘Eleonora’ to its unapologetically epic closer, ‘The Killing Kind’, Phantoms sheer emotional weight and brutal honesty will leave a lasting mark on listeners.

“It’s about messy, real-life love with consequences; a relationship that takes years to build,” Ramsay says. “And Phantoms, I think, will allow people to connect on their own stories to the ones that we’re sharing.”