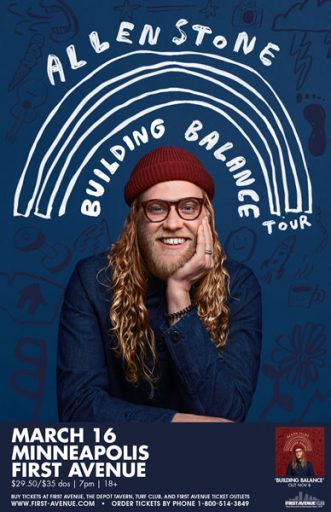 Allen Stone’s Building Balance (due out November 8, 2019) is his first new album in 4 years. It spans a time period in which he had to figure out how the old parts and the new parts of his universe were going to co-exist. He worked with the Grammy-winning producer Nasri as well as the artist Jamie Lidell. Allen continues to draw inspiration from ’70s funk and soul with current flexes, sitting amid D’Angelo in its sultrier moments, Stevie Wonder at its most melodic and the production of Mark Ronson at its most modern.

Gaelic Storm at the Fitzgerald– TICKETS 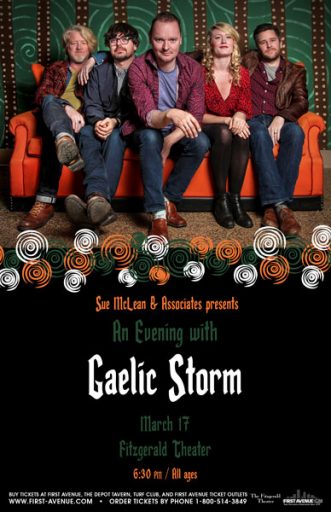 After nearly two decades and more than 3,000 live shows, Gaelic Storm — the chart-topping, multi-national Celtic band — is looking sharper than ever with their latest release, Matching Sweaters. The new album mixes traditional Irish music with modern influences, creating a sound that’s as wide-ranging as the band’s own audience. From bluegrass fans and country cowboys to Deadheads, rock & rollers and Celtic fanatics, Gaelic Storm has built one of the most diverse fan bases in modern music.

Widely-celebrated Bay Area rap group SOB X RBE have cemented themselves as one of the West Coast’s most exciting rap groups. Their new album Strictly Only Brothers was released in December and continues their prolific output, following the Hit-Boy produced album Family Not A Group, released in early 2019. Now, the group are back with their signature brand of rowdy Bay Area hip-hop to captivate audiences again on their North American tour. 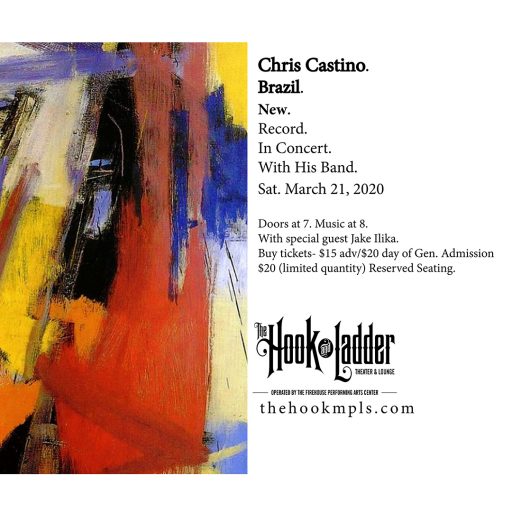 Chris Castino has been the lead singer, guitarist, and songwriter for midwest-based improv rockers The Big Wu since its birth in the ’90s. Besides his unique gospel/blues guitar playing, he has written the bulk of the Wu’s tunes. Many of those songs have remained classic, fan-favorites for over 20 years. Chris has come to understand the songwriting craft in this way: “I see songwriting as art in the way architecture is art. If you’re skilled you build comfortable and durable structures that inspire people and evolve with them. If my songs aren’t enjoyed 10 years after I wrote them, then I’m not doing my job”.

His new album “Brazil” vibes in this way. The tunes are true and refreshing, and built to last at the same time, with as many heavy grooves as there are touching lyrics. It runs from folk to R&B, often sitting somewhere in the middle. Expect this to be the first of many albums for this late-blooming solo artist.

The Districts at the Turf Club – TICKETS 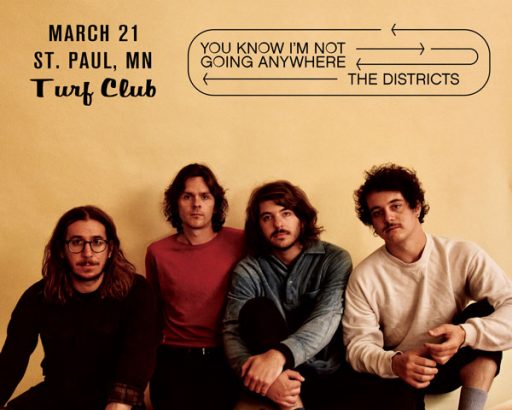 “You Know I’m Not Going Anywhere is an unachievable promise,” says The Districts bandleader Rob Grote. “It’s about a dream for love to last forever and a yearning to postpone death. It is about wanting to escape everyday life while also craving time with one who’s present. It’s a plea to remain the same in the face of constant change, and the certainty of going nowhere fast.” Written after playing nearly 200 shows over two years in support of their 2017 album, Popular Manipulations, The Districts’ fourth full-length You Know I’m Not Going Anywhere almost never arrived.

The Nightingale Trio at the Cedar Cultural Center – TICKETS 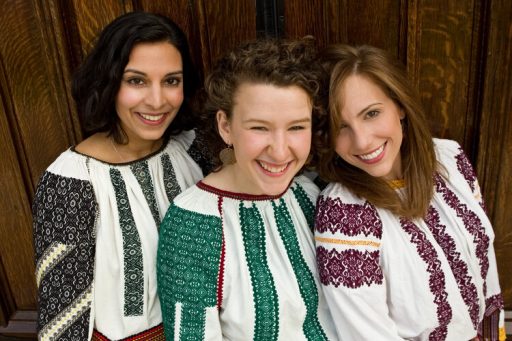 Vocalists Nila Bala, Sarah Larsson, and Rachel LaViola each come from different musical backgrounds, and met as students at Yale, where they sang in the Yale Slavic Chorus. The three deftly draw the listener into stories of women’s struggle and triumph around the world. From one track to another their voices range from the strident, brassy sound of village celebrations to lush and heartwrenching ballads of love and loss.