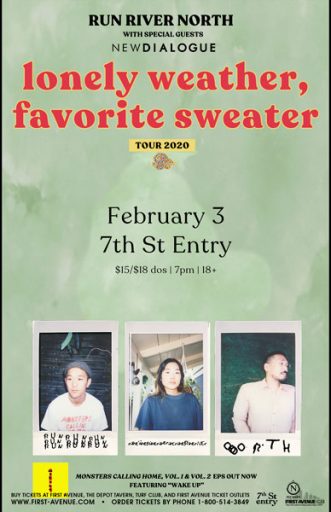 Having ushered in a new era of the band with the release of Monsters Calling Home, Vol. 1 earlier this spring, the alternative Los Angeles-based group Run River North are set to embark on yet another exciting chapter with the second half of that EP collection, Monsters Calling Home, Vol. 2. With a fistful of their most ebullient, catchy, and radio-friendly songs to date, the trio – Alex Hwang (guitar/vocals), Daniel Chae (guitars/vocals), and Sally Kang (keys/vocals)—have completed their journey into the light, focused fully on a fresh, joyful sound while embracing their true communal identity and feeling-driven instincts. And with lead single “Wake Up” paving their way, it’s clear that 2019 will be looked upon as the year Run River North truly began.

Fully functioning as a three-piece since the departure of three founding members of the band in 2016, Hwang, Chae, and Kang have come into their own as a unit, forging a complementary axis from which to write, record, and play. Their bond is made even stronger by the level of trust and respect they share for one another. “We have a really nice perspective of what it means to be a band now,” Hwang says. “Whether in songwriting or being a good tour mate, everyone wants to help each other out and knows how to do that within the group. It’s made for the perfect environment to make songs.”

Voxspex at the Icehouse – TICKETS 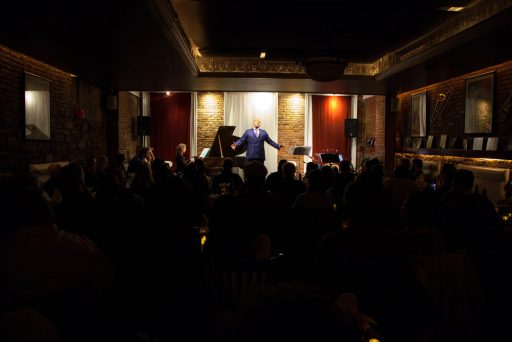 Voxspex is a new style of music that synthesizes legendary opera tunes with music influenced by soul, jazz, and pop. Created by pianist Lara Bolton, this event features powerhouse singers Brittany Renee, Dominique Wooten, and Nicholas Davis, all backed by drums played by Erik Schee, and keyboard. Bolton has also arranged for the  Instrument of Hope to be used for this event, which is a trumpet made from bullet casings that was created by the students of Marjory Stoneman Douglas High School. The use of the trumpet is made possible through Shine MSD, a non-profit organization that promotes healing through the arts. It will be played by Omar Abdulkarim.

The Instrument of Hope (IOH): Voxspex has received permission to use a one-of-a-kind trumpet called the Instrument of Hope. The Instrument of Hope  was commissioned by Shine MSD, a non-profit that the students of Marjory Stoneman Douglas High School created after the Parkland shooting. Their goal is to promote healing through the arts. Made from bullet casings, the Instrument of Hope is available to artists across the country to keep the dialogue about gun violence at the center of our national conversation. The IOH was first used by Panic! At the Disco, and has since made its way to many bands, trumpeters, and educators around the world including The Who, Mannheim Steamroller, and on Broadway at a performance of Oklahoma! It has been played by Randy Brecker, Keyon Harrold, and Bria Skonberg, among others. I am grateful to be able to contribute to this important and timely conversation with the inclusion of the IOH in our show.

Pianist, arranger, and conductor Lara Bolton has always had one foot in classical vocal repertoire and the other in jazz, rock, funk, and soul. The music of Voxspex emerged in 2018, a product of Bolton’s extensive operatic training and vocal coaching combined with her “underground” career as a keyboard player in various bands and styles. Premiering in Minneapolis in 2018 and shortly thereafter taken to New York, this music has been praised for its innovation and wow-factor.

Voxspex features artists that have been on the project since its inception, and some who are joining for the first time. Soprano Brittany Renee and tenor Dominique Wooten have appeared in both Minneapolis and New York. It will be the first time that Nicholas Davis, baritone, joins the crew. All three artists have operatic careers, and they bring outstanding versatility and vitality to the stage. It is the first time drummer  Erik Schee joins us as well. 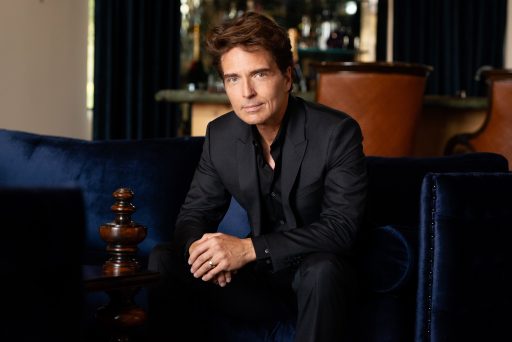 Richard Marx tapped an impressive array of close friends and collaborators to help create his first new album in six years, Limitless (2/7, BMG). In celebration of its release, Richard will embark on a North American full-band tour playing shows coast to coast in Nashville, San Francisco and more.

‘Limitless’ is Richard’s first collection of original music since 2014’s ‘Beautiful Goodbye’ and was co-written with his son Lucas Marx, Sara Bareilles, Morgan Page, Lifehouse’s Jason Wade and Richard’s wife Daisy Fuentes. Watch the video for the album’s lead single “Another One Down” here 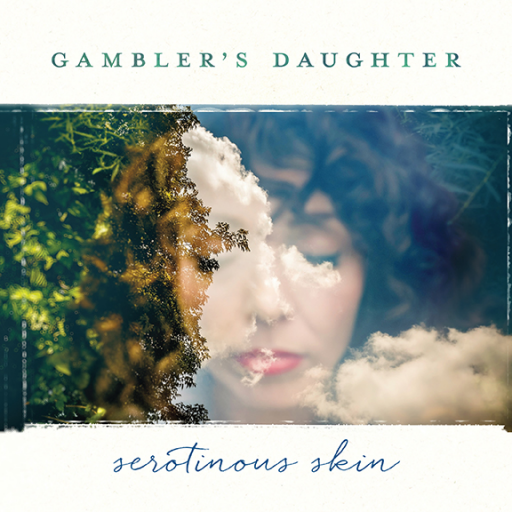 Gambler’s Daughter is the musical persona and band of singer/songwriter Jessa Roquet. Roquet’s first full length  album, Serotinous Skin, harnesses her poetic lyricism and folk sensibilities, bringing them from the evocative and ethereal to places of grit and gravity. Through a sonically diverse landscape, Serotinous Skin ties together themes of self awareness, grief, love, longing, and the transformative beauty that can come through life’s vicissitudes.