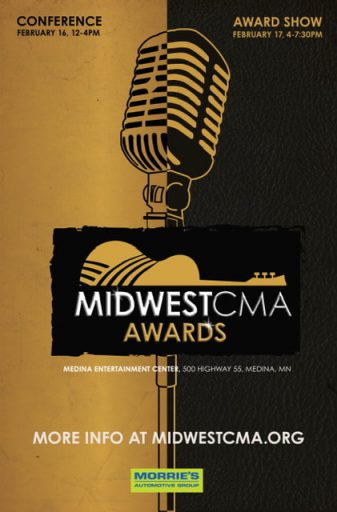 A celebration of the Midwest Country Music Association featuring live performances from over 30 MWCMA members coupled with the the announcement and reception of all 16 category awards. Devon Worley, Chris Kroeze (The Voice finalist), The Plott Hounds, Cody Hicks and the Shane Martin band are the nominees for Entertainer of the Year.

Ian George at the Icehouse – TICKETS 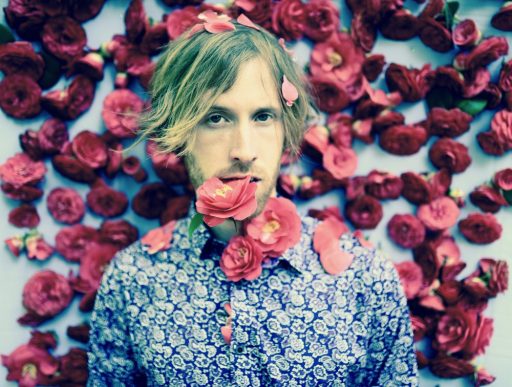 Who is this guy?: A frisky and flamboyantly charismatic whipper-snapper of a young man (occasionally flaunting an enormously overgrown orange beard), Ian George is really just a simple folk singer who takes great fancy in playing around kitchen tables being ridiculous and snacking.. For a decade Ian has been writing and singing songs for a handful of bands – Patchy Sanders, Fellow Pynins – ever since the pivotal moment of being mangled and tasered by three brutally aggressive Eugene, Oregon police officers. After leaving the front-lines of activism behind, he turned to homesteading and minstrelling as a form of activism. “I believe in music and stories, I believe they change the world,” says Ian, often. Ian is some what frighteningly slender (openly vocalized mostly by his mother) and enjoys performing shoe-less and sweater-full. The crowds really enjoy his ballerina frolic through the kitchen adorned with nothing but his daughter’s tutu story. If Ian was good enough and could make enough money playing as an Irish fiddler, he would.. But since he’s not (not yet) he instead frontiers the Contemporary-Art-Folk-Music world, happily. Ian’s live performance is an experimental and emotional ride teeming with improv unpredictable banter. Expect to cry, to laugh, to dance, and to ruminate the meaning of life.  Ian more often than not tours with his gorgeous band of talented human beings (percussion, electric guitar, horn, bass). Ian was born and raised in Minneapolis, Minnesota and now, for the first time in 11 years, dwells there once again.. 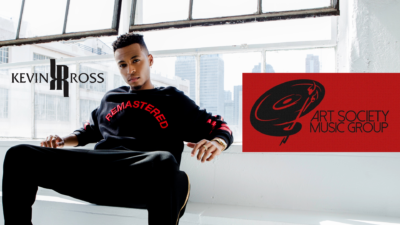 Motown recording artist Kevin Ross is one of the hottest young talents in soul music, both as a performer and songwriter. Kevin’s single, “Long Song Away,” was an immediate smash, hitting No. 1 on the Billboard Top R&B Songs Chart. He followed it up with the sensual and sultry “Don’t Go,” a Billboard top 20 hit.

As a songwriter, Kevin Ross has written for an A-list of stars including penning Toni Braxton’s title track for the Grammy-nominated, “Sex & Cigarettes.” He’s also written for Johnny Gill, Trey Songz, SWV and others. 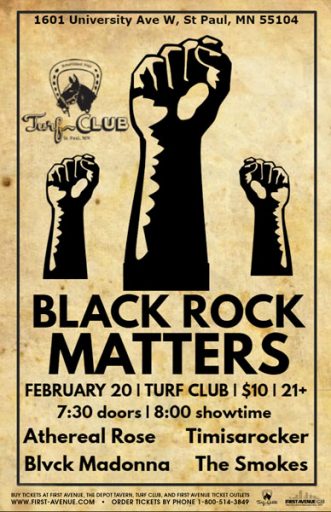 BLACK ROCK MATTERS! A SHOW THAT CELEBRATES THE BLACK ROCK STARS OF THE TWIN CITIES

It is a myth that rock music doesn’t have appeal in the black community and there are only a few black rock musicians. Timisarocker, the four piece party rock band fronted by the stylish and energetic Tim Dooley, unites with Athereal Rose, Blvck Madonna, and The Smokes at Turf Club to show just how much Black Rock Matters! #BRM is a night to celebrate the hard work of the black and brown musicians in the Twin Cities who specialize in the art of rock. This moment in history

Mother Mother at the Entry – TICKETS 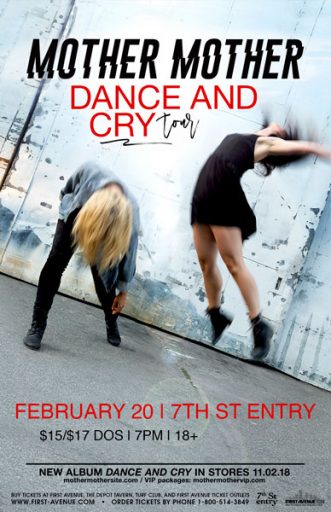 With the world roiled by fear and division borne out of politics, economic uncertainty, and terrorism, perhaps there is no better time for the arrival of music underpinned by the belief that love wins. Into the maw of anxiety comes Vancouver’s indie synth-rock band Mother Mother and their new album No Culture, which posits that society uses negative byproducts of culture — such as narcissism, hedonism, and addiction — as a means to nurture its fears of the unknown. “If we can strip back the culture, or the masks, attitudes, and stories that feed our differences, and just connect as people we might be more united at a time where we really need to be,” says Mother Mother’s frontman, guitarist, and lyricist Ryan Guldemond.

To amplify the themes on No Culture, the album’s cover art depicts a painted-white baby doll dabbling in black paint, suggesting the immediate imprint society makes on us once we enter the world. As its creator Molly Guldemond, Ryan’s sister who sings, plays keyboard, and makes all the art for Mother Mother, puts it: “The idea for the image came from careful consideration of what culture is and how it is used in society as a form of self-identification and belonging. What would it be like to be clear of this? How much of our identity is placed on us from the environments we are born into? A baby, shiny and new, is without culture. It is the tabula rasa, the clean slate. Slowly through immersion in domestic and social environments, it is painted with the brush of other people’s ideas, fears, and beliefs … it is imprinted with culture.”

Lola Kirke at the Entry – TICKETS 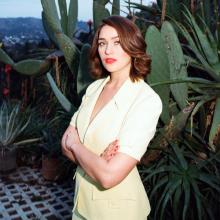 At sixteen, Lola Kirke discovered Gram Parsons and the Cosmic American genre he defined. In spite of being a New Yorker by the way of London, Kirke felt a strong connection to his Country-Rock sound. “For whatever reason, I thought I could resolve all my problems by just becoming him.”

Kirke is no stranger to shape shifting—as an actress with a steadily ascending star, she’s had major roles in David Fincher’s Gone Girl and Noah Baumbach’s Mistress America, as well as the Golden Globe-winning Amazon show Mozart in the Jungle. While less in the fore, her passion for music has stayed constant, with her guitar following her from dressing room to dressing room. Born to a musical family (her father is Simon Kirke, drummer of Bad Company and Free, and her sister is singer-songwriter Domino Kirke), Lola embarked on her own musical journey with her four track EP released in 2016. 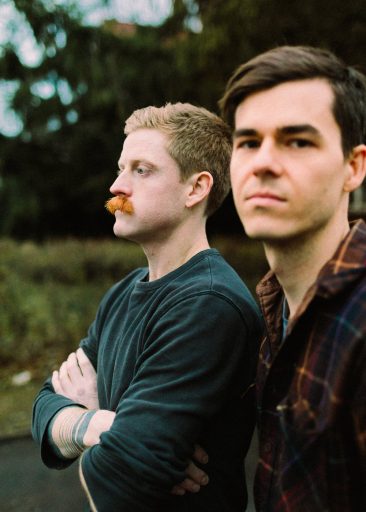 “MOON RUIN is the project of Jared Bartman. Between 2015 and 2017, Bartman worked with Mike Noyce (Bon Iver, Tallest Man on Earth, Aero Flynn), and Liam O’Brien (Holy Sheboygan, OQ) in basement studios for week long recording binges. During this time, Bartmen faced the rigors of juggling family, making music, and working a night-shift job at the US Postal Service. This sleep deprived gestation period birthed “Slow Down Ego”, an album which seamlessly blends a conglomeration of instrumentation into an aural haze of indomitable fervor. Come witness Moon Ruin, joined by Dave Power (The Staves, Aero Flynn) as they perform their labor of love.” 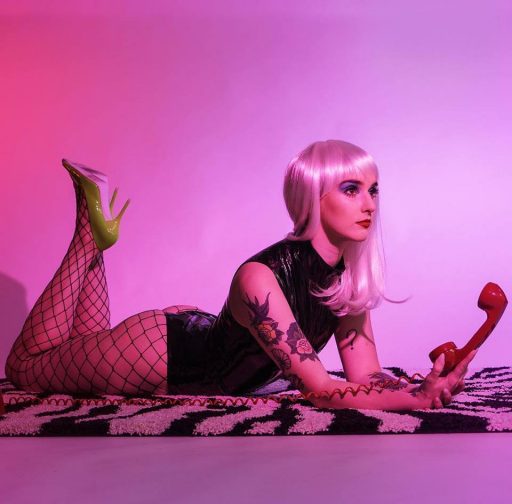 Welles at the Entry – TICKETS 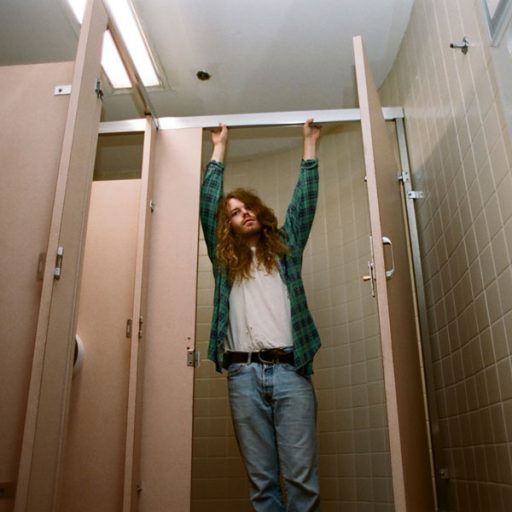 Jesse Welles has no problem giving it to you straight. It’s in his nature to pull no punches. Ask him about the current state of rock music and the rock singer and multi-talented musician will tell you how few things in life make him so equally prideful and angry as people bemoaning its death. He’ll readily tell you that despite others constantly talking up his once-in-a-generation, jarringly emotive voice, to him it often sounds like nothing short of “burnt toast.”

“I hate to experience anything that isn’t just the cold-hard truth,” the Arkansas-native who performs as Welles, and has a knack for penning at turns tender, melodic and gut-punching rock music, says without hesitation. “But music definitely takes me away from it all,” he offers with a nervous laugh. “Well, for three to four minutes anyway.”

Welles understands the best singers wield their instrument with a stealth utility; they’re readily able to unleash a wealth of emotion from little more than a murmur, if, in his case, an occasional manic howl. Where vocal precision belies sterility, depth and character are blood let out from a deep wound. To that end, where Welles may not deem himself a storyteller in the classical sense — he fancies himself a rock lifer, tattoos and all — on record his aching voice does plenty of heavy lifting.

He’ll tell you responds most profoundly to “road-weary” singers like David Bowie, John Lennon, and early Bob Dylan. He recalls drawing instant inspiration from Kurt Cobain when first hearing Nirvana’s Lithium in middle school. “I heard this American just barely getting through the lyrics and I was like ‘OK. This is cool. I can do this.’” Now, after nearly a decade of pointed urgency and a year spent on the road opening for some of rock’s hottest acts, not only does he have a desire to share “everything that’s been going on in my head, but he finally feels right where he belongs.