Broncho at the Entry – TICKETS 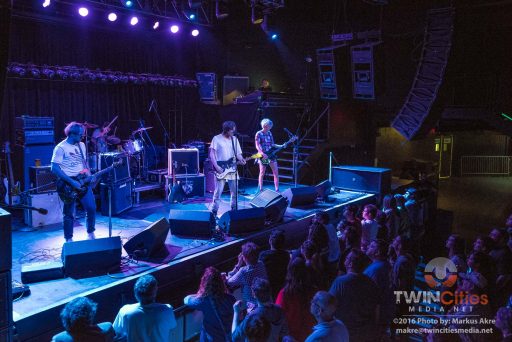 Churning out thoughtful, nuanced rock & roll with an art school spirit and a punk rock heart since 2010, ‘Bad Behavior’ represents BRONCHO’s strongest effort yet. Following the catchy, playful vibe of past singles like last year’s “arena-ready anthem” (NPR Music) “Get In My Car,” which also appears on ‘Bad Behavior,’ the new record reveals BRONCHO’s fly-on-the-crumbling-wall vision of our moral climate, complete with a reenergized, accessible sound and the charmingly sardonic, smiling-while-sneering delivery of singer and bandleader Ryan Lindsey. “It’s a reflection of the current world: everybody’s been acting badly over the last few years so we made a record about it,” Lindsey says.

‘Bad Behavior’ slinks and purrs with a sense of lascivious flirtation. Lines like “You caught me in the weekend/You caught me with your boyfriend” (“Weekend”) and “I got a thing for your mother/I got a thing to teach your father” (“Family Values”) match the primal pulse of the songs’ moods and vibes, and their pop sensibilities create a world where T. Rex, Tom Petty, The Cars, and The Strokes collide. But the misbehavior here includes more than just what happens between the sheets, as the record is filled with references to religion, sin, drugs, vice, and scandal bubbling just under the surface. It’s a palette familiar to anyone who has ever turned on the evening news, which Lindsey admits was a huge influence on him. “Through the writing process I watched a lot of CNN, and man there’s a lot of bad behavior there,” he says. “Not to mention that there’s a company making money off of people watching their depiction of it all. From an entertainer’s standpoint I get what they’re doing, calling everything ‘breaking news’ and keeping people glued, but taking up that kind of space can’t be good for society. Although it’s pretty fun to watch.”

The Bottle Rockets at the Turf Club – TICKETS

Formed nearly 30 years ago, the Bottle Rockets helped forge a now popular subgenre—small-town, middle-class, Midwest American roots rock—part right-to-the-gut poetry, part rock ‘n’ roll, all truth. Bit Logic is a different sort of album for the St. Louis natives and shows them at their most self-aware, self-challenging, and socially alert.

Recorded in St. Louis at Sawhorse Studios, engineered by Mario Viele and produced by longtime studio collaborator Eric “Roscoe” Ambel (The Del-Lords, Steve Earle), the Bottle Rockets’ 13th album has them looking at their unique stylistic blend through a different lens. While one of the group’s earmarks is constructing blue-collar anthems, Bit Logic has the quartet focusing outside themselves, at how change and adaptation affects the bigger picture.

“We were not planning any kinda ‘theme’ to this album, but one kinda showed up,” said lead singer and guitarist Brian Henneman. “If it’s about anything at all, it’s an album about existing in this modern world. Trying to dodge depression and anger. These songs are views from the moments when you’re mostly succeeding at it.” Yet, to balance those times when success may seem just a breath out of reach, the album includes the infectious pop masterpiece “Maybe Tomorrow” which offers an optimistic and buoyant outlook on momentary failure.

Japanese Wallpaper at the Entry – SOLD OUT

When Gab Strum started Japanese Wallpaper at 13, he never expected to have played the main stage at Falls Festival, delighted crowds at Splendour in the Grass, attracted the admiration of luminaries like Lorde and Gotye, and appeared in cinema soundtracks before he’d even finished high school. The last couple of years have seen extraordinary success and glowing praise heaped on Japanese Wallpaper before he’s even put out an EP. 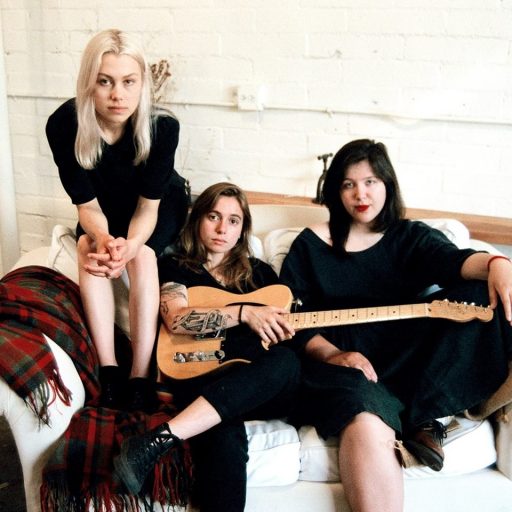 The rumors are true: boygenius, the band of Julien Baker, Phoebe Bridgers, and Lucy Dacus will release their self-titled EP debut on November 9 via Matador Records. The illustrious trio is comprised of the most exciting and visionary young songwriters in independent rock, whose critically acclaimed albums were all released in the past year (Turn Out The Lights, Stranger In The Alps, and Historian, respectively). boygenius has released a captivating triumvirate of new songs. 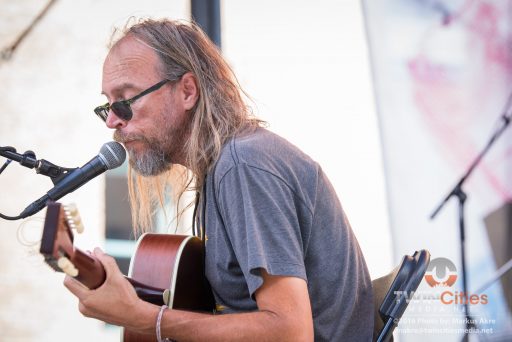 Easily confused and very shy, Charlie Parr has been traveling around performing his Resonator-fueled folk songs ever since leaving Austin, Minnesota in the 1980s in search of Spider John Koerner–whom he found about 100 miles north at the Viking Bar. The experience changed his life, made him more or less unemployable, and transformed him into the force of nature known to fans today.

Those who have been following Charlie Parr through his escapades of nonstop touring already know that the Duluth-based songwriter has a way of carving a path straight to the gut. On his newest record, Dog, he digs deeper and hits those nerves quicker than ever before. In quieter moments, Parr confronts hard issues head-on, using only an acoustic guitar or banjo to light the way, then ramps up to raucous, punk-tinged soundscapes that make you want to howl at the moon.

Charlie played the Newport Folk Fest for the first time this year and also toured the UK and Europe for Dog, his most personal, revealing album to date. Back on tour after a freak skateboarding accident where he broke his shoulder and required surgery, Charlie will be touring the States this fall with The Ghost of Paul Revere.

From Charlie: “I’m looking forward to getting back on the road again, my shoulder is feeling pretty good and I have nearly full range of motion back. I’ve been digging the songs of The Ghost of Paul Revere and I’m excited to see them play and open these shows for them. This tour ends at the Palace Theater in St. Paul on November 17th, along with The Ghost of Paul Revere, my guests will include Jeff Mitchell, Liz Draper and Mikkel Beckmen.”

PRONOUN at the Entry – TICKETS 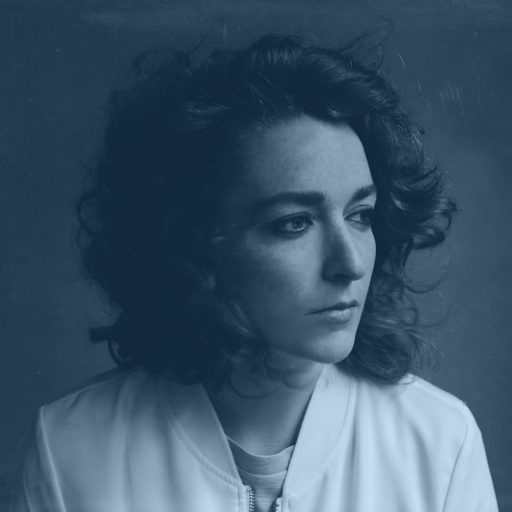 “It’s a heartbroken girl in her shitty apartment in Brooklyn,” Alyse Vellturo, aka pronoun, says of her Rhyme & Reason debut There’s no one new around you. Recorded in solitude in a cramped corner of the artist’s bedroom, the four-song EP is both personally charged and sonically inventive, matching richly layered guitar textures and insistent lo-fi beats with vivid, uncompromisingly personal lyrics.

“It was literally just me in the corner with my little computer, recording guitar through a tiny practice amp through the headphone jack,” she explains. “Every night after work I’d go home, buy a six pack, and sit at my computer with my electric guitar. Once I felt the song had its bones I would go have a cigarette in my backyard, write a verse, go in and record the verse, go out for another cigarette, write a second verse, etc. All the verses are written in about three minutes.”

Matthew Dear at the Entry – TICKETS 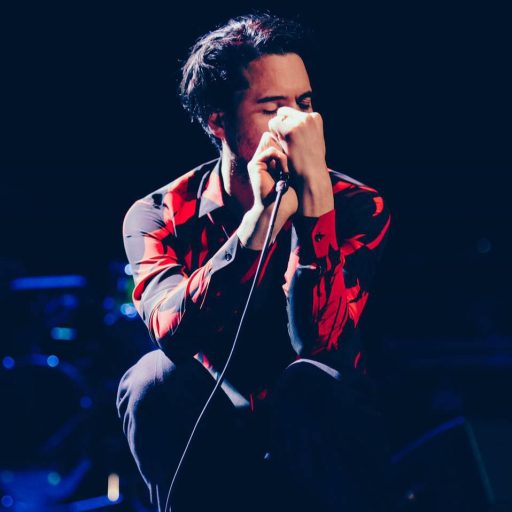 Matthew Dear is a shapeshifter, oscillating seamlessly between DJ, dance-music producer, and experimental pop auteur. He is a founding artist on both Ghostly International and its dancefloor offshoot, Spectral Sound. He writes, produces, and mixes all of his work. He’s had remixes commissioned by The XX, Charlotte Gainsbourg, Spoon, Hot Chip, The Postal Service, and Chemical Brothers; he’s made mixes for DJ Kicks, Get Physical’s Body Language, and Fabric mix series. He maintains four aliases (Audion, False, Jabberjaw, and Matthew Dear), each with its own style and distinct visual identity.