Tinsley Ellis and Tommy Castro & The Painkillers at the Dakota – TICKETS 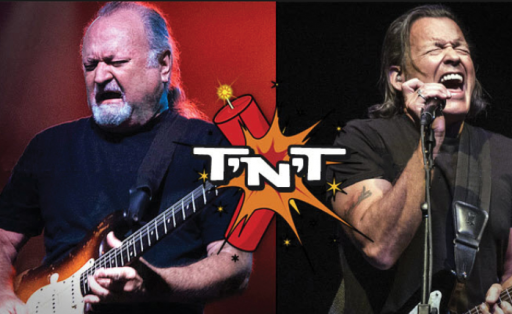 Two forces of nature from the blues world play the same stage. Tinsley Ellis and Tommy Castro will deliver an evening of high energy blues, rock, and soul music that is sure to lift your spirits.

Southern blues-rock guitar wizard, vocalist and songwriter Tinsley Ellis has become a bona fide worldwide guitar hero. Armed with his signature molten licks, melodic riffs and rousing, intense solos, Ellis, as his legions of fans will attest, is among the blues world’s best-loved, hardest working and most well-travelled statesmen. http://tinsleyellis.com

Whether he’s squeezing out piping hot blues, fiery rock ‘n’ roll or playing the funkiest horn-fueled soul grooves and R&B, legendary blues and soul giant Tommy Castro knows how to ignite a crowd. Over the course of his still-unfolding career, the guitarist, vocalist and songwriter has released 15 albums. No Depression says, “Castro plays gritty, string-bending blues like a runaway soul train…a glorious blend that rocks the soul and lifts the spirits.” http://tommycastro.com 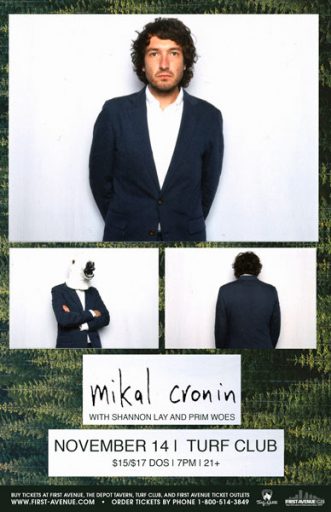 Seeker is Mikal Cronin’s fourth and finest full-length to date. Recorded live with a crew of close friends and engineer Jason Quever at Palmetto Studios in Los Angeles, it finds Cronin pushing his often devastating power pop into darker territory. “Fire—specifically its cycle of purging and reseeding the landscape—is a central theme to the record. Death and rebirth,” says Mikal. “I was looking for something: answers, direction, peace. I am the seeker.”

The first time I saw Shannon my heart was broken into a million pieces. I had known her from her wonderful punk band Feels as the lead guitarist who shouted back up, but I wasn’t sure what to expect from her performing solo. But there she was – at a small bar in Los Angeles to maybe 15 people watching while she sat in a chair with an electric guitar on her knee, orange hair covering her face and a picture of Bart Simpson projected behind her. She began her set and my heart stopped the moment her voice leaped into the air – and I did what I do in those rare situations – I recorded it. 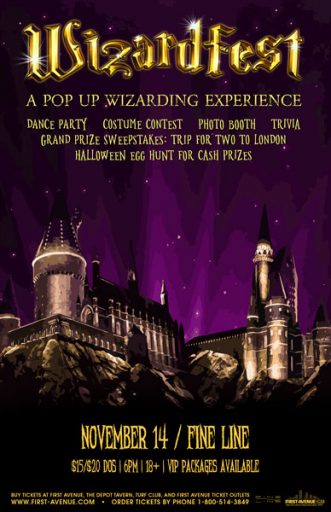 Calling all witches, wizards, and muggles alike the Ministry of Magic cordially invites you to attend Hogwarts for an evening fit for Dumbledore. ‘Wizardfest’, a “Harry Potter” themed pop-up party.

‘Wizardfest’ will feature “Harry Potter” themed trivia and a live DJ, playing all of your favorites from the movies, as well as a variety of hits from the ’90s and ’00s, all while transforming your favorite venue into Hogwarts for one night only. Your very own “Leaky Cauldron”’ will offer specially crafted “Harry Potter” themed drinks, such as “Butterbeer” and “Polyjuice Potion” for those 21 and over, so get ready to empty your Gringotts accounts.

Attendees are encouraged to take a trip to Diagon Alley to pick up their favorite robes, broomsticks, and wands and come in their best dressed Harry Potter attire and participate in an epic costume contest that rivals the Tri-Wizard Cup. All witches, wizards, and even muggles can throw their name into the Goblet of Fire to enter the Grand Prize Sweepstakes, where the winner will be awarded a trip for two to London.

Necronomicon at the Cabooze – TICKETS

NECRONOMICON‘s new album “UNUS” is a searing cacophony of blistering riffs, machine-like drums, and a symphonic ambiance, culminating in a sound that calls to various metal icons such as DIMMU BORGIR, SEPTICFLESH, BEHEMOTH, and DEICIDE. The record combines the furious elements of death metal with the orchestral prowess of black metal, creating the perfect synthesis of both genres. Standout tracks like ‘Paradise Lost’ and ‘Singularis Dominus’ only solidify NECRONOMICON’s ability to continuously produce high-quality metal that’s just as dark and brutal as it is elegant.

In additional news, NECRONOMICON will be hitting the road for “A Relentless Onslaught US Tour” with Belphegor, Suffocation, and Abiotic. The 26 date tour kicks off on October 24th in Sauget, IL and will end on November 23rd in Reading, PA.

Blues Traveler at the Pantages – TICKETS 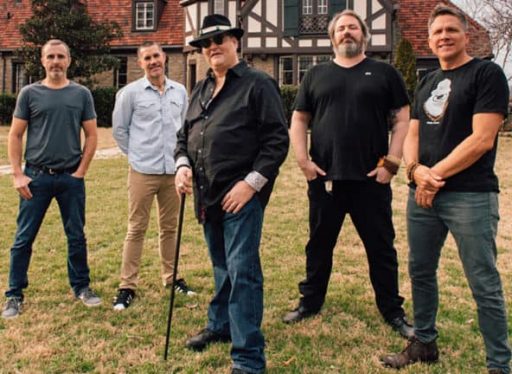 30 years ago, the four original members of Blues Traveler, who had known each other since their early teens – John Popper, Chandler Kinchla, the late Bobby Sheehan and Brendan Hill – gathered in the basement of their drummer’s parents’ Princeton, NJ, home and the seeds were planted for a band who has released a total of 13 studio albums, four of which have gone gold, three platinum and one six-times platinum. Over the course of its illustrious career, Blues Traveler has sold more than 10 million combined units worldwide, played over 2,000 live shows in front of more than 30 million people, and, in “Run-Around,” had the longest-charting radio single in Billboard history, which earned them a Grammy® for Best Rock Performance by a Duo or Group with Vocals. Their movie credits include Blues Brothers 2000, Kingpin, Wildflowers and others. A television favorite, they have been featured on Saturday Night Live, Austin City Limits, VH1’s Behind the Music and they hold the record for the most appearances of any artist on The Late Show with David Letterman. 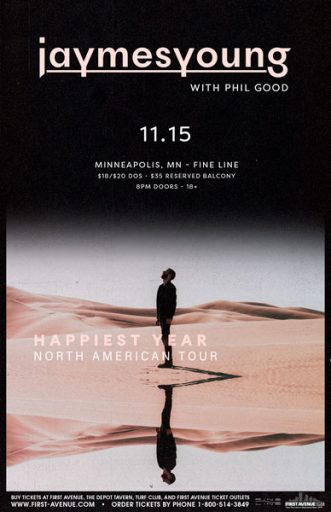 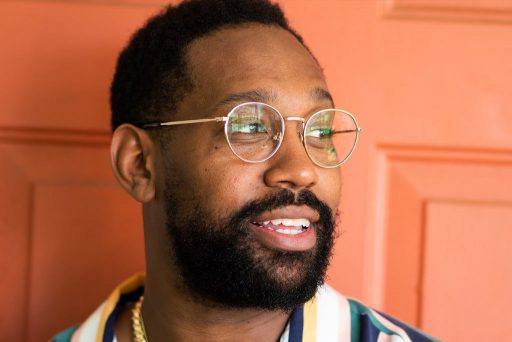 The son of fellow recording artist Bishop Paul S. Morton, PJ Morton is a versatile musician, songwriter, and producer who has been involved in contemporary gospel, contemporary rock, and R&B recordings since the early 2000s.

In 2002, he released an album with his short-lived group Freestyle Nation, and contributed to India Arie’s Grammy-winning album Voyage to India.

During the next few years, he released genre-crossing independent albums such as Emotions and Perfect Song while collaborating with Anthony David, Faith Evans, Monica, and Kierra”KiKi” Sheard; during these years, his biggest success was the gospel hit “Let Go,” written for DeWayne Woods. Morton’s 2010 album, Walk Alone, featured his own version of the song, and he and his father performed the GMA Dove winner for the live release Bishop Morton Celebrates 25 Years of Music.

JJ Wilde at the Entry – TICKETS 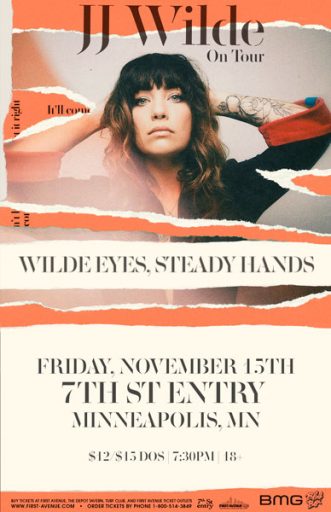 When someone asked JJ Wilde to choose between music and a relationship, there’s only ever been one answer: music. Music has permeated every part of JJ Wilde’s life since childhood, and it’s something she’s held closely: an unwavering connection she’s fought to foster. But in 2018, Wilde came to a crossroads. At 26, she was working three jobs and had resigned to the idea that music might not work out for her, but she continued writing because that’s what she was born to do. By then, she amassed over 500 songs, some of which became the basis for her debut EP, Wilde Eyes and Steady Hands.

SYML at the Amsterdam – TICKETS 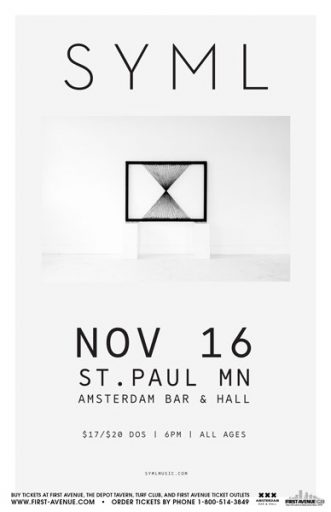 Focusing on the things that matter are how Brian Fennell writes and records under his alias SYML. Simplicity is what moves SYML – pronounced “simmel”, it means “simple” in Welsh. Adopted and not knowing his history or connection to his Welsh roots until the age of 18, Fennell creates music from his basement home studio in Issaquah, 20 miles to the east of Seattle.

The sounds he can conjure alone, just him, his piano, keyboards, guitars and laptop. The primal feelings he conveys with pin-point-and-personal lyrics, effortless melodies and a pure, emotive vocal. Even the clarity of having little money and, therefore, fewer options. SYML released his self-titled debut album May 3, 2019 which includes the singles “Clean Eyes” and “Where’s My Love”.