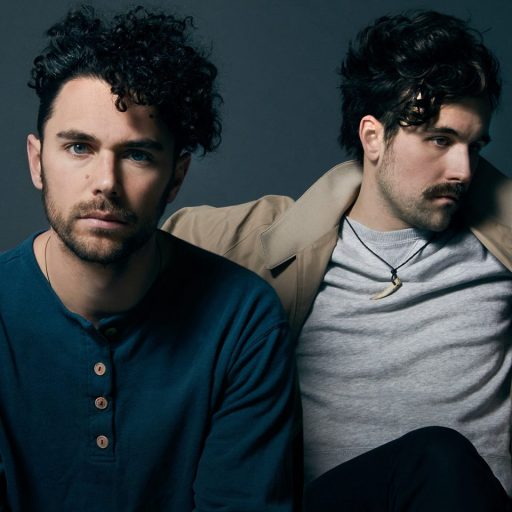 The energy, focus and inspiration Paul Wright and Tim Harrington are harnessing in 2018 feels like a rebirth. Having amassed over 120 million streams worldwide, the duo of TALL HEIGHTS are currently on their biggest winning streak, touring the US and Europe alongside acts like Ben Folds, CAKE, Judah & the Lion and Colony House, and racking up accolades across the press world from the likes of Paste, SPIN, Huffington Post, NPR and Stereogum, in addition to making their broadcast performance debut on Conan.

Mikaela Davis at the Entry  – TICKETS 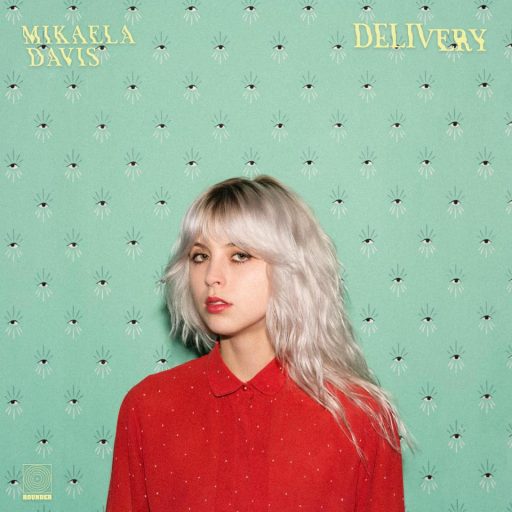 “This record is kind of about writing a record,” Mikaela Davis says. The 26-year-old is home in her native Rochester, New York, reflecting on Delivery, her highly anticipated full-length album, as well as the hard journey the classically trained, defiantly original harpist had to travel to become the writer, performer, and band leader she was meant to be.

Covet at the Cabooze – TICKETS 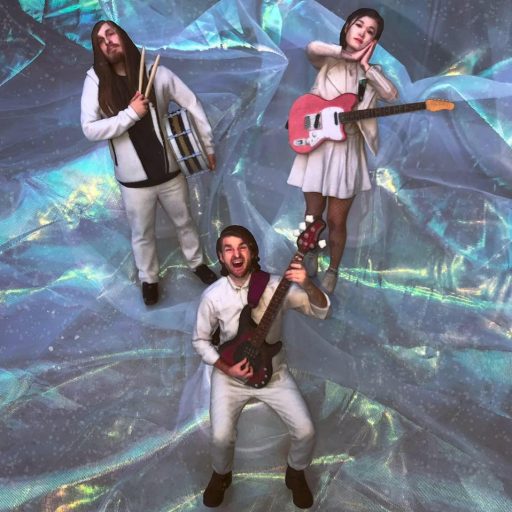 Covet is a San Jose-based instrumental trio that features guitar wiz Yvette Young. She’s come to internet fame for her unique finger tapping techniques, and I have to say she is one of the more charming musicians I’ve met. Completely candid about her life, she grew up in a traditional Asian household where she had very strict parents, and began her prodigious musical career on piano, at their insistence. I find her incredibly charming. The band, whose music was aptly described by the Vinyl District as “the intersection of math-rock and post-rock,” released their debut album, effloresce, over the summer.

Pond at the Entry – TICKETS 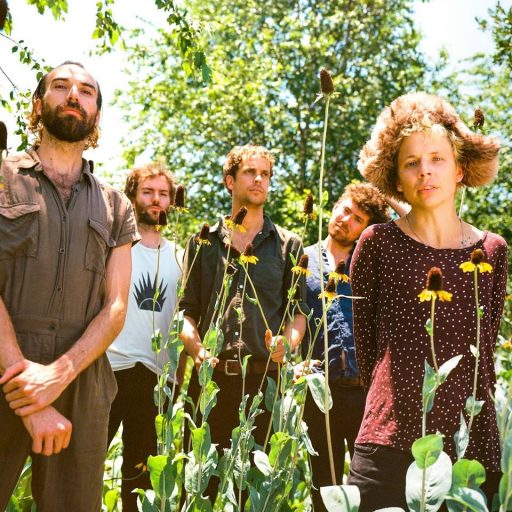 On the global political stage, storm clouds are gathering. In the face of Trumpf, Brexit, Isis etc, what can a poor boy do…but sing in a rock ‘n’ roll band? Amid these trouser-soiling conditions, antipodean psychedelic rockers POND aren’t so dumb as to try and offer cloud-busting solutions, or even a long-range forecast. Instead, they serve up The Weather – their own baffled, if ever madcap barometric reading of the geo-political situation (amongst others), in mind-bendingly excellent album form – all this, from their vantage point in Perth, the Western Australian city referred to “as the most remote city on earth”, characterized on the album in ‘Edge Of The World’.

POND, who came into being amid the Perth scene which also spawned Tame Impala, have perhaps thus far been perceived to inhabit a hazy world of daily hallucinogen ingestion and all-eclipsing stoner apathy. Not so. In ’15, Allbrook penned a thoughtful essay entitled ‘Creative Darwinism: Pretty Flowers Grow In Shit’, revealing how geographical isolation had fired his peer group into making inspirational music together.

Advance Base at the Warming House – TICKETS 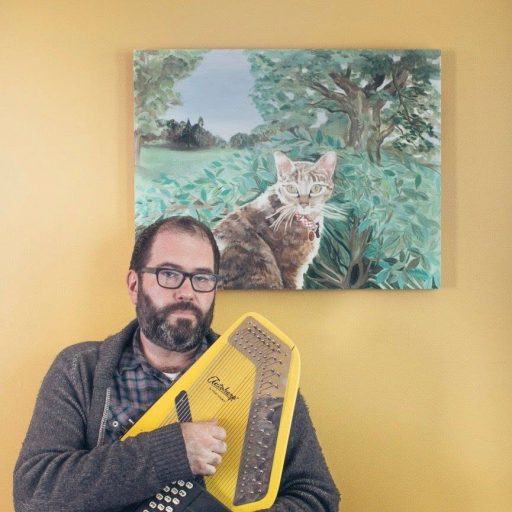 Overcoats (opening for Mitski)  at First Avenue – SOLD OUT 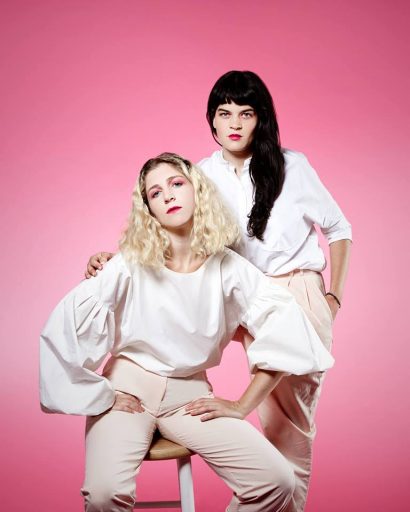 Overcoats is the New York-based female duo of Hana Elion and JJ Mitchell. Their debut album YOUNG captures a sound rich in minimalism and melody: songs of connection and tension, on the depths of love and challenges of family. Overcoats’ music draws strength from vulnerability, finding light through darkness, and the catharsis of simple, honest songwriting. YOUNG is about a transformation: the passage into womanhood, sung through the shared experience of two best friends. 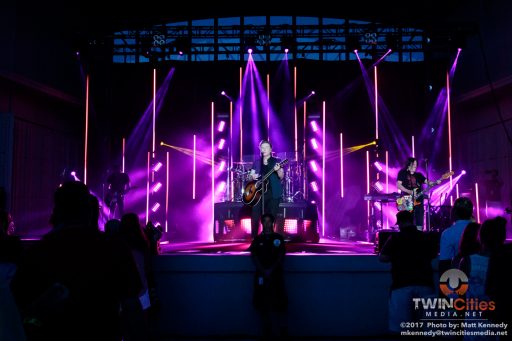 The Goo Goo Dolls are an American rock band formed in 1985 in Buffalo, New York, by vocalist and guitarist John Rzeznik, vocalist and bassist Robby Takac, and drummer George Tutuska. Although renowned for their commercially successful 1998 single “Iris“, they have had several other notable and popular singles including “Name” and “Naked” from 1995’s A Boy Named Goo. “Slide“, “Black Balloon“, “Dizzy“, and “Broadway” from 1998’s Dizzy Up the Girl, “Here Is Gone” from 2002’s Gutterflower, “Better Days“, “Give a Little Bit“, and “Stay with You” from 2006’s Let Love In (although “Give A Little Bit” was originally released on the 2004 live CD/DVD album Live in Buffalo: July 4th, 2004), and “Home” from 2010’s Something for the Rest of Us. The Goo Goo Dolls have had 19 top ten singles on various charts, and have sold more than 12 million albums worldwide.

1st set: Dizzy Up The Girl in its entirety

Grammas Boyfriend at the Icehouse – TICKETS 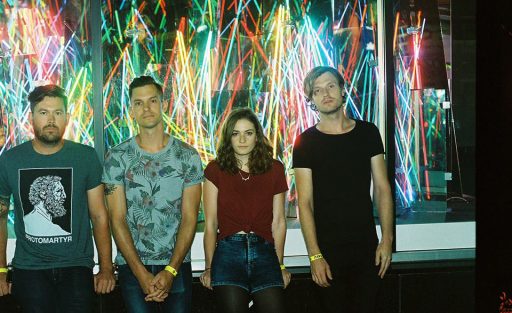 Witchcraft is the first new music from Minneapolis synth-darlings since 2017’s “Ouija”, and the first from their new forthcoming full-length record due in 2018. Sonically, the band shimmer and are bigger than ever before with the help of engineer/producer Andy Thompson (Dessa, jeremy messersmith, Belle and Sebastian). This new track finds the band bridging familiar spaces from 80’s synths to 50’s crooners creating a distinctly nostalgic feel for a place and time you feel you know intimately, but never really existed. It’s Twin Peaks in Cathedral Hill and Boris Karloff at the Under-The-Sea prom of your dreams, because “Darling, your love is like witchcraft.”

Graveyard Club (Matthew Schufman (vocals, synths), Michael Wojtalewicz (guitar), Cory Jacobs (drums) and Amanda Zimmerman (bass, vocals) began inspired by a unique list of shared interests: the classic short stories of sci-fi author Ray Bradbury, the music of Ryan Gosling’s little-known band Dead Man’s Bones, and a fascination with both 50’s crooners and 80’s pop music. With an ever-growing reputation as one of Minneapolis’ most entertaining and moving live acts, Graveyard Club has released two albums and an EP of their haunting brand of synthpop. They perform at top Twin Cities venues (Fitzgerald Theater, 7th Street Entry, Turf Club) and have toured nationally – supporting artists such as Elliot Moss, The Drums, Methyl Ethel, Cayucas, San Fermin, Beverly and others. Graveyard Club’s songs have been featured on television for MTV, E!, and more. They continue to receive critical acclaim from local, national, and international press, and were a Minneapolis Star Tribune 2017 Are You Local? finalist for best new band. In November 2017 the band released the single, Ouija, and performed at the Iceland Airwaves Festival in Reykjavik. A new full-length record is due in 2018.