The Church at the Turf Club – SOLD OUT 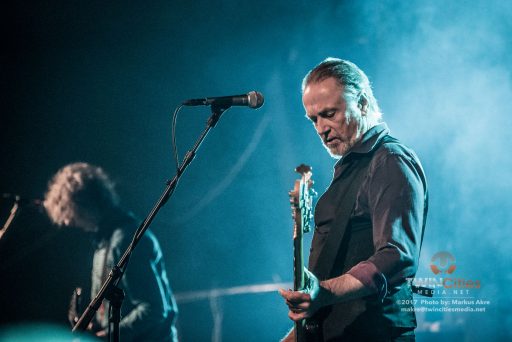 It’s a unique band that finds itself cherished as a bona fide legend in the ARIA Hall of Fame while remaining a virtual enigma to the world that knows its name. But maybe that’s no more remarkable than the mystery that continues to unfold within its own ranks. the church’s accidental signature tune, “Under The Milky Way”, is like a lighthouse on the brink of a continent forever to be discovered: 25 albums over 35 years and countless diversions that have almost destroyed them a dozen times, yet always reaffirm a mutual commitment to an uncompromising and unparalleled act of creation.

Future Generations at the Entry – TICKETS 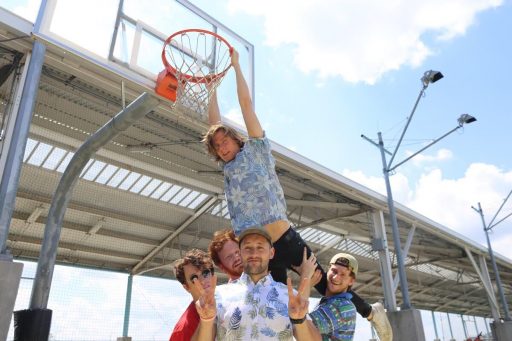 The second full-length from Future Generations, Landscape emerged from the kind of playful creativity only possible among the closest collaborators. Five friends who all live together in Brooklyn, Future Generations brought Landscape to life by balancing their pop-minded songcraft with bursts of free-form experimentation: recording guitar riffs from the receiving end of a phone call, messing with a vintage synthesizer called the Fun Machine, building percussion tracks by sampling a batch of drum-circle recordings.ssss

Real Friends at the Garage – TICKETS 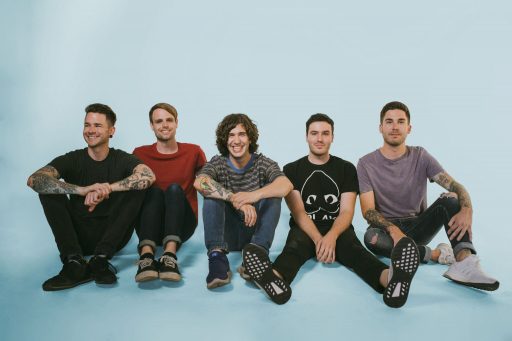 Composure is Real Friends’ most ambitious work to date. The 10 tracks on this album have challenged the band as musicians and friends. From nailing down the best pop hooks with producer Mike Green (The Aces, All Time Low, The Mowgli’s, Paramore) that showcase the band’s progression from a pop-punk band to full-fledged pop-rock juggernaut, to touching on topics in their songwriting such as mental health, being accepted, and above all, learning to love yourself.

When approaching Composure, the band found themselves working harder than ever on what they wanted to say with this album. “We have never put this much time and effort into a record,” explains bassist, Kyle Fasel. “Composure is everything we’ve always come up short on. We focused more on melodies than ever before. We focused more on the overall emotional climate of each song than ever before. I truly think that every song on the record stands on its own. But when all the songs come together it creates our best effort to date.” 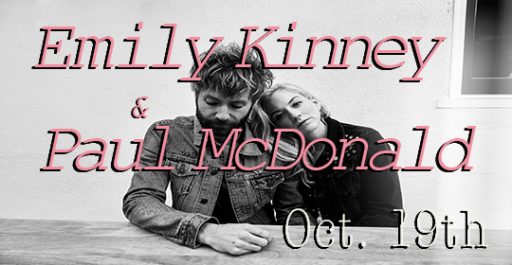 Emily Kinney is a little too old to be daydreaming in the back of a classroom, soaked in unrequited love for a guitar player in a pop punk band she used to watch on MTV, but on Oh, Jonathan, Kinney’s upcoming release, she just can’t seem to help herself. It’s been a couple years since Kinney’s last album, This is War, and she’s been using the time both professionally, in acting and music, and personally to mature and explore.

Paul McDonald sings those words with soaring emotionality on “So Much Better,” a track from his 2017 debut, Modern Hearts. And those are the words of a man who has truly lived his lyrics. Three years ago, Paul left his life in LA in search of familiarity and solace. The Alabama-born artist found himself in East Nashville, feeling like a stranger in a region he once called home. That all changed when he picked up his guitar and began the process of what would become Modern Hearts. “I had to take my life back and figure out who I was again,” he shares. “It took me a few years and a few hundred songs to get to that point.” 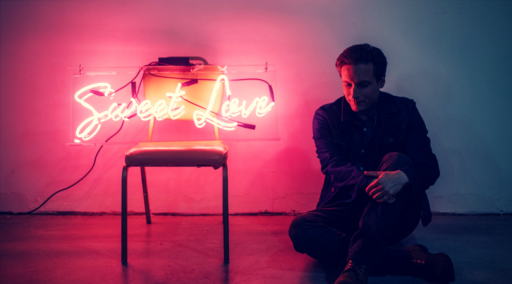 Singer-songwriter M FRENCH has quickly become a regular on the burgeoning Twin Cities Americana music scene. Known for his positive and uplifting live shows, French’s melodies transport and his lyrics tell a story. Our story. A human story. Raised in small town Ohio and now residing in Minneapolis, French released his EP Winding Road in 2016. Building on the success of Winding Road, French’s debut full length album, Sweet Love, releases in the Fall of 2018. Sweet Love offers 10 original songs exploring the Americana landscape. Produced by Danny O’Brien (The Farewell Circuit, DEM YUUT), and recorded during the long Minnesota winter of 2018, the tracks provide a sonic foundation built upon catchy guitar hooks, and the blending of pedal steel and synth lines. French unpacks universal themes of love, kindness and community with a conversational lyricism that invites the listener to find themselves in his stories. M French’s audiences feel themselves reflected in the warmth of his voice. Not strangers, just unmet friends.

Eric Hutchinson & The Believers at the Pantages – TICKETS 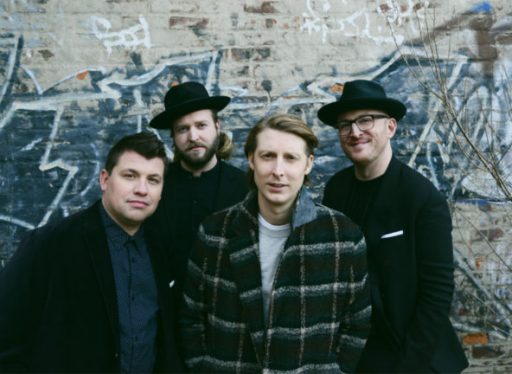 To see an Eric Hutchinson show is to be fully entertained. Hutchinson and his band, The Believers, have toured extensively, building a reputation for a high-energy live show, full of four-part harmonies, incredible musicianship, humility, and humor. A show for any music lover, Eric brings the audience to him, playing his unique songs and telling the funny, moving and one-of-a-kind stories that made him the artist he is today.

Now, for the first time ever, Eric has brought his touring band into the recording studio with him and the result is an exciting new album, Modern Happiness. The record finds Eric and the Believers capturing the magic that makes their live shows so memorable, and effortlessly melding Pop, Soul, Reggae, Folk and Americana into a sound that is undeniably Hutchinsonian. 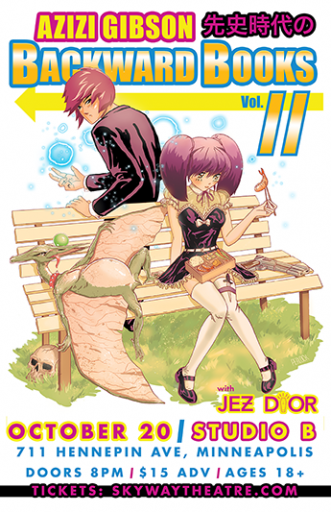 Emerging emcee Azizi Gibson (of the preHISTORICcrew) was born in Frankfurt, Germany, raised in Bangkok, Thailand and is currently based in Maryland. He’s signed to Flying Lotus’ Brainfeeder imprint, which he describes as “the most unique and inspirational label on the third rock from the sun”.

Gibson’s here to bring you dope-ass jams, and we suggest you get familiar.

The last we heard of Azizi was his June 2013 mixtape Ghost In The Shell, which was soundtracked by Jonathan Lowell, MiLLz and Dae Han. Stay tuned for updates on his career, and hit up azizigibson.com for more information. 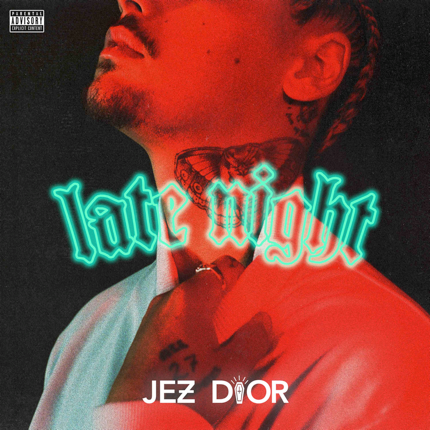 One of 2018’s most exciting new artists, Jez Dior is gearing up to release his debut studio album on Epic Records later this year, with his new single “Nobody Knows” out 10/12.

Having released a slew of independent mixtapes and EPs over the past few years, Jez’s combination of hip hop sensibilities, pop smarts and rock edge have garnered him praise from the likes of Complex, Billboard, Hypebeast, Alternative press and more, with Nylon calling him a “soul bearing lyricist with a bright future” ahead of him. Growing up with a myriad of influences (his dad is legendary Punk guitarist Steve Dior, who worked with Sid Vicious, Chrissie Hynde and more), his music mashes together many worlds, mixing his love of The Doors and Nirvana with the Kanye West and Eminem albums he grew up on. He’s collaborated with the likes of G-Eazy and has toured with Chance The Rapper.  His lyrics are super soul-bearing, having dealt with a lot of heavy stuff growing up-addiction, family relationship struggles, loss—that his rapidly growing fanbase really connect with. 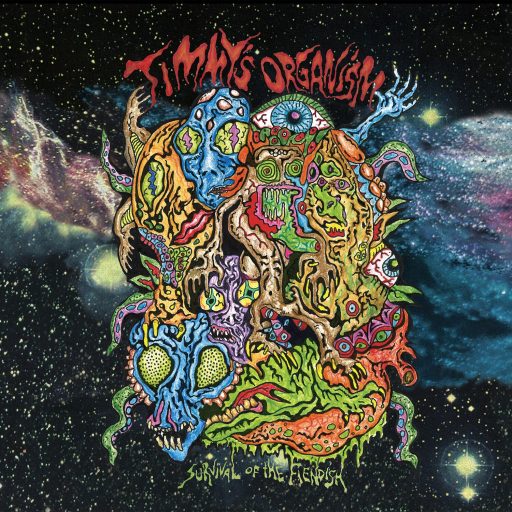 So this is the new album by Timmy Vulgar’s band Timmy’s Organism, so named because it’s a beast. Other Timmy Vulgar records started with gladiator-entrance tympani drums or advice to watch the skies, but Survival of the Fiendish starts with a motor turning over because—as learned from Road Warrior, a movie dissolved into Vulgar’s veins—the only way to live is to live fast! Vulgar (guitar/vocals) made it in six months in spring 2018 with Jeff Giant (bass) and Blake “Bovver” Hill (drums), two guys who’ve been the beating about-to-burst heart of the Organism for about three albums now, including one for Third Man and one for In The Red. “I’ve been on almost every single underground garage punk label there is,” says T.V. proudly, and now he’s the fresh meat on Burger. So maybe you already know this dude and what he can do—maybe you already bought this record. Good job! Your reward is this record. But the rest of you: learn now what it means to be Vulgar. 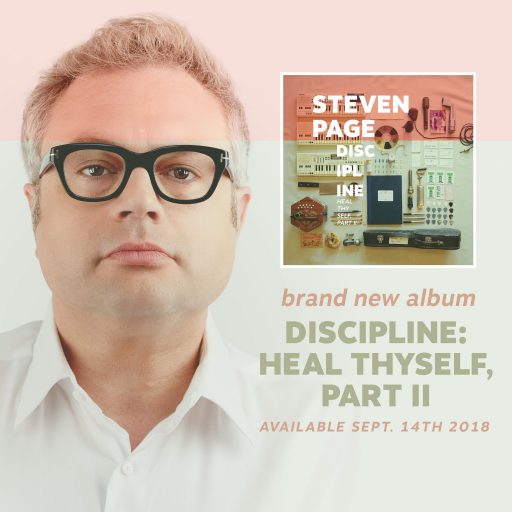 Steven recently reunited with Barenaked Ladies for their induction into the Canadian Music Hall Of Fame at the 2018 Juno Awards this March, nearly 30 years since their genesis. Of the induction, Steven posted on social media: “I have so many great memories of my years with Barenaked Ladies, from our beginning in our parents’ basements to playing our songs for audiences all over the world. I’m incredibly proud of all we achieved together. I’m humbled by our induction into the Hall of Fame.”

Since leaving Barenaked Ladies in 2009, Steven has continued his artistic evolution with a diverse array of solo projects. He has composed six theatrical scores for Canada’s Stratford Festival, including 2016’s production of Macbeth, collaborated and toured with Toronto’s innovative Art of Time ensemble and journeyed across North America as host of TV’s The Illegal Eater while continuing to write, release and perform his original music. Steven is currently working on a Stratford-commissioned musical he’s writing with Governor General’s Award-winner Daniel MacIvor and a new album of his own original material entitled Discipline: Heal Thyself, Pt. II is out now.”.

Morgan Saint / Lovelytheband at the Entry – SOLD OUT 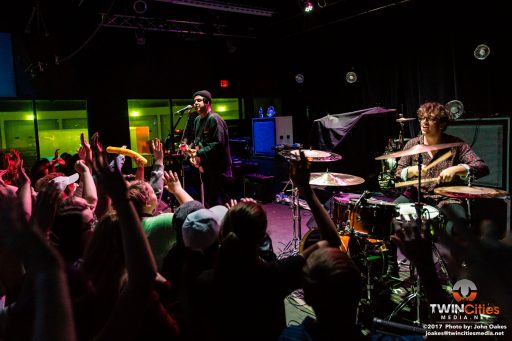 A sleek-toned indie pop band, the Los Angeles trio lovelytheband formed in West Hollywood in late 2016. Led by former Oh Honey member Mitchy Collins along with guitarist Jordan Greenwald, and drummer Sam Price, the band debuted in July 2017 with “Broken,” a sprightly and infections single that quickly racked up over three million streams on Spotify. Signing with Another Century Records (Sony RED MUSIC), lovelytheband released their debut EP, everything i could never say…, in September of that year. 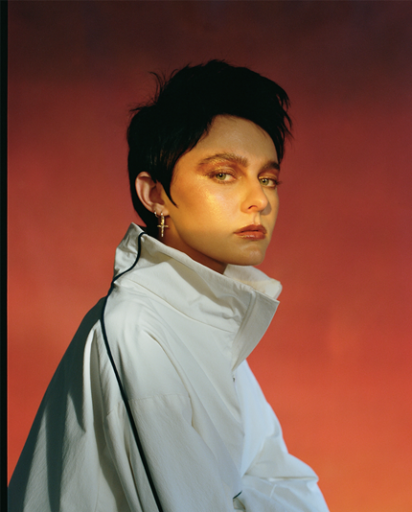 “Hatred is not in my blood. Euphoria is what I feel in my dreams. Love is what I’m searching for.” Those twenty words at the start of Morgan Saint’s debut EP, 17 Hero, form a manifesto and a map for the music that follows. Saint’s songs chronicle of emotional thrills and crashes, and they challenge preconceptions – notions of how pop can sound, how it works and what it can accomplish.

Max Frost at the Xcel- TICKETS 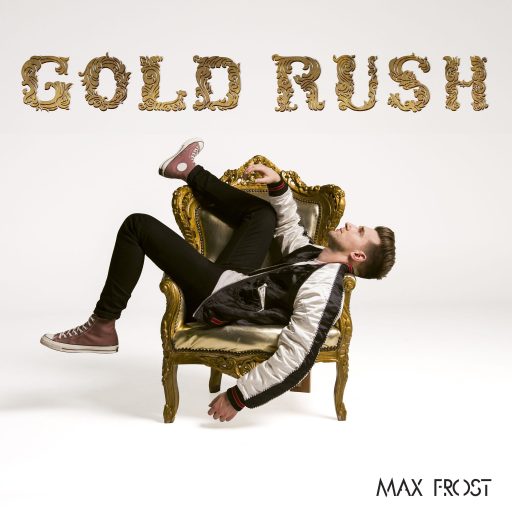 Max’s show moved from the Entry to the Xcel where he’s opening for Twenty One Pilots. Last year, Max Frost had a creative awakening. Since becoming a professional musician and scoring genre-mashing hits including “White Lies” and “Adderall,” the forward-thinking pop maestro felt he hadn’t shown his true colors. Once he touched down in LA, and teamed up with Michael “Fitz” Fitzpatrick (Fitz and The Tantrums), he immediately got to work creating what turned out to be some of the most inventive songs of his young career.