Drone Not Drones at the Cedar Cultural Center – TICKETS

“An all-ages, 28-hour concert that celebrates the expansive world of drone music while raising funds for Doctors Without Borders” Resident Advisor

Held every winter in Minneapolis DRONE NOT DRONES is part benefit concert, part art project, part community event. Now for the seventh year in a row, more than sixty acts will rotate on and off the stage to create a single uninterrupted 28-hour drone to protest the extrajudicial and immoral drone program and raise money for the victims of the United States military-industrial complex.

The experts at Wikipedia say “Drone music is a minimalist musical style that emphasizes the use of sustained or repeated sounds… It is typically characterized by lengthy audio programs with relatively slight harmonic variations throughout each piece compared to other music.”

Be part of a unique experience while supporting a just cause. Come by before work, after work, or both. Bring a pillow/blanket to make yourself comfortable. Spend the night with us.

We will be airing the entire performance on KFAI and streaming online so you can enjoy it even if you can’t be with us here in Minneapolis. Direct your browsers to dronenotdrones.com to watch the webstream, get an up to the minute schedule, listen to recordings of our previous drones, and donate directly to Doctors Without Borders.

We may feel powerless to stop the military industrial complex from spreading war. But we can spread peace if we drone on and on about it…

For the most up-to date schedule, visit HERE

Lil’ Ed & the Blues Imperials at the Dakota – TICKETS 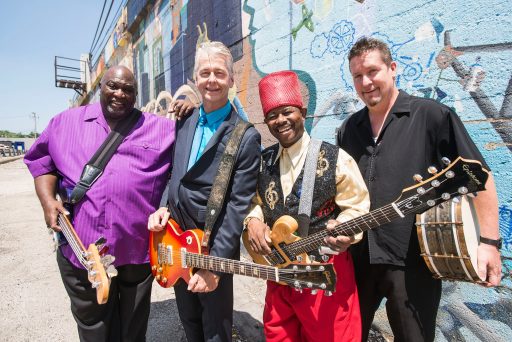 In Chicago, a city overflowing with unrivaled blues talent, world-renowned Lil’ Ed & The Blues Imperials have been standing tall for over 30 years. The band’s big sound, fueled by Lil’ Ed’s gloriously rollicking slide work and deep blues string bending, along with his rough-edged, soulful vocals, is as real and hard-hitting as Chicago blues gets.

Temples at the Entry – TICKETS 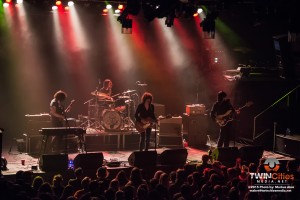 It is one of the brilliant facets of recorded music that while it can frame forever in time one of humanity’s most fluid art forms, those captured sounds themselves can go on to become an active launchpad for the ideas, memories, emotions and feelings of those listening. Returning with their third album, Hot Motion, Temples have not just provided a strong demonstration of this dual static/frenetic nature, but they’ve created a record that revels in this beautiful contradiction. 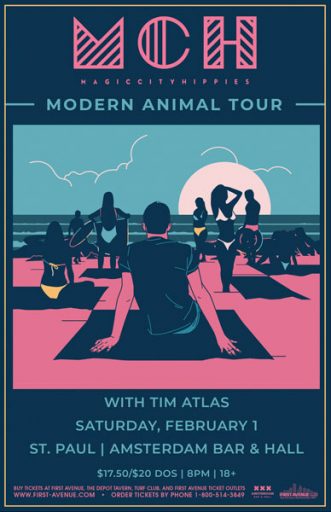 If you’re playing in Miami, you’ve got to get bodies moving. Over the years, the city has been home to Latin pop royalty and ascendant Soundcloud rappers; played host to bass-booming EDM fests and the golden years of disco legends. It’s also why Miami’s latest genre-defying dynamos, Magic City Hippies, are primed to take their infectious indie-funk around the world. “We’re always out to entertain people,” promises singer-guitarist Robby Hunter. “Miami is a nightlife city,” he adds with a tinge of excitement. “People are oriented towards staying out all night. Anything you do has to make them dance.”