Circus of the West is a new local band with a debut album called We’ll See Ourselves Out produced by local musical veteran and guru Adam Levy of The Honeydogs.

They will be performing at the Icehouse on Sunday 2/18 at 6 PM. Tickets are available HERE

Supporting them will be Minneapolis’ The Broken Beaks 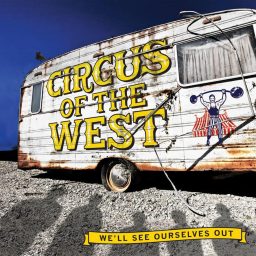 Circus of the West infuses pop melodies and rock energy with lyrics about loss, hope, identity, and connection. The five-piece formed in 2014 and consists of veteran Minneapolis musicians. Circus of the West’s debut full-length We’ll See Ourselves Out, available May 13 on iTunes, Spotify and 300+ other sites, was engineered by Zach Hollander at The Pearl Recording Studio and produced by Adam Levy of The Honeydogs.

“Circus of the West comes blazing into the Twin Cities music scene with a spirited, Replacements-meets-Wilco-meets-Costello sound that marries personal, charged lyrical themes to intense, shimmering, imaginative guitar work and a rock-solid rhythm section. The songs are often hook-laden, but this isn’t vapid pop music. Circus of the West has something to say – quite a bit, in fact … I dig this record and can’t wait to catch them live.”