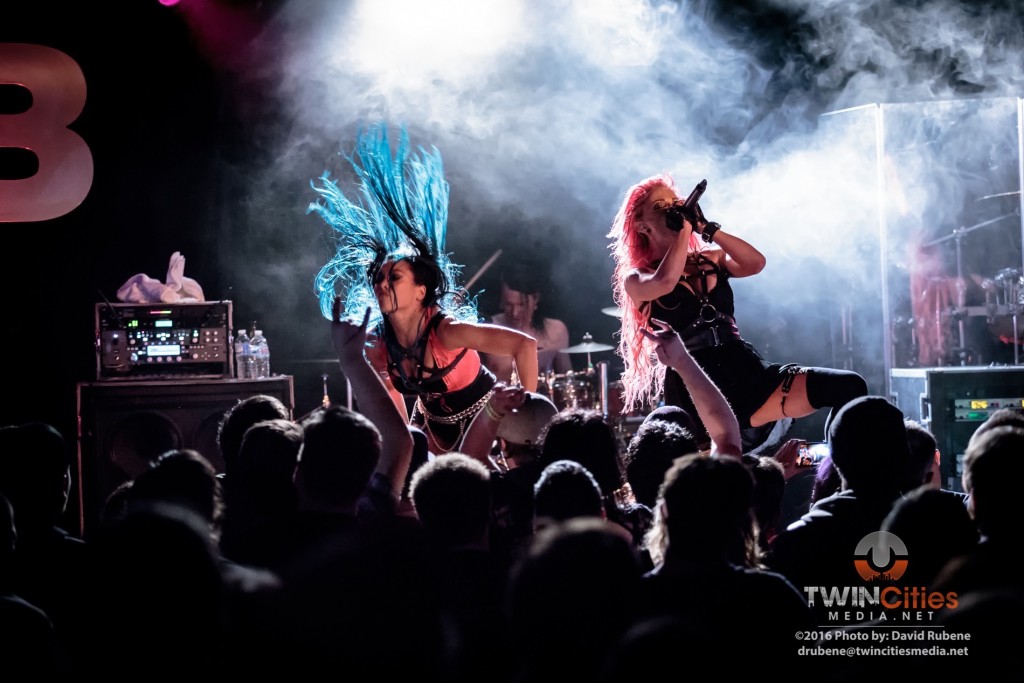 Frontwomen Heidi Shepherd, and Carla Harvey were energetic and performed at top form. Shepherd even sang while leaning into the pit at one point. Their set was heavily weighted in tracks from their latest release, Take It Like A Man, with some tracks from Goliath, and their self-titled EP thrown in for good measure. The crowd reciprocated by singing along and raising horns throughout the whole show.  When Heidi Shepherd asked if the crowd wanted to make their way to the stage for high fives, they quickly responded with mass crowd surfing and erupted into a frenzy in front of the stage.  It was a show that most won’t soon forget.

Tuesday night was the night The Reverend Horton Heat brought his Psycho Strung Out Fish Fry to Minneapolis. The Psycho-billy trio from Dallas, Texas is currently on an extensive North American Tour. First up, straight […]