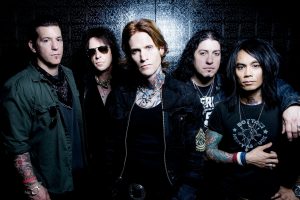 Buckcherry is coming to the Medina Center in Minnesota !!!!  California based band Buckcherry was formed in 1995. The band has released seven studio albums to date. They just released their current album “Rock N Roll”  in August of 2015. Josh Todd and Buckcherry have released monster hits like “Sorry”,”Crazy bitch” and “Lit Up”. Buckcherry is currently touring the U.S. on “The 15 Anniversary Tour”. Few tickets are available. Here’s your chance to meet the guys of Buckcherry, VIP Meet and Greet packages are also available.