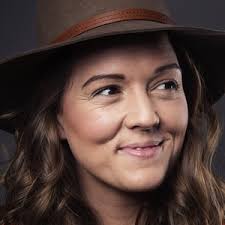 As a grand-opening special at the new Downtown Minneapolis venue, The Fillmore, Brandie Carlile will be playing a series of three special shows. On February 12th, she’ll be playing a special trio show with her and two of her bandmates. This night will prove to be a special look into the roots of some of her most famous songs. The second night, February 13th will be a classic full-band performance. And on Valentine’s day, she’ll be performing her 2010 album – “XOBC.” This album is centered around themes of love and will be a perfect way to celebrate the holiday.

Opening for Brandie is singer-songwriter, Courtney Marie Andrews. Breaking out of Phoenix, Arizona, Andrews began performing with Jimmy Eat World in 2010. Since then, she has released several albums, the latest being “Honest Life” released in 2016.

All three dates are sold out, but your can try your luck HERE