On a cold December Tuesday evening, the Xcel Energy Center was warm with passion and soul as Stevie Nick gave an outstanding performance. For more than two hours, the near capacity audience was on their feet, being treated to stories of how and why songs were written along with an masterful selection of songs that went way back to Stevie’s early days. 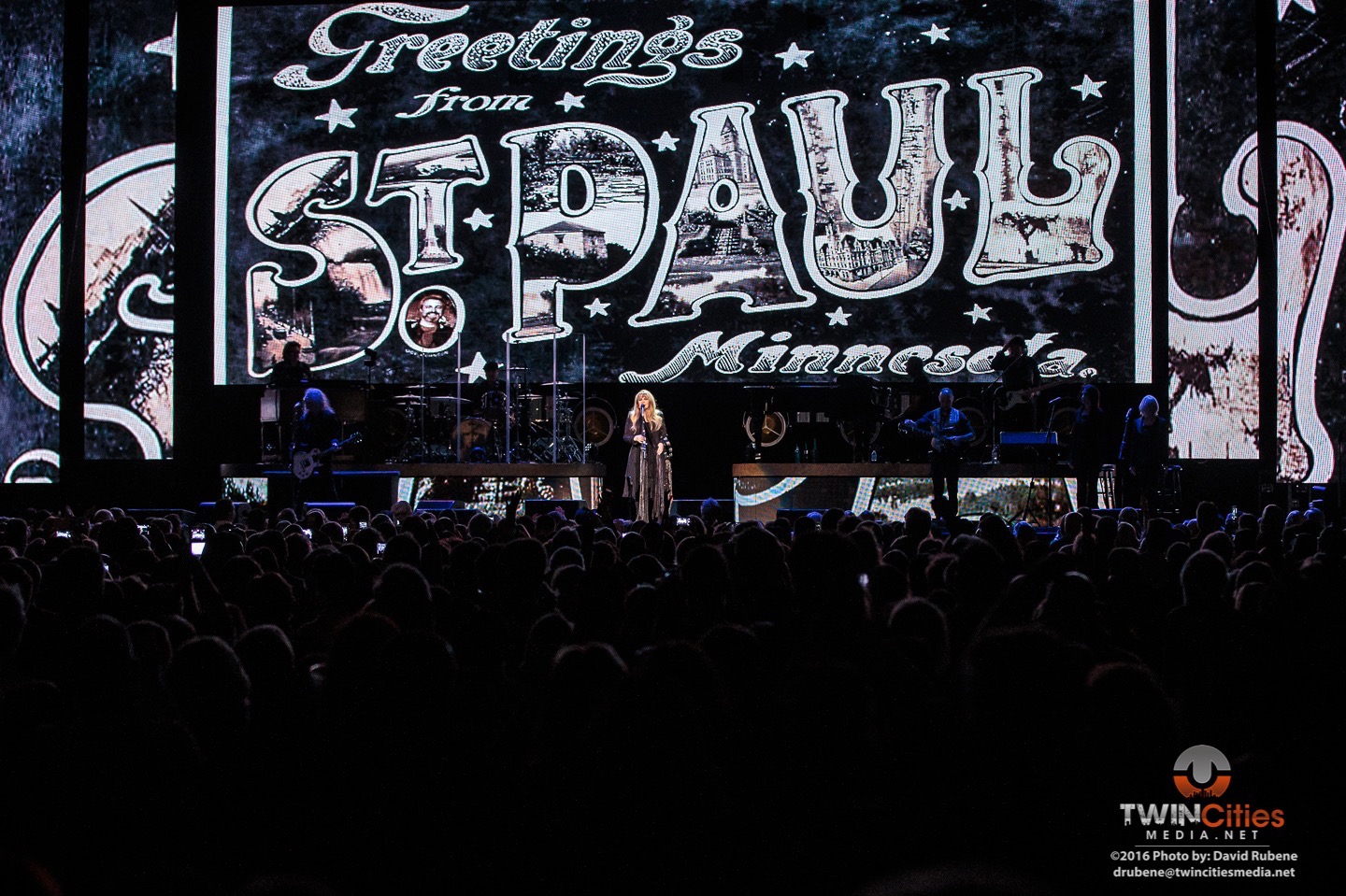 Many of the deep tracks have been rarely played live like “Crying in the Night,” a song she wrote in 1971. At one point, Stevie even let the audience know that “tonight, we are going to open the trunk of gothic musical mysteries.” Performing with her superb six-piece band, led by guitarist Waddy Wachtel, along with a pair of backing singers, Nick’s husky but pure voice was at its finest and she was engaging and often funny telling her stories.

Through the evening, we learned that the lead track of the new album, “Starshine”, was written in Tom Petty’s basement, that “Moonlight (A Vampire’s Dream)” was indeed inspired by Bella and Edward and is her favorite song. We also learned that both “Stand Back” and “Edge of Seventeen” were responses to songs by her “strange little friend” Prince.

The audience roared as Stevie’s jumped into her first huge hit “Stop Draggin’ My Heart Around,” on which she was joined by Chrissie Hynde, who along with Wachtel did Petty’s part on the duet. Hits were again played at the end, with “Gold Dust Woman,” “Rihannon” and “Landslide” that brought the show to the close.

The show definitely had a beautiful warm vibe. Stevie’s presence on stage was ever magical and the tone and clarity of her voice remains everlasting.

A Sold Out Sunday Show at First Ave with J.I.D

It feels like every time I’ve gone to First Avenue in the past month there’s been awful weather and it’s down poured right before I walk in the doors. The great thing is, regardless of […]

The Jayhawks Gift is Long Holiday Show at First Avenue

The Jayhawks stayed home for the holidays and on Friday treated their local following to the first of two weekend shows. The show featured several songs from their new 2018 album Back Roads and Abandoned […]