The Cure are back and in a very big way. Tuesday night at the Xcel Energy Center in St. Paul, the iconic band of the 80’s back their triumphant return. 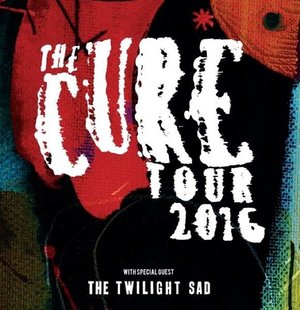 The Cure are an English band formed in Crawley, Sussex who performed its first show In 1977 and has played around 1,300 shows to date. The Cure has released 13 studio albums, several concert films, a few live albums, some soundtrack songs, more than 40 singles, a couple of box sets, a couple of books, a greatest hits thing, a handful of covers, and various other stuff. The Cure has had 13 members in 39 years, and currently features 5 of them: Robert Smith (voice, guitar) / Simon Gallup (bass) / Jason Cooper (drums) / Roger O’Donnell (keyboard) / Reeves Gabrels (guitar).

For all the latest information on The Cure, check them out online at:

Fresh off the release of their sixth album, The Maine is currently in the middle of a massive headlining tour with support from Beach Weather and The Mowglis. The North American leg of the  Lovely […]

Alejandro Escovedo At The Dakota. The Crossing To A New Chapter

What makes a special live music night on the town?  For me there is a set of criteria that carries significant weight when it comes to determining whether it’s simply enjoyable or something that lingers […]