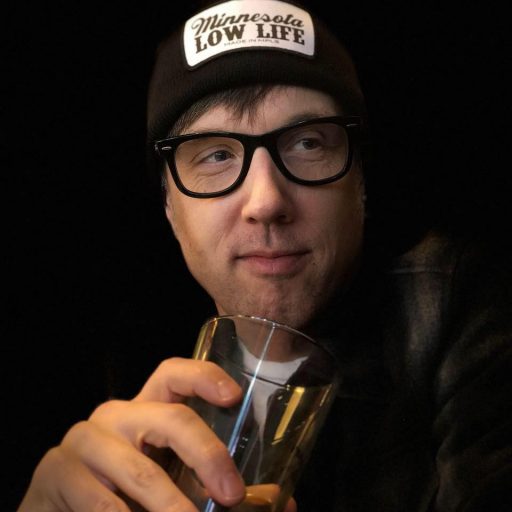 I’m Christopher Goyette, and I’ve been sneaking my camera into local music events since early 2016.  In late 2017, I reached out to Jon Behm at Reviler.org to see if his group was open to adding another photographer.  My first real photo pass was to the Best Bands of 2018 at First Avenue on January 5th, and it sparked a fire in me.  For me, the best part of the last year has been getting to know all of my fellow concert photographers who’ve been so amazing and welcoming to this creative community.  Thank you to each of you!  You have no idea how much your feedback and support has meant to me and helped me grow as a photographer. If I had to describe my style, it’s simple…capture emotion in the best light possible.  You can find my photos here and on Instagram 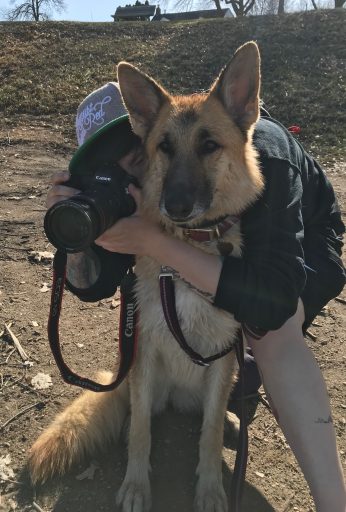 My name is Alexa Chihos and I am going into my third year of concert photography.  I started out back when I lived in Boston, shooting mostly at The Middle East, now shooting for Twin Cities Media and Respect Your Youngers.  I love having the opportunity to photograph some of my favorite artists and discovering new ones along the way.”

What makes these photographs special: These photos are admiringly, of some of my favorite artists that I’ve been able to photograph this year.  Paramore was a bucket list band for me to photograph and this photo of Hayley Williams makes me feel proud of capturing a emotion filled performance in one still image, similar to the one of Lauren Mayberry of CHVRCHES.  Enter Shikari was a challenging lighting situation and performance to capture, this one made me work to be better at editing and developing my style.  I missed out on a full band performance from LIGHTS the first time I was able to photograph her, and getting to see how her stage presence changes in a full band setting was incredible.  Finally, I was able to see AFI for the first time this past year and I knew from seeing other photographer’s images that Davey Havok was going to be all over the place on stage, and I was happy to walk away with this image.

I am a self-taught photographer based in the Twin Cities. I have had the pleasure to photograph many of my favorite bands throughout the year and look forward to a busy 2019.

Seth Steffenhagen is a multi-interest photographer focusing on a wide range of subjects including his favorites sports, live music, and wildlife. Seth joined up with the stellar crew at Twin Cities Media in October 2018 and looks forward to expanding the venues and artists as he continues to deepen his craft in live music photography. You can see Seth’s work on his website and Instagram.

It has become an annual pilgrimage to venture out to Estes Park, Colorado to partake in one of five shows Murder By Death puts on every January at the iconic Stanley Hotel. Next month will be the 6th consecutive year for some wintery wilderness fun in the mountains along with another MBD show at the Stanley Hotel Concert Hall.  The element that strikes me with this photo is the intensity of Adam Turla’s singing which I find apparent by the popping veins popping out on his neck.

This concert was the first one I shot for Twin Cities Media.  I’m glad that the inaugural one was at such a legendary venue and of an artist I quite enjoy.  The music, lighting, backdrop and mood of the show was memorable. After grabbing some shots from the back of the venue I was informed that we were also able to shoot the encore from the photo pit. For the final song, Isakov was flanked by the rest of the amazing musicians around his vintage microphone.  This yielded for good opportunity to get a group shot from the pit.

The stage at the Turf Club is nice because one can get around and shoot from the side of the stage as well.  That’s where I grabbed this one of Austin Durry whipping his guitar back and pulling the cord along with it which left the impression of circular movement as an arc can be traced back.

The opening song was “I Know Words” which created an anxious and brooding tone as the band members walked out. The intro track was followed up by the heavy and menacing “Twilight Zone” which set the stage for a mysterious silhouette of Cesar Soto with the Guy Fawkes mask creeping out from the shadows.

This is another shot from the side of the stage but towards the back which allows for the thrilled crowd to be included as well.  Angles are limited on the side by only being able to shoot through two small windows. The metal window frames give a nice reflection of the stage lights to help frame up the shot.